Anna Kuzminchuk - the KPI graduate, the veteran of ATO, a young mother 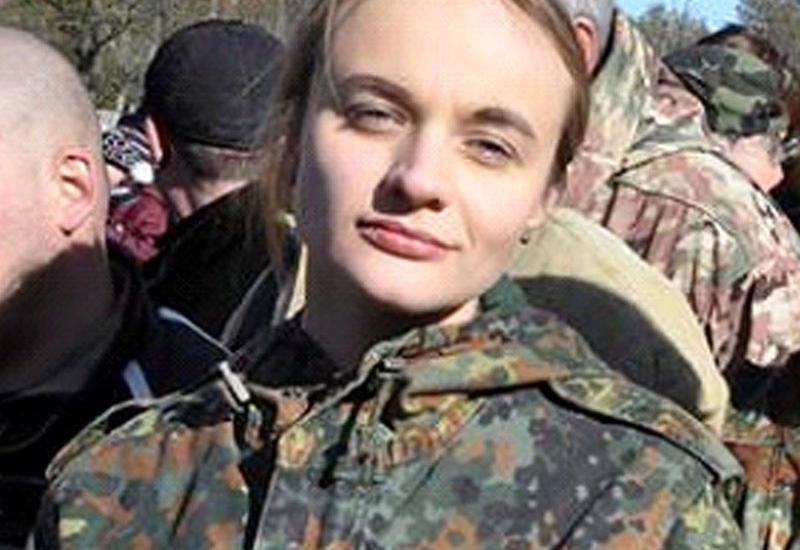 I was told about Anna Kuzminchuk by Elena Belyaeva, KPI volunteer coordinator. She told me very briefly, that Anna recently defended her diploma and almost simultaneously gave birth to a son, and also participated in anti-terrorist operation that continues in eastern Ukraine. I immediately decided to conduct an interview with her.

– Where did you come from, Anna?

– I was born and raised in the wonderful city Dolyna of Ivano-Frankivsk region and very grateful to my parents who have done a great deal to form my views on life, my principles.

– When did you enter the KPI and why did you choose this place?

– To apply to the KPI I decided not right away - hesitated to choose either technic or medical education I‘ve decided to get technic considering that the changes underway in the country, requiring specialists in the development and implementation of high technologies. My choice was Kyiv Polytechnic, because I believed that real chemical-technical schools in Ukraine remained except in KPI and HPI. And then of two variants I choosed KPI, because, firstly, our university is famous for its lack of bribes, and, secondly, it is geographically closer to my home. As for bribes I have a principal position, which contributed my obtaining a medical education. So, I joined KPI in 2011, studied at the Faculty of Chemical Technology, and in late January 2017 defended thesis and get my diploma.

– I know that you took part in the ATO. Tell us a little about it.

– Directly in the ATO I took part from August 2014 to March 2015 and was engaged in tactical medicine with a paramedics group consisting of 25 separate infantry battalion named "Kyivs'ka Rus'". The area of responsibility of our medical team were to evacuate solders from the battlefield, to give them a first aid, to carry out simple medical procedures in terms of stationary medical center of unit location, to do medical support of a unit and others. And, of course, to help soldiers psychologicaly, sometimes in conversations with a cup of tea.

– You mentioned about your parents, what can you say about your current family?

– My husband met before the war, relations began a little bit later. Now we have a wonderful son, born late last year.

– Do you have any passions and whether you can to implement them?

– I like to read and when I have a free time I read. Music is not eben a passion, but something that accompanies us through life. Quite frankly, last time when I was in the theater it was before the war, because of study, or work, or volunteering.  Sometimes it happens that we go to the cinema, although now, with son, no time left. As for social networks, to me, they are no longer my passion but become only a means of communication and news source.