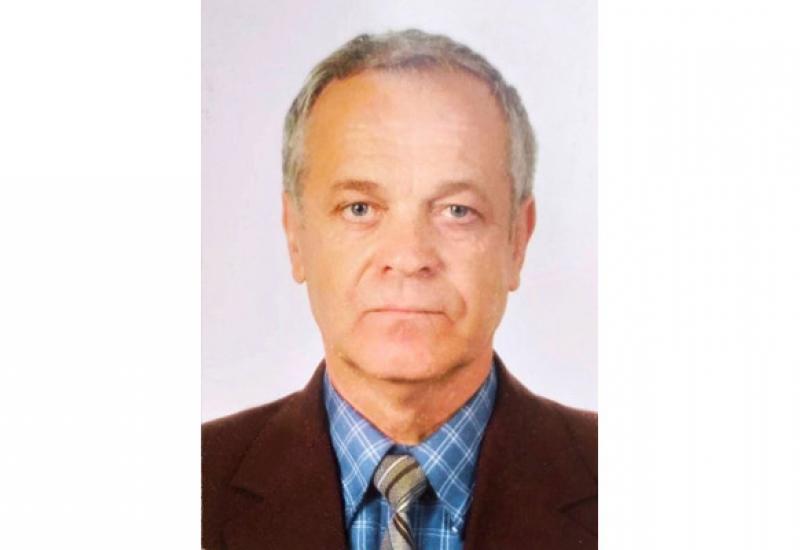 International Intellectual Property Day is approaching. Many Higher Education Institutions honours memories of those who have made a significant contribution to raising the prestige of Ukraine with their innovative developments. It is desirable to remember such people not only when they become our past, but also to respect them during their life.

The Igor Sikorsky Kyiv Polytechnic Institute has a professor, who I have long recommended for the university title of "Honoured Inventor of Igor Sikorsky Kyiv Polytechnic Institute" for his contribution to inventive activity. Unfortunately, for a number of reasons, not all members of the expert advisory commission at the Department of Science and Innovation approved this proposal.

And suddenly, four years ago, a creative professor surprised me by proposing and in 2020 improving a new "Generalized Theorem on Measuring Circle-Related Angles.” This work was published in the scientific-methodical journal "Mathematics in the schools of Ukraine" №34-36 (658-660), December 2020.  After listening to him and carefully studying the theorem, I realized that our university employs a person who can be called "Ukrainian Pythagoras" without hesitation.

This "Ukrainian Pythagoras" is a professor at the Department of Descriptive Geometry, Engineering and Computer Graphics of the Faculty of Physics and Mathematics, Doctor of Technical Sciences Volodymyr Petrovych Yurchuk.

He was born in 1949. In 1969, after graduating from the Berdychiv Engineering College, he became a student of the HMF. He was one of the best students of the legendary associate professor Abram Mykhailovych Haskin. In 1975 he graduated from Igor Sikorsky Kyiv Polytechnic Institute and until 1982 worked in "Soyuzukrbumprom". But he dreamed of working with young people and in 1982 he became an assistant at the Department of Descriptive Geometry and Engineering Graphics. In 1987 he defended his dissertation at the specialized scientific council at the Kyiv Civil Engineering Institute (now - Kyiv National University of Construction and Architecture (KNUCA), and in 2002 there - doctoral also. In 2004 he became a professor of the department. He never stopped scientific and inventive activity. Research direction - development, project-creating and geometric design of the surfaces of active working bodies of agricultural machines by using the theory of conjugate surfaces.

He received 85 patents of Ukraine and two copyright certificates for registration of copyright for a scientific work (theorem). And before that - about 50 more author's certificates of the USSR for inventions. By the way, some of them were successfully introduced into the national economy with a cumulative economic effect of 13.2 million Soviet rubles and more than 5.5 million hryvnias. With his help, students also received 45 patents of Ukraine for utility models. Moreover, 9 of them later became candidates of science. He published 5 monographs, 260 scientific works, six times he became the winner of the university competition "Teacher-researcher" (in 2008, 2010-2014).

Note:  In this case, when one of the arcs of the angle belongs to the circle, or one of the chords passes into the tangent, which passes through the point of contact, the angle is equal to half the arc bounded by the chord. 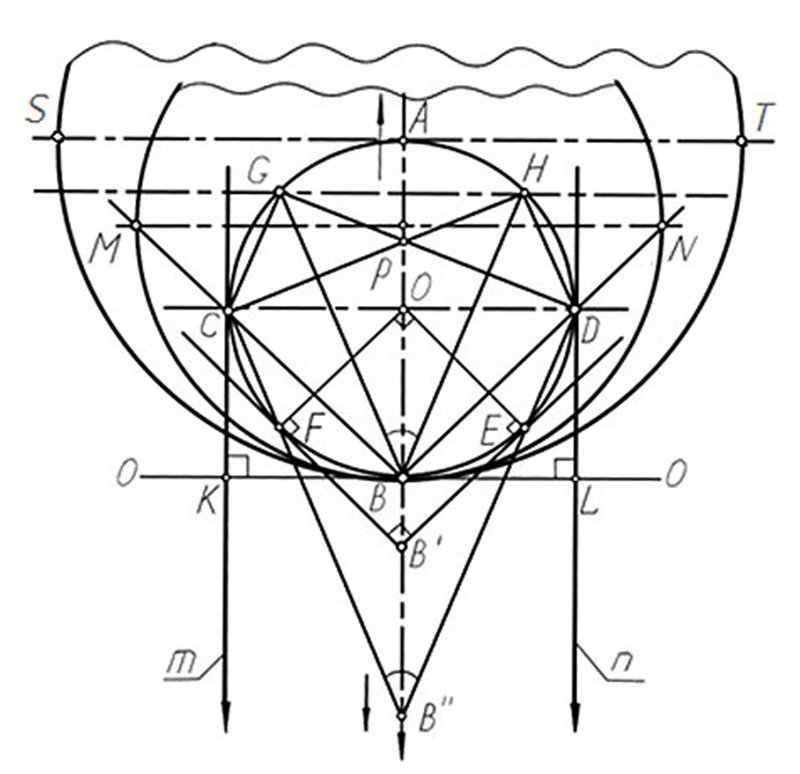 The relationship, ie the factor of "generalization" of these cases, is well illustrated in the diagram of Circle-Related Angles on which the angles are measured.  It should be noted that the value of the angles is measured as an arc bounded by two chords or two radii. And the angle between the chord and the arc is measured as half of the arc bounded by the chord and tangent, which passes through the point of intersection of the chord with a given circle. This is especially easy to verify, given the current state of computer technology.

It should be noted that in this case the chords СВ and ВД act as sides of the angle, the magnitude of which is determined by the magnitude of the arcs СОД (expanded angle) and decreases from 180 ° to 0 ° (when the lines m and n are parallel) - when moving point B from top to bottom, as shown in the "Bowl of angles” (see Scheme).

The above theorem ("Bowl of angles") as a generalized theorem on the measurement of angles associated with a circle, described by the method of the possibility of measuring angles on one circuit of the monitor screen, is valid for all sizes of the circle.

This theorem is already taught to students of many Kyiv schools and lyceums. And, I think, in some time it will be studied not only by Ukrainian schoolchildren. I sincerely hope that the leadership and the scientific and pedagogical community of Igor Sikorsky Kyiv Polytechnic Institute will properly appreciate the achievements of our "Ukrainian Pythagoras" and award him the title of "Honoured Inventor of Igor Sikorsky Kyiv Polytechnic Institute".

Yu.M. Kuznetsov, Professor of the Department of Design of Machines,
President of the CO "National Academy of Sciences of Higher Education of Ukraine", Honoured Inventor of the USSR