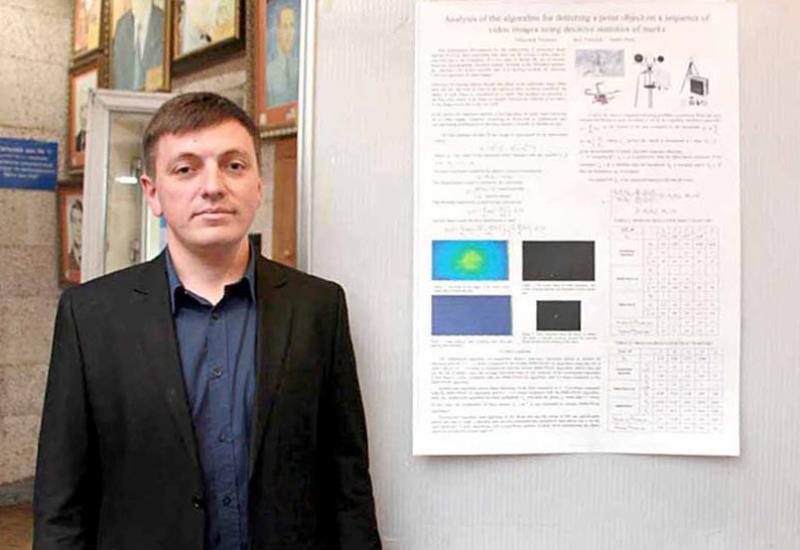 Remotely piloted aircrafts have recently been developing rapidly in Ukraine and in the whole world as well. There are a few manufacturers of such a product because of it’s high level of technological development. Moreover, there are even less professionals who could assess and provide necessary characteristics of their motion. It’s not a secret that at Igor Sikorsky Kyiv Polytechnic Institute they undertake developments, as well as train professionals who would cause interest and satisfy the most demanding customer. Today’s story is about one of them.

Ihor Tovkach, the assistant of the Department of Radio Engineering Devices and Systems (RTPS) and the professional in radar data processing, is among the winners of the university contest “Young Lecturer-Researcher 2019”. Over 10 years of working at Igor Sikorsky Kyiv Polytechnic Institute, he made progress from a school graduate to a successful modern professional who is capable of solving complicated tasks for civil and military needs.

Sometimes one could hear: after choosing a university (or occupation) by accident, one finds his or her vocation (keenness) right here. It could not be said about Ihor. He knew well where he wanted to study and what to do in his life. In 2009, he graduated from “Troyeshchyna” gymnasium in Kyiv (now it is one of 20 best schools of the city, 90 % graduated become the students of higher educational establishments) and entered the Faculty of Radio Engineering at Igor Sikorsky Kyiv Polytechnic Institute (specialization in “Radio-electronic Devices, Systems and Complexes”).

During his 2nd year, he joined the team of the Group of Research and Technology of the department under the guidance of the Vice-Dean, the Associate Professor S. M. Diachenko, where he became fond of advanced studies of information technologies. During his 3rd and 4th years of studies, he designed a specialized software package, which, after being used in more than 60 state establishments of Kyiv region, gave an economic effect that accounts for 3 million UAH (this design then became the topic of his bachelor’s thesis project).

While studying as a master’s students, I. Tovkach studied the topic of “cloud computing” based on the parallel processing og linear irrational data with help of algorithms of recombination (POLIDAR), which later became the topic of his master’s thesis project. In 2015, he graduated from RTF and got a diploma with honours.

The same year he entered post-graduate program at Igor Sikorsky Kyiv Polytechnic Institute and finished his studying successfully by defending his Ph.D. thesis in October 2018 (ahead of schedule, that is why he was rewarded). The topic of the thesis was “The Methods of Adaptive Motion Parameters of Drones Assessment Based on the Sensor Network Measurements”. The research advisor was the Doctor of Technical Science, Professor Serhiy Yakovych Zhuk. In his thesis a scientific task was solved, which was to develop methods of adaptive motion parameters of drones assessment based on TDOA and RSS measurements of sensor network adjusted to complex usage, which recognize different types of drone’s motion. The word “first” was the most often to be uttered by reviewers, opponents and other professionals, while the list of the general scientific and practical results of the work covered more than one page.

Since 2018, the young researcher has worked as a lecturer at RTPS department (assistant, Ph. D. in engineering), teaches practical courses “Element Base of Radio-Electronic Equipment”, “Information Technologies”, “The Basics of Television and Television Systems”.

Scientific and professional interest of the researcher are rather vast: adaptive trajectory processing of radar data, information technologies for data analysis, programming languages.

Last summer, a solemn ceremony of the winners of Kyiv City Mayor’s Award was held in the Pillar Hall of Kyiv City State Administration. The winners were awarded for special achievements in the improvement of the capital of Ukraine - the hero city Kyiv. Ihor Tovkach won the award in the nomination “Scientific Achievements”. Also he became a finalist of the contest of defense technology projects “Sikorsky Challenge” 2019.

Last year a monograph “The Methods of Adaptive Motion Parameters of Drones Assessment Based on the Sensor Network Measurements” was published at “Politekhnika” publishing house (authors: S. Y. Zhuk, I. O. Tovkach). The target audience of the book are the researchers and engineers who create multisensory systems for detection of drones, passive multi-positional  radiolocation systems, as well as post-graduates and students. The young researcher is also the author and co-author of more than 50 research publications, 12 of which are indexed in international scientific data bases Scopus and Web of Science.

We wish new discoveries and accomplishments to promising scientist.