New documents on cooperation with the Chinese partners 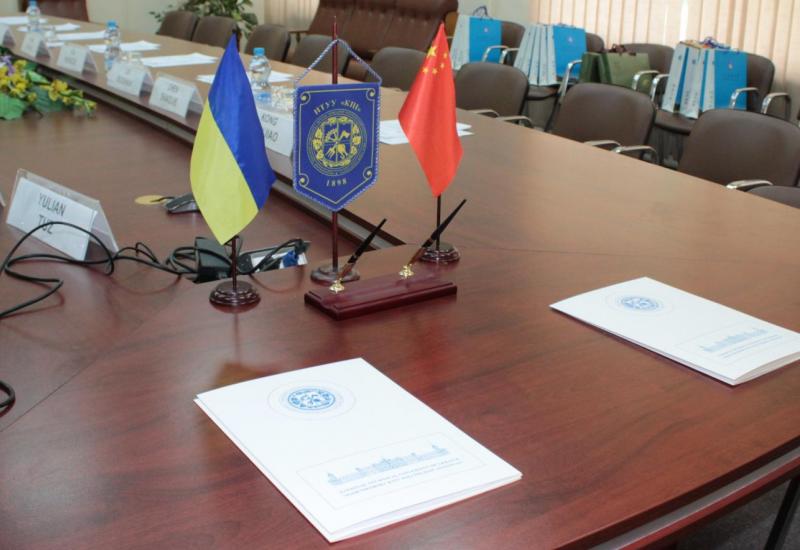 Pro-rector on international relations, correspondent member of the National Academy of Sciences of Ukraine Sergiy Sydorenko, deputy prorector for scientific work Igor Lytvynov, head of the department of foreign economic activity Andriy Shysholin, director of the World Data Center for Geoinformatics and Sustainable Development (WDC-Ukraine) Konstantyn Efremov met with his colleagues from China. , as well as representatives of the Mechanical Engineering Institute and the Faculty of Engineering and Physics (they took part in negotiations with members of the delegation of Nanchang University), representatives of heat and power about the faculty (who talked with members of the Shandong University of Science and Technology delegation) and others.

With the Shandong University of Science and Technology (with its specialists, the Kiev Polytechnicians have already begun cooperation within the framework of the relevant memorandum), an agreement was signed on strategic educational, scientific and technical cooperation. From the Chinese side, the document was signed by Vice-President of Shandong University of Science and Technology Liu Mende, from the Ukrainian - pro-rector of Igor Sikorsky Kyiv Polytechnic Institute Sergiy Sydorenko.

Both documents provide for the deployment of cooperation in all forms of academic mobility, as well as in the exchange of higher education and trainees, in the organization of joint research and exchange of the results, in the publication of articles in scientific journals and thematic collections of scientific works, etc.

In agreement with the Shandong University of Science and Technology, it is also noted that its participants expressed their consent to establish relationship of a long-term education, science and technology, and scientific and innovative cooperation, including the training of masters; preparation of PhD-postgraduate students; conducting of joint educational and research researches and implementation of joint projects; performance of scientific, technical and research work in the interests of each other on a commercial contract basis; In addition, there is the possibility of creating joint working groups, joint educational centers and laboratories and conducts research work with the creation of new technologies, products and their implementation in enterprises and organizations. During the negotiation, the specific directions of these works are also discussed. It is also specifically stipulated that the issue of the use of intellectual property by the results of joint educational, scientific and innovative activities is governed by the conformity with the national legislation of both countries and contractors of bilateral agreements.