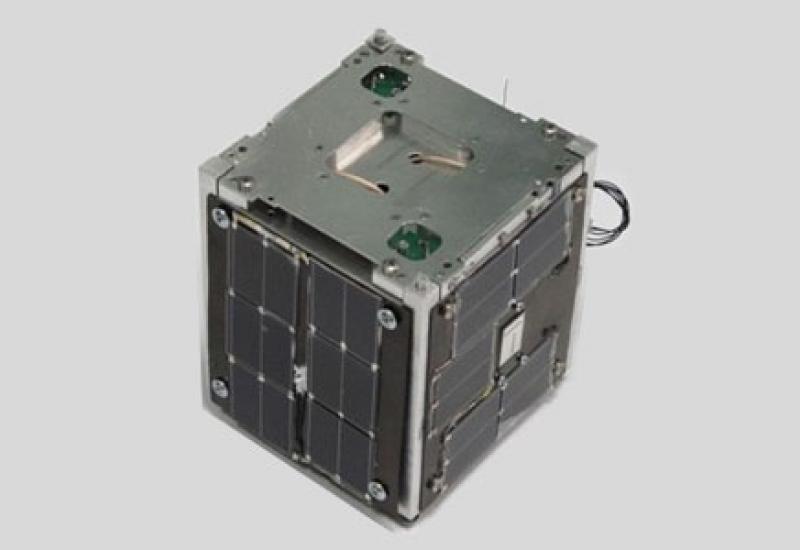 On the night of June, 20 the first Ukrainian Nanosatellite “PolyITAN-1” designed at National Technical University of Ukraine "Kyiv Polytechnic Institute" was put into Earth orbit!

Nanosatellites are class of small Earth satellites, whose creation became possible with the development of miniaturization and nanotechnology. Today they are increasingly used for a variety of space exploration research projects.

This Nanosatellite of “Сubesat” type has weight of about 1 kg and dimensions 10х10х10 cm. It consists of four modules: module of power supply, radio module, control module and payload module. Nanosatellite «PolyITAN-1" designed by a team of scientists, engineers post-graduates and students of Faculty of Heat Power Engineering, Faculty of Radio Engineering, Faculty of Electronics and Institute of Telecommunication Systems of NTUU "KPI" under the guidance of an experienced scientist Candidate of Technical Sciences Boris Rassamakin. All modules designed for this apparatus can be used for a whole series of other satellites.

According to the Vice-Rector of NTUU "KPI" for scientific work, Academician of NAS of Ukraine Michael Ilchenko, the aim of launching “PolyITAN-1” satellite is working out the technological conditions of flight; creation and study of solar sensors for small spacecraft; energy test for designed at the University solar power sources; adaptation to the conditions of space and improvement for future operations of digital information channels from the satellite to Earth and ways to control them; research of the effect space has on the operation of satellite subsystems; study of GPS of original design functioning.

To track the flight of the spacecraft and to conduct the planned research the University has founded the center with necessary test equipment. The results obtained during the flight, the young researchers will use for the design of new models of small satellites, the designing of which is covered by the agreement concluded between NTUU "KPI" and other universities.

Actually, this launch was also carried out within the framework of international cooperation of KPI with other universities all over the world: after presentation of Nanosatellite engineering model at Kalman Institute (Belgium) representatives of Kiev Polytechnic Institute were invited to participate in the International Project QB50, which was attended by many other universities.

So on the 19th of June 33 satellites, designed by scientists from 17 countries were launched into space, among them - the platform with launcher containers QuadPack, designed by ISIS (city of Delft, Netherlands), which contained university microsatellites. Nanosatellite “PolyITAN-1” of NTUU "KPI» was placed with satellites from Argentina, Belgium, Brazil, Denmark, Israel, Singapore and the USA.

All these satellites were launched into space by the rocket carrier "Dnepr" from the base "Yasnyi" (Orenburg region, Russia) at 23 hours 11 minutes local time. Within 16 minutes after the start they have successfully moved away from the third stage and reached the orbits.

By the way, rocket carrier "Dnepr" has also the Ukrainian origin: it was designed by the conversion-based intercontinental ballistic missile RS-20 (15A18) (according to NATO classification - SS-18 "Satana") and manufactured at Dnepropetrovsk plant "Pivdenmash" .

Launching a satellite “PolyITAN-1” designed by Kyiv Polytechnic, became possible due to financial support from the Fund named after Academician V.S.Mykhalevych.