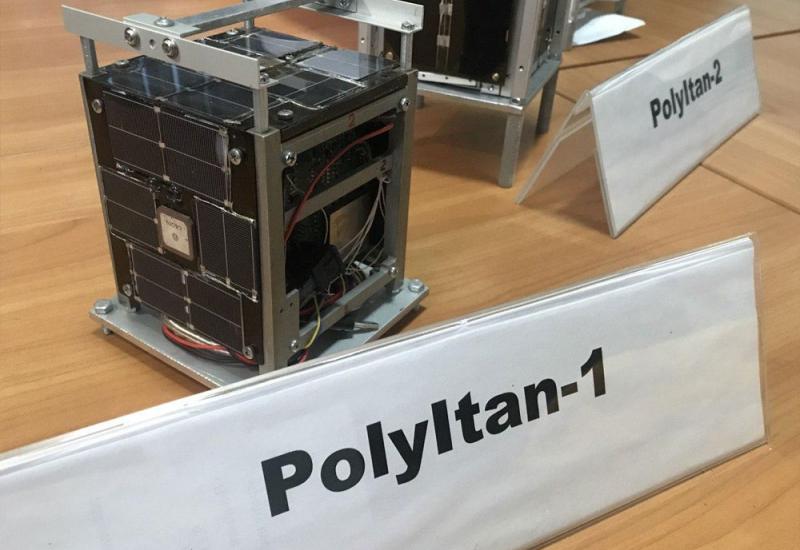 The first Ukrainian polytechnic nanosatellite PolyITAN-1 turned five and a half years old in January 2020. On June 19, 2014, the satellite is in orbit, telemetry from all systems arrives in regular mode.

“PolyITAN-1 is still active - a week ago we removed the parameters and characteristics of its electronic platform subsystems, which change over time. On board, the temperature of electronics, construction, voltage on the power supply busbar is within normal limits. All solar cells are working, charging the batteries and discharging them in the shady part of the orbit. The CPU program interrogates all the subsystems and transmits information about their parameters to the polytechnic ground station and radio amateurs worldwide. The on-board telemetry goes through the radio channel without interruption, ”explains Boris Rassamakin, Ph.D., and head of the Cubesat-standard PolyITAN Nanosatellite Developer Lab. - PolyITAN-1 works well thanks to favorable temperature conditions, radiation protection boards and quality solar panels that provide power to all electronic systems. The design, the radio channel and the solar-powered power subsystem are a particular pride of KPI developers. ”

The device is completely “made in KPI” : development, design, installation, testing - all processes were carried out at the university.  "Only GPS / GLONASS sensors are custom made," said Boris Rassamakin.

At the time of launch, the developers supposed that the device would be able to function in outer space for about a year - given its small size (10 × 10 × 13 cm, weight 1.08 kg) and experimental technological status. However, PolyITAN-1 became the only nanosatellite launched by the “Dnipro” rocket launcher in June 2014, which has not stopped working yet.

Recall that on June 19, 2014, 33 satellites were launched by scientists from 17 countries of the world, and among them - a platform containing QuadPack launch containers, which contained university nanosatellites. Nanosatellite of Igor Sikorsky Kyiv Polytechnic University PolyITAN-1 has been deployed with satellites from Argentina, Belgium, Brazil, Denmark, Israel, Singapore and the USA.

The PolyITAN-1 satellite was developed by a team of scientists, engineers and students from different faculties. The contribution of the Faculty of Heat and Power Engineering to the development became its own cell-panel carbon-plastic structures, with which the scientists of the Faculty of Electronics created silicon photoconverters with a efficiency of up to 20%. Radio communication channels were developed by radio engineering specialists. Together with the radio operators, the ground station was created by specialists of the Telecommunication Systems Institute.

PolyITAN-1 of the Cubesat standard was created for purely technological purposes, but in the future such unified nanosatellites could be used for various projects. Much of the valuable satellite information was used to develop its successor - PolyITAN-2-SAU Cubesat 2U format; - and is already being used in the development of a new series of its successors: 3U PolyITAN-3-PUT, 3U PolyITAN-4-BIO, and 3U PolyITAN-5-Grav.