Bicentenary of the birth of Nikola Tereshchenko: flowers from grateful descendants 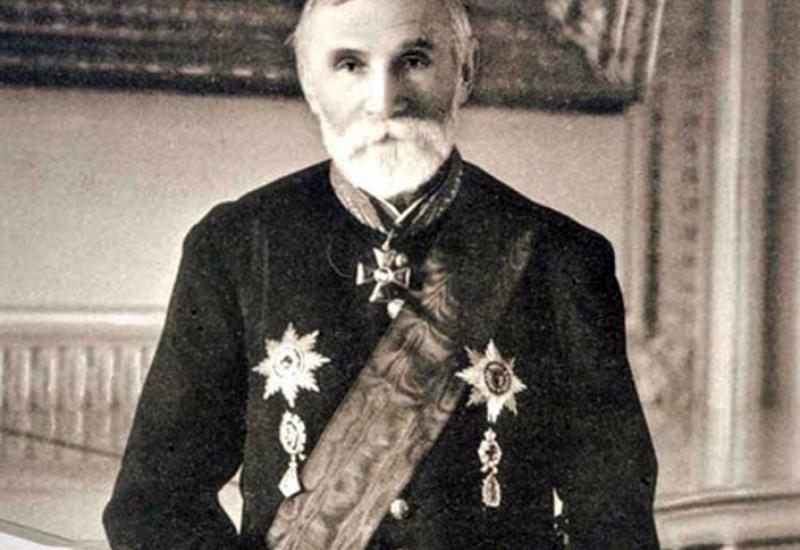 The bicentennial of the birth of the person, without whom the Ukrainian capital would have been completely different, and the National Technical University of Ukraine “Igor Sikorsky Kyiv Polytechnic Institute”, probably, wouldn’t be at all, was celebrated in Kyiv on October 17.

It is all about Nikola Tereshchenko – one of the most famous members of the famous Ukrainian merchant family, a sugar maker, a famous benefactor, public figure, and art collector.

Participants of the memorial service of the philanthropist laid flowers to his monument, which is installed on the territory of the Okhmatdyt National Children’s Specialized Hospital. The ceremony was attended by the hospital management, representatives of the Solomianskyi district state administration of Kyiv, members of the Master Council of the Community of the Protection of Monuments of History and Culture of Ukraine, the Center of Monument Studies of the National Academy of Sciences of Ukraine and staff of Igor Sikorsky Kyiv Polytechnic Institute.

To understand why this man is respected today by Kyiv citizens more than a hundred years after his death, it is worth getting to know him better.

So, Nikola Tereshchenko was born on October 14 (26) in the city of Hlukhiv in the family of a small trader Artemy Tereshchenko, who, thanks to his enterprise, industriousness and intelligence, was able to quickly end up rich and lay the foundations of a family business – sugar manufacturing.

Nikola could not receive a good education – he graduated only from the Hlukhiv city school – but being all-rounded and persistent, he managed to catch up on the lack of knowledge and gained success in all his endeavors. 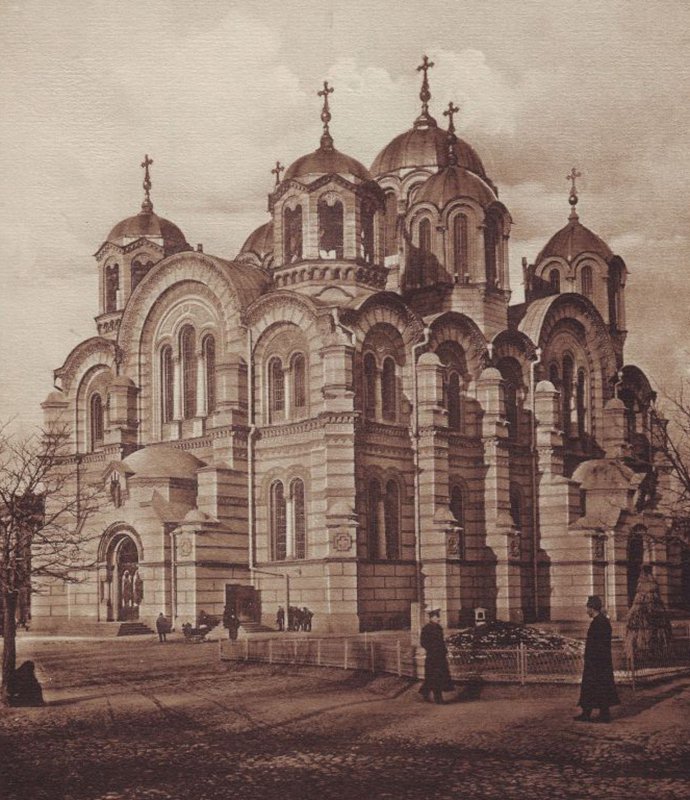 Then, Nikola Tereshchenko began with the chumakuvannya (Ukrainian oxcart transporting grain to Crimea and bringing back salt, fish, etc), which had provided the income for the Ukrainian generation for a very long time – until the creation of the railway network in the Russian Empire in the second half of the 19th century. Having become the main grain purchaser and merchant in Hlukhiv, as well as the owner of several sugar refineries, he was recognized as one of the richest and most influential merchants of his land. At the same time, he was actively engaged in social activities, even several times in a row was elected mayor of Hlukhiv. Then he moved to Moscow, but soon returned to Ukraine and lived in Kyiv until the end of his life – more than a quarter of a century. At the same time, with entrepreneurship, he actively pursued public activities. Apart from this, Nikola was a well-known art connoisseur and collected a significant collection of paintings, works from which, together with works from the collection of his children, later became the basis of the collections of several Kyiv art museums.

A huge part of his life was dedicated to charity. It was thanks to his activity that, despite all the attempts of the Soviet government to mire or erase his name from Ukrainian history, it was not forgotten. Only in Kyiv with his financial assistance were built the Mariinsky Orphanage, a hospital for laborers, an overnight shelter on Basseyna Street (in Soviet times, it housed a maternity hospital), Trinity People’s House (now Kyiv National Academic Operetta Theater), City Museum of Antiquities and Arts (now the National Art Museum of Ukraine), Volodymyr Cathedral and several other churches, several secondary schools etc. At the same time, he was also keenly helping Kyiv orphanages, educational institutions, medical institutions and many other structures and individuals. And there was also his native Hlukhiv, where, by the way, there were also some material evidences of his love for the city. In total in his life (he died on January 19, 1903) he spent more than 5 million rubles on charity – the amount which at that time was almost fantastic.

Of course, for the National Technical University of Ukraine “Igor Sikorsky Kyiv Polytechnic Institute”, the most important thing is that, being one of the industrialists interested in training domestic qualified staff for the economy, Tereshchenko was one of the initiators of the establishment of the Polytechnic Institute in Kyiv and one of its founders. In addition, he promised that if the government approved this idea his sons and he would transfer 150,000 rubles to this case. He fulfilled his promise.

“We couldn’t but come here today,” said Yevhen Bulda, vice president of the Igor Sikorsky Kyiv Polytechnic Institute Alumni Association, before laying flowers to the monument. “After all, we are fully aware that if it wasn’t for Tereshchenko’s contribution to our university foundation, we probably would not have been able to get higher education in such an educational institution and become successful people.” 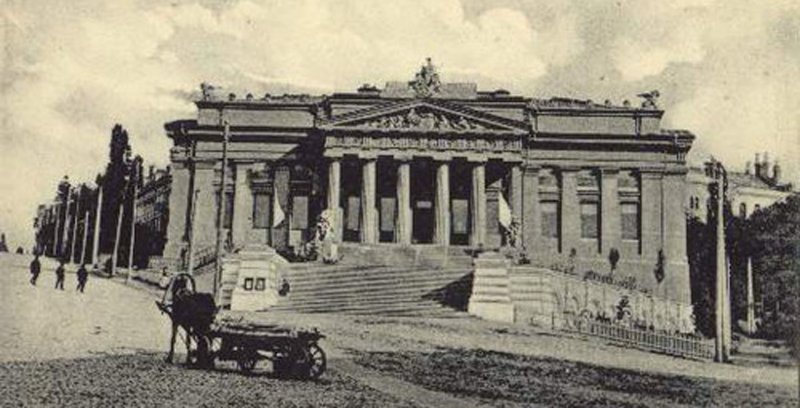 For almost 120 years, some of the faculties of the university have been functioninh in those buildings that were designed and endowed by the philanthropists, including Nikola Tereshchenko. Moreover, today the architectural ensemble of the old part of the university campus has become one of the landmarks of not only the Igor Sikorsky Kyiv Polytechnic Institute, but also of Kyiv and it is not for nothing that field trips are arranged here and the newlyweds like to take pictures.

The buildings of the Okhmatdit National Children’s Specialized Hospital are also very convenient. This medical facility is located on the territory and in the premises of the former “Free Hospital of Tsarevich Nikolai for Laborers” built in 1894 funded by Nikola Tereshchenko. “We have a lucky chance to work in the buildings that were built thanks to Nikola Tereshchenko and his family. In these old buildings, plan is also extremely convenient because it was designed specifically for opening a hospital here,” said the Chief Physician of the Center for Pediatric Cardiology and Cardiac Surgery Volodymyr Zhovnir.

“Now we work in five buildings endowed by Nikola Tereshchenko. These are buildings of neurology, administrative, toxicology, oncohematology and cardiology and cardiac surgery,” added Iryna Sadoviak, Chief Physician of the Okhmatdet National Children's Specialized Hospital. “We deeply respect this person for everything he did for posterity. Because he who does not respect the past has no future.” 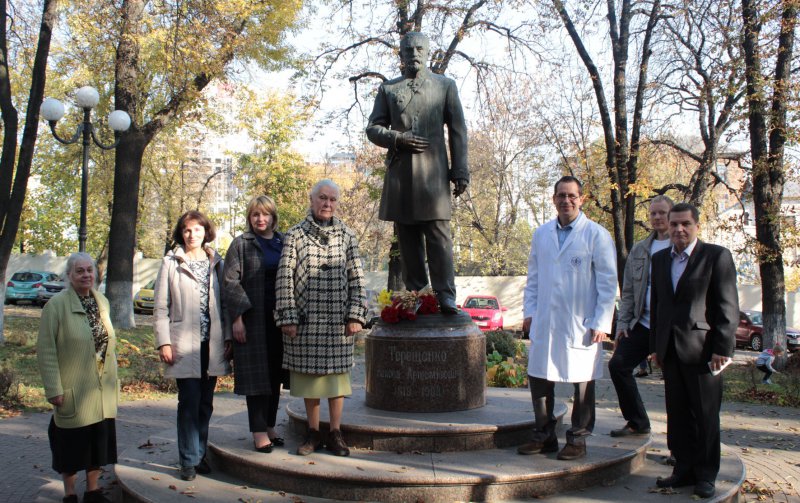 The participants in the ceremony were also addressed by the member of the Main Council of the Community of the Protection of Monuments of History and Culture of Ukraine Lyudmila Molochna. She spoke about the life path and achievements of Nikola Tereshchenko, and suggested holding annual scientific reads of Tereshchenko at Kyiv universities as a scientific event, which could bring together researchers of the past of Ukraine and local history experts.

Finally, one cannot fail to notice that Nikola Tereshchenko was one of those Ukrainian entrepreneurs who laid the foundations of a productive model of partnerships between the state, private capital and the public. A model in which private capital invests in training those professionals who will be useful for his business and for his country, and which demonstrates its effectiveness today.