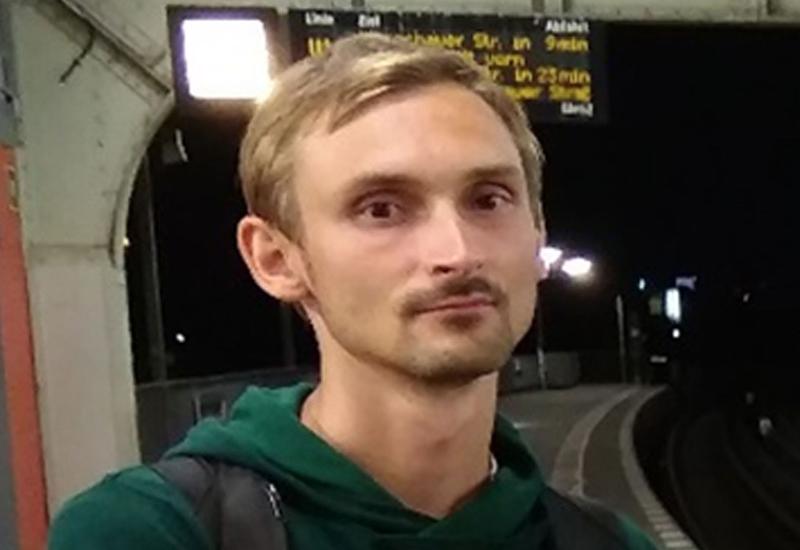 A senior lecturer at the Department of Radio Engineering Devices and Systems, Candidate of Technical Sciences, Olexandr Stanislavovych Neyumin is working with colleagues on such a urgent for the troubled present task .  For the successful completion of the work, he received a grant from the President of Ukraine to support the research of young scientists.

From school years, Olexandr dreamed of getting a technical education in one of the best universities in Ukraine. So in 2005, after graduating from gymnasium №1 in Dubno, he entered the radio engineering faculty of Kyiv Polytechnic. The choice of faculty is due to his father, who gave the right advice at the right time. In 2011, the young man received a full higher education in "Electronic devices, systems and complexes" and qualified as a research engineer.

While studying for a master's degree in 2009–2011, he developed and manufactured a microcontroller-based device for studying the properties of CCD’s(electronic devices that convert images from a lens in a photocamera, videocamera, smartphone or telephone to an electronic image), which was based on his master's thesis.

Later, Olexandr decided to do research, so in November 2011 he entered graduate school. He performed scientific research under the guidance of Doctor of Technical Sciences, Professor Serhiy Yakovlevich Zhuk. They were devoted to the development of consistent methods of target detection using crucial statistics of marks in modern radar systems. While working on the dissertation, the young scientist demonstrated a high level of theoretical training, the ability to work independently with scientific literature, to think creatively, to set and solve complex theoretical and practical problems. This allowed him to submit and defend his master thesis in time. According to the results of scientific research, 4 articles were published in the leading international journal "Radioelectronics and Communications Systems", which is part of the scientometric database Scopus.

Olexandr Stanislavovich has been working at the department since 2014,  he enjoys the authority and respect of research and teaching staff and students, he is honest, hardworking and responsible. His research interests include signal processing in electronic systems, programming languages (C / C ++, Python), embedded systems.

To participate in the competition for a grant from the President of Ukraine to support the research of young scientists, Oleksandr Neuymin chose the topic "Development of methods for detecting unmanned aerial vehicles on video image sequences." The research topic is due to the fact that the development of technologies for the construction of unmanned aerial vehicles (UAVs), their availability and widespread use to solve a wide range of problems has led to the emergence of a new class of threats: use for terrorist purposes, photographing secret objects, obtaining unauthorized access to information on wireless networks, invasion of prohibited territory, etc. Therefore, there is a need to develop security systems that solve the problem of detection, location and parameters of the UAV movement.

The aim of the work is to increase the efficiency of UAV detection using a video surveillance system by developing methods for detecting moving point objects on video image sequences. To achieve the goal of the project it is necessary to solve a number of tasks:

So we wish the young scientist success in implementing his plans. And let this little victory become an inspiration for further scientific work.