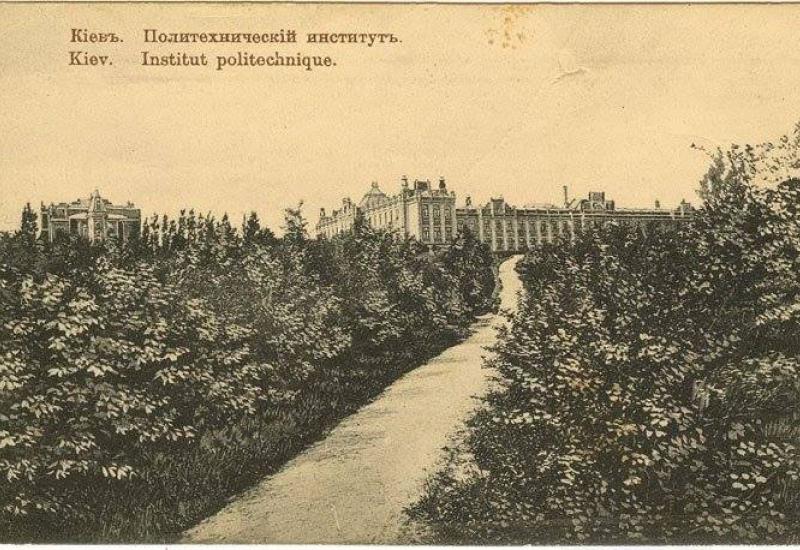 May we remind: "KP" began to сenter about prominent scientists, whose memory is immortalized in busts installed in the foyer of the State Polytechnic Museum under the Igor Sikorsky KPI. We have already wrote about Academicians Y.O. Paton and I.P. Bardin in the previous article. This one is devoted to Academicians S.P. Korolev and M.M. Bogolyubov.

Right behind the bust of I.P. Bardin rises the bust of the Academician, twice the Hero of Socialist Labor, Serhiy Pavlovich Korolev (January 12, 1907 - January 14, 1966). This is a prominent scientist, engineer, lead organizer of rocket and space technology and rocket weapons production of the USSR, artificial Earth orbiters, manned space crafts, the founder of practical cosmonautics, the awardee of the Lenin Prize (1957), the Chevalier of the K.E. Tsyolkovsky  Gold Medal.

In 1924-1926 Serhiy Korolev studied at the Kiev Polytechnic Institute, at the Faculty of Mechanics, which attracted him first and foremost by the honored higher-education teaching personnel and the presence of a gliding project team.

In 1926 he transferred to the Moscow Higher Technical School for Faculty of Aeromechanics, major - aircraft engineering (later this faculty split into an independent airinstitute). At the same time, he graduated from the Moscow school of pilots. His diploma project was the development of light aeroplane ‘SK-4’ performed under the authority of A. M. Tupolev. The airplane was built and passed the flight testing.

In 1929 he met with K. E. Tsyolkovsky, who advised him to develop the technology for space-flight and presented the book ‘Space missile trains’. The young engineer took interest in the idea of ​​building up a missile-type aircraft. From 1931 he had worked in the Group for the Study of Reactive Motion. From 1933 he had worked in the newly formed Jet Research Institute, where in 1934 he headed the Department of Missile Aircraft later on. In the same year he published his study ‘Rocket flight in the stratosphere’.

In 1938 he was arrested, accused of "counterrevolutionary Trotskyist actions" and sentenced to 10 years in prison. Punishment served in Colima. After revision of the case in 1940, he worked in the design bureaus of the special regime under the People's Commissariat for Internal Affairs of the USSR.

In 1945 he was sent to Germany for studying the captured missilery (FAU-2). Since 1946 – he was the chief designer of long-range ballistic missile.

By virtue of the gathered experience and engineering gift, he developed the first military missiles in the USSR. Under his guidance, the first Soviet ballistic missiles are being created successively: P-1 - a copy of the German A-4 / Fau-2; created on its basis and considerably improved Р-2; operational-tactical P-11 and its first modification for submarines R-11FM; the intermediate-range missile R-5, which modification the P-5M became the world's first nuclear warhead launch vehicle. Almost all of these missiles had their own geophysical modifications and were actively used for scientific studies of upper layers of the atmosphere. In the 50's S.P. Korolev participated in the construction of the ground earth fixed services at the Baikonur spaceport, ruled the development of the first spacecraft in the USSR, led the launch of the world's first artificial earth orbiter (1957), participated in the preparation and launch of the automatic interplanetary station ‘Luna – 1’, ‘Luna-2’, ‘Luna-3’ (1959). The latter handed over the photos of the far side of the Moon.

S.P. Korolev was mover of a proposal and the actual leader of the unofficial Council of Chief Designers, which united the main constructors of the then existing rocket industry.

He created the world's first intercontinental ballistic missile R-7. It’s first successful launch took place on 27th August, 1957. The R-7 became the basis for the creation of a whole range of launch vehicles, which provided a number of achievements in the field of unmanned and manned space. Under his auspices, there were launches of the world's first artificial Sun orbiters, flights of automatic interplanetary stations to Mars and Venus. He took the lead of the development and launch of satellites of the series "Electron", "Molniya", "Cosmos", the first automatic interplanetary station "Zond" (1964). He was in control of the designing ‘Sputnik", "Molniya", "Vostok" launch vehicles, the development and launch of the manned ‘Vostok’, "Voskhod" spacecrafts.

S.P. Korolev's hour of triumph was the 12th of April, 1961, when he led the first flight of man into space. That day, the astronaut Yuri Gagarin made one turn around the planet Earth on the ship "Vostok" and successfully returned to Earth.

In 1962, he arranged and conducted the first group flight of the Vostok-3 and Vostok-4 ships, and in 1963 he arranged and conducted the second group flight of Vostok-5 and Vostok-6 ships. On the ship "Vostok-6" the first Soviet cosmonaut Valentina Tereshkova made the three-days independent flight to space, the only for the day. In 1964, he approved the project of the ‘Soyuz’ rocket complex, developed by specialists under his guidance.

In 1965 he headed the flight of the ship "Voskhod-2", in the course of which the cosmonaut Alexei Leonov entered the open space for the first time in the history of cosmonautics.

As the head of the Soviet program on the Moon research, he prepared a flight of the automatic interplanetary station "Luna-9" on the surface of the Earth's orbiter to study it, which later successfully made a soft landing on the Moon.

Korolev brought up numerous followers both scientists and engineers.

On the right of the foyer rises a bust of the Doctor of Mathematics, academician of the Academy of Sciences of the USSR (1953) and Academy of Sciences of the Ukrainian Soviet Socialist Republic (1948), laureate of the State Prize (1947), the Hero of Socialist Labor (1969) Mykola Mykolayovich Bogolubov (August 8, 1909 - February 13, 1992). He is a Soviet mathematician and mechanic, a theoretical physicist, the founder of scientific schools of nonlinear mechanics and theoretical physics.

At the tender age of 14, he was engaged in the seminar of the Department of Mathematical Physics of the University of Kyiv under the authority of Academician D.O.Grave. He wrote his first academic paper in 1924. In 1925, at the age of 16, he was admitted to the postgraduate studies of the Academy of Sciences of the USSR under the tutelage of academician M.M. Krylov. In 1928 he passed Ph.D. thesis defense. The Presidium of Academy of Sciences of the Ukrainian Soviet Socialist Republic awarded him a doctorate degree in mathematics honoris causa in 1930.

The main Bogolyubov's works on mathematics and mechanics concerned of the calculus of variations, methods of approximate solution of mathematical analysis, differential equations, equations of mathematical physics and the theory of dynamical systems. His scientific results gave scientists the opportunity to construct a consistent theory of oscillatory processes in nonlinear systems. Such processes include vibrations of various machines, electromagnetic oscillations, and others.

His scientific works of 1945-1947 in this field enriched Soviet science with new reserches in mathematical physics and became widely known not only in the USSR, but also abroad. They have a great applied significance, their results are used to solve important current issues in radio engineering, issues of static and dynamic stability of synchronous motors, longitudinal stability of aircrafts, applied mechanics, etc.

In the early 1950s, the scientist turned to quantum field theory. He gave a clear evidence of the dispersion relations in the theory of strong interactions (1955-1956).

In 1946, he developed a consistent microscopic theory of superfluidity and special mathematical methods, which are now the basis of the new method. All this gave him the opportunity to fully solve the question of superconductivity.

At the session of the plenipotentiary representatives of the governments of the member states of the Joint Institute for Nuclear Research in Dubno he was appointed to the position of the director of this institute. In 1966, he became the first director of the Institute for Theoretical Physics of the of Academy of Sciences of the Ukrainian Soviet Socialist Republic in Kyiv, while simultaneously he was Academician-Secretary of the Department of Mathematics of the USSR Academy of Sciences (1963-1988). In 1983-1989 he was the head of the V.A. Steklov Mathematical Institute in Moscow.

((to be continued) )
Lyudmila Bashtova, junior researcher of the State Polytechnic Museum