Andriy V. Gilchuk: Energetics of the future is created by youth 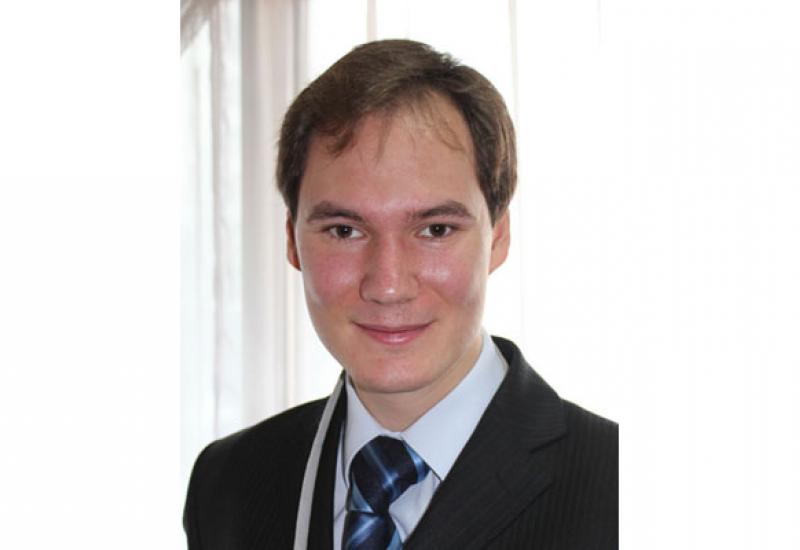 Today, the world needs breakthrough energy technologies based on the fundamental and new achievements of physics, mathematics, thermodynamics and other sciences. Young researchers and students are actively involved in this work.

Among them, candidate of physical and mathematical sciences, senior lecturer Andriy V. Gilchuk, winner of the university competition “Young Teacher-Researcher 2017”. He is a student of the Kyiv Polytechnic. He joined the Physical-Technical Institute in 2004. From the first days of training he felt the high level of teaching and the demands given by the teachers – graduates of the MPhTI, who stood at the origins of the Physical-Technical Institute of NTUU “KPI”, and experienced teachers - graduates of the university. These are such professionals as G.E. Monastyrskyi, O.V.Gomonai, D.V.Filin, V.V. Ivanov. For Andriy Volodymyrovych they still are an example in teaching and research work.

During his studies, he began working as an engineer-operator of mass spectrometric equipment, Auger and X-ray microprobes. In 2010, having graduated from the magistracy, he continued his postgraduate studies at the Department of Applied Physics of the Kyiv Polytechnic. Under the direction of associate professor G.E.Monastyrskyi he began to study the properties of alloys with the memory effect of the forms created by the new methods of powder metallurgy.

In 2011 he received a grant from the Government of France for research at the Institut De Chimie Et Des Materiaux (Institute of Chemistry and Materials Science), located in the suburbs of Paris. It is worth noting the high level of the scientific staff of this institute. In particular, there began the study of quasicrystals (the Nobel Prize in Chemistry, 2011). While in France, thanks to Professor Patrick Oshan, A. Gilchuk also conducted a study at Ecole Nasionale superieurede chimie de Paris (Paris School of Chemistry).

From 2012 he began working at the Department of Applied Physics at the NTUU “KPI” as an assistant. In 2014 at the G.V.Kardyumov Institute of Metal Physics he defended his Ph.D. thesis on the specialty “Solid State Physics” (scientific advisor, assistant professor G.E.Monastyrskyi). Since 2015, he has been working at the Academy of Sciences of Ukraine at A.A. Halatov Department of Physics of Power Systems, initially as assistant, and from 2016 – as a Senior Lecturer.

In his teaching A.Gilchuk pays attention to the development of critical and logical thinking in students, the search and independent analysis of information and autonomy in general. With particular enthusiasm, he is an experimenter for laboratory work. In particular, together with students, they upgraded some laboratory equipment, which improved the convergence of experimental data with theoretical ones. For three years I have been involved in the preparation of the Igor Sikorsky KPI teams to the All-Ukrainian Student Physics Tournament. Teams received awards of varying degrees.

Member of the jury of the national stage of the international competition of scientific and technical creativity of students of Intel ISEF - Intel-TechnoUkraine, a member of the jury of the Olympiad in Physics, . Igor Sikorsky KPI for schoolchildren, member of the program committee of the section “Actual questions of modern physics” of the All-Ukrainian scientific and practical conference of students, postgraduates and young scientists.

Recently, together with colleagues from the G.V.Kardyumov Institute of Metal Physics. of the National Academy of Sciences of Ukraine and V.Ye. Lashkarev the Institute of Semiconductor Physics  he is engaged in the study of the properties of highly dispersed and nanostructured semiconductor media based on ZnS, ZnO, Cu / Cu2O, Cu2ZnSnS4 obtained by electroerosive dispersion and self-propagating high-temperature synthesis, which can be used, in particular, in solar energy.

According to the results of scientific work, he has co-authored 12 articles in the publications of the international scientific-computer database Scopus, two Ukrainian patents for invention and useful model, articles in professional magazines of Ukraine, abstracts and materials of conferences of different levels.

The researcher actively engages students in the scientific work. Three works i the Scopus international science and technology database were co-authored with the students. Students, under his guidance, participated in numerous conferences of different levels. Under the direction of A.V.Gilchuk one master dissertation and 4 bachelor degree theses have been defended.

A lot of work, discoveries and creative finds ahead of the scientist. We wish him success on this path.

Information of the Institute of Physics and Engineering