Environmental safety of the fuel and energy complex 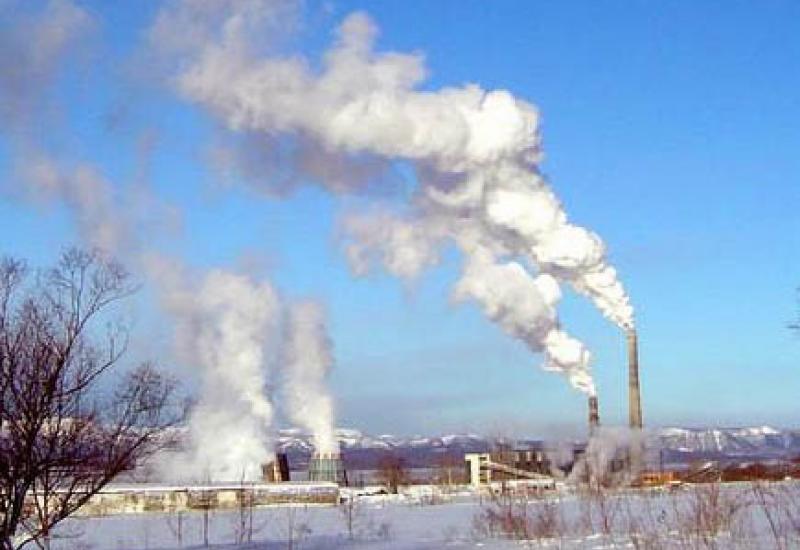 The humanity are facing today three main particularly acute interrelated problems - provision of food, energy and environmental security. In addressing these issues a special place belongs to the energy sector, the development of which depends on the economic situation of society and the environment. Concentrating huge material and recycling the enormous energy resources, actively intervening in hydro-, litho and atmospheric environment, energy industry can change, and is already changing the environment.

Ukraine is on the list of highly energy-developed countries of the world. Its energy industry today meets the needs of the country's electric power and can produce a significant amount of electricity for export. According to the Ministry of Energy, this year it will be consumed 16 million tons of oil, 65 billion cubic meters of natural gas, 194 billion kWh of electricity. With respect to these indicators in the Energy Strategy of Ukraine until 2030 is predicted that electricity consumption will increase by 2 times, the consumption of oil for domestic consumption - 1.5 times; consumption of coal products - 2 times, power generation plants will increase by 2.2 times. At the same time, it is assumed that the natural gas consumption will decrease to 49,500 billion m3.

However, the effectiveness of the fuel and energy complex raises many questions for scientists, economists and experts in this field. The objects include Energy thermal, nuclear and hydroelectric power plants, boilers; nuclear-industrial complex; the coal industry - coal mining, coal processing; oil and gas companies; power lines and the heating system; gas and oil and product. All of them, together and individually adversely affect the environment and are classified as environmentally hazardous. And in terms of accidents, emergencies and catastrophic situations it could turn into a real threat to national security. These objects pose a threat to the state of the air, accelerating the greenhouse phenomenon affecting the status of surface water and groundwater, soil, distort the natural landscape, especially in the coal industry, which are sources of pollution by harmful substances, causing heat, radiation, electromagnetic, acoustic and other physical impacts on the local, regional and global scales.

The critical state in deficit of national energy resources, and obsolescent technology of extraction, transportation, processing and use of natural fuels, reducing the quality of fuel supplied in the energy sector - all this reduces the environmental safety of the functioning of the industry and requires the development of strategies and the implementation of specific operational activities of national importance. Such ecological situation in the country is due to a number of factors both objective and subjective, including the lack of a state program to ensure a high level of environmental safety and specific measures to improve it. It is not possible in the future to ensure a secure energy supply of the country, which would become the key to its national security.

The biggest concern today are caused by the following problems. The construction and operation of hydropower facilities means an alienation of large areas, distortions of landscapes, changing meteorological, hydrological and hydrogeological conditions, mechanical disturbance of the geological environment, the change of seismic regime territories. It produces chemical and biological pollution, the development of exogenous geological processes (flooding, re-formation of the reservoir banks, shifts), and others.

The most difficult and potentially dangerous processes are now observed in the basins of the Dnieper, Dniester and Southern Bug, where it is concentrated mainly the hydropower capacity of the country. This area of Ukraine is one of the most developed in industrial and agricultural respect. Its river systems are large interstate and inter-regional multi-sectoral water management systems that require priority attention in the development of this state programs.

HPS (heat power stations) today operate with mainly outdated equipment, which is mostly exhausted their resources and needs immediate renovation. This, in turn, leads to as excess levels of air pollution emissions, especially those that run on coal. Monitoring studies found that the proportion of thermal power electricity in total air pollution generated by industrial emissions, is about 40%, and sulfuric anhydrite - up to 60%. Without immediate action from the government on the modernization of power units and HPS on the verge of 2010 one can occur emergency shutdown of a number of units that will lead to a sharp decline in the production of electricity.

Formally, Ukraine performs today requirements of the Directive 88/609 / EEC on the reduction of emissions from existing plants. However, this is not due to the implementation of environmental protection measures, but due to drop in production. Therefore, the expected output of the economic crisis will lead to an increase in emissions if no actions will be taken. Prevent the growth of emissions on can only with the introduction of new technologies and the installation of protective filters.

Nuclear power has played a leading role in ensuring the energy needs of Ukraine. It produces about 48% of electricity consumed in the country, and in some periods of the year, this contribution is greater than 50%. This is equivalent to burning about 40 million tons of coal a year. It helps to keep an acceptable level of wholesale electricity tariff; reduces the emission into the atmosphere of "greenhouse" gases.

According to expert estimates, placed in the Energy Strategy of Ukraine until 2030, nuclear-power complex in the next 20-30 years will play a strategic role in ensuring energy security of Ukraine. Production of electricity in nuclear power plants planned to be maximum use of uranium and zirconium of own production and development of technology of nuclear fuel fabrication.

International Atomic Energy Agency (IAEA), which is under the auspices of the United Nations, recognizing the need to minimize the likelihood of risks in nuclear energy, is constantly introducing new measures and safeguards to improve security in all parts of the nuclear fuel cycle, from uranium mining, processing in plant operation, transport and storage of nuclear materials.

For reliable operation of the nuclear energy industry the following relevant objectives are needed: ensuring a guaranteed supply of fresh nuclear fuel and disposal of waste; improvement of the physical protection of nuclear facilities and the establishment of a system to counter nuclear terrorism, ensuring the safe management of radioactive waste; compliance with nuclear, radiation and environmental safety, ensuring the availability of the necessary equipment, maintaining the necessary level of scientific and engineering and design activities, and the like.

Ukraine faces a new objective changes in the economy and in the various sectors of the economy associated with the innovative direction of development and should stimulate the production of products for energy-saving and environmentally friendly technologies of the best international standards. Analysis of the main provisions of the "Energy Strategy of Ukraine till 2030" indicates the possibility of further improvement due to proposals (including scientists from institutions of higher education) to enhance the exploration and production of domestic fossil fuels, their enrichment, diversification and the use of fuel as well as through the development and implementation of recommendations for the development of relations and mutual interest of the state, scientists and entrepreneurs to increase the use of domestic energy resources to enhance the energy security of the country.

In this case, the prospects for future research lies in the definition of the existing mechanisms, tools and ways of increasing the potential energy resources in the context of energy security of the state.