Student Anna Zarovska and Her First Achievements in Science 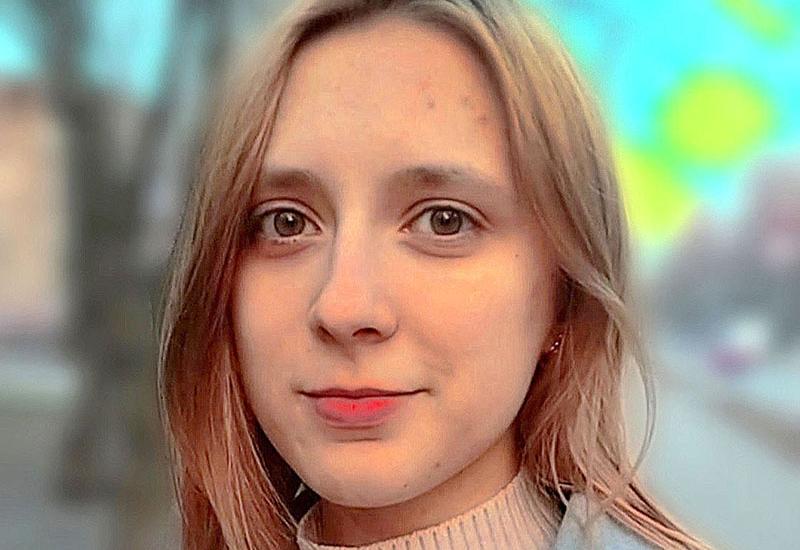 We want to inform some good news. Following the results of the second round of the All-Ukrainian competition of student research papers 2021 in Physics and Astronomy, Anna Zarovska, a student of the Department of Power Systems Physics of the IPT of Igor Sikorsky Kyiv Polytechnic Institute, got awarded a diploma III degree for the scientific work “Plasmon resonance in Au nanoparticles”. The competition was fierce. Our student, Anna Zarovska, scored 84.6 points, only 3.4 points behind first place!

A total of 35 students from 22 free educational institutions of Ukraine took part in the competition, and 9 participants went into the second round. The tour took place based on the Institute of Physics and Technology of Vasyl Stefanyk Precarpathian National University. The presentation of the works by the contestants due to the pandemic took place online in the Cisco Webex Meetings system.

Let us take a look at the content of Anna Zarovska's scientific work. Plasmon resonance depends on many factors, including the dielectric constant of the medium, the electric field, the size of nanoparticles, and others. By capturing some aspects and varying others, you can trace these dependencies and then use them in practice. For example, the dependence of plasmon resonance on the dielectric constant of the medium is used in biodetection. That is why this area of ​​research is developing rapidly. In her work, Anna decided to combine different factors and evaluate their complex effect on the plasmon resonance while previous studies consider only one of the factors in one shot. The innovation not only increases the accuracy of detection devices but also expands the use of this phenomenon. Experiments to identify and evaluate dependencies were conducted based on the Institute of Semiconductor Physics named after V.Ye. Lashkareva National Academy of Sciences of Ukraine. She presented the research results for the first time at the All-Ukrainian scientific-practical conference of students, graduate students, and young scientists in May 2020. Moreover, Anna published the article "Plasmon resonance in Au nanoparticles in the presence of a dielectric".

Anna Zarovskaya has preferred the exact sciences since childhood. It is not surprising because several generations of her family members have worked as math teachers. At the age of 5, Anna went to the first grade of the specialized school of physical and mathematical profile №12 of the city of Chernihiv. There, she fell in love with Mathematics and got acquainted with Physics.  Thanks to the amusing and thorough teaching of this subject at school, the girl chose Applied Physics and Nanomaterials at Igor Sikorsky Kyiv Polytechnic Institute.

Anna is currently in her 5th year and has never regretted her choice. The Institute of Physics and Technology is an exceptional place for people who want and love to study. Sometimes it is difficult for her, but the girl knows that only through hard work can you succeed. Anna trains not only at the university.  In 2017 and 2018, she attended the Spring School of NNEGC "Energoatom". Thanks to this school, she got on a tour of the Khmelnytskyi and South-Ukrainian nuclear power plants. The knowledge gained during school later came in handy for the girl in the study of various subjects, as this topic is relevant to the specialization of the Department of Power Systems Physics.

In general, studying Physics is sometimes thorny, but it becomes much easier when there is an experienced and dedicated mentor. For Anna, such a person became her supervisor - Associate Professor of the     Department of Power Systems Physics Andrii Hilchuk. He is an example of a scientist that a girl would like to become, and she purposefully goes to her goal.