Conference on Renewable and Hydrogen Energy 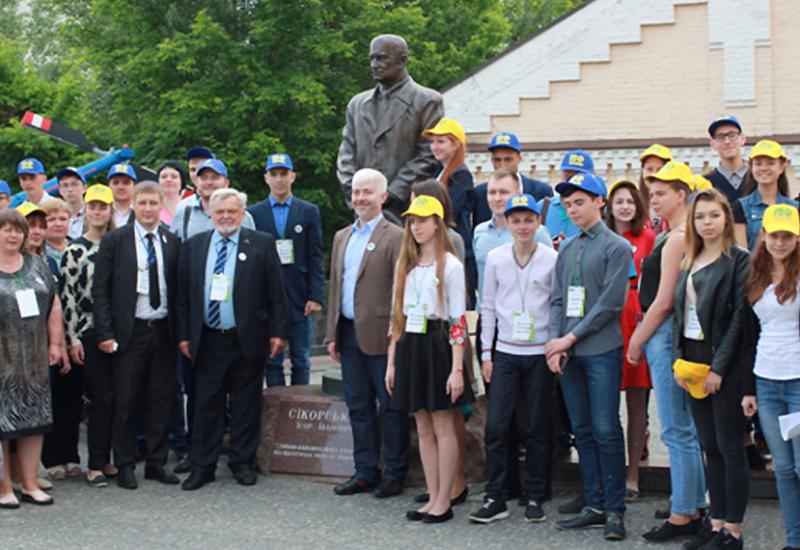 The second section – the youth section – where students-researchers presented their reports was held at the 6th Building in the hall of the Administrative Council of Igor Sikorsky KPI. The youth section of the conference was attended by more than 70 participants and guests, including schoolchildren and heads of their scientific projects from ten regions of Ukraine - Volyn, Donetsk, Dnipropetrovsk, Kirovohrad, Poltava, Ivano-Frankivsk, Luhansk, Kherson, Chernihiv and Kyiv.

In the reports presented at the youth section schoolchildren – the members of the Small Academy of Sciences of Ukraine presented the results of their researches and discussed the problems and prospects of the development of the use of renewable energy sources in the complex with the involvement of hydrogen technologies for the accumulation, storage and transfer of clean electricity produced for household and industrial needs of the country, the use of bioenergy resources and the warmth of the environment, the energy of the sun to solve the issues of heating, which in result will allow Ukraine to achieve energy independence.

A good tradition is the presentation of the existing models of experimental installations by students with demonstration of their work for all participants and guests of the conference. In particular, the tenth-year student of the Lutsk educational complex " Vasyl Sukhomlynsky Gymnasium № 14" Andriy Homon presented an energy-efficient solar battery with a Sun orientation manipulator, which can significantly increase the electricity consumption of the systems of this type.

Within the framework of the event, young scientists and guests of the conference got acquainted with the history of the university, had an interesting and meaningful excursion through the territory of the educational institution, the Museum of Igor Sikorsky KPI.