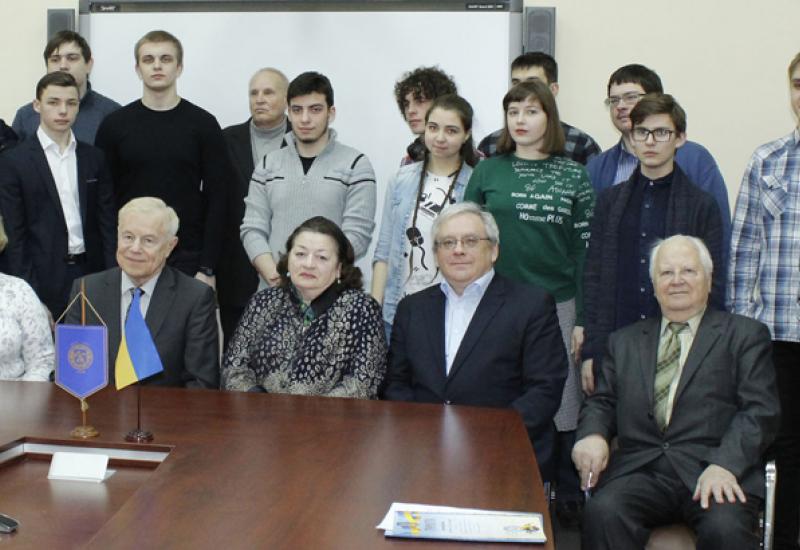 This year around 250 students of different courses from 19 faculties and institutes of Igor Sikorsky KPI took part in the Olympiad. The most numerous teams were sent by the Faculty of Informatics and Computer Science, the Faculty of Management and Marketing, and the Institute of Physics and Technology.

Traditionally, the Olympiad was held in two categories: for first-year students and senior students. During four hours, students competed in solving nine unique mathematical problems that teachers of the Department of Mathematical Analysis and Probability Theory prepare for this event each year. After the competition, all the participants' works were thoroughly checked and analyzed by the jury of the Olympiad, which announced with winners, who were Olexandr Mirgorodskyi (FICS, GP-72) among the first-year students, Oleksandr MishYn (FICS, IT-61) and Oleksiy Saynoga (IPSA, KA-51) among senior students. Second place was occupied among the students of senior courses by Vladyslav Pesterenikov (FICS, GPI-73) and Varvara Molchanova (FICS, grade IV-71) among first-year students and Yaroslav Taranov (IPSA, CA-61). The third places were won by Erwin Abkerimov (IPT, FB-73), Nikita Shyshkin (IPT, FB-73), Oleksandr Muzyka (FICS, IV-71), Oleksiy Gorbachevskyi (FPM, KM-73), Kateryna Lenska (FICS, GPI-72), Vladyslav Mokrousov (FICS, GPI-71) in the first year and Vladislav Shram (IPSA, KA-41) and Bogdan Snizhko (IPSA, gamer KA- 41) at senior courses.

At the solemn meeting of the jury of the Olympiad, honorary diplomas and awards and winners were presented to prize-winners by Yu.I.Yakymenko, the first vice-rector of the Igor Sikorsky KPI. He congratulated the laureates and wished them new creative heights and successes in further developments, as well as in scientific work. During the awarding ceremony, O.A.Pavlov, Dean of the FICS, V.D.Romanenko, Deputy Director of IPSA, A.P. Yakovleva, deputy dean of the IPSA, V.V. Vanin, dean of the FMF, members of the jury O.I. Klesov, Deputy Chief of the Department of Mathematical Analysis and Probability Theory, and I.V.Orlovsky, associate professor of the department.

Already for the sixth time, with the awarding of the winners of the Olympiad, the competitors were awarded with V.V. Buldygin prize for creative achievements and best performances at the Olympiad. According to the results this year its laureates were Oleksandr Mishin, Alexander Mirgorodskyi and Oleksiy Sainoga, who received honorary diplomas, memorable medals and monetary awards from the hands of N.O. Pidsukha, widow of V.V.Buldygin.

The staff of the Department of Mathematical Analysis and Probability Theory has been successfully engaged in organizing of mathematical olympiads in our university and preparing talented student youth for mathematical competitions of different levels for many years. The department hosts a student group “Nonstandard and Olympiad Problems of Algebra and Analysis”, which is attended by students from many faculties and institutes. Classes are held separately for students of the first and senior courses, which allows to adapt the program depending on the material learned in the lectures on mathematics. Only in recent years, the participants of the club became the winners and prizewinners of the most prestigious international and all-Ukrainian Olympiads in mathematics more than 30 times.

The results of the Olympiad, the problem and their solution are posted on the site of the Department of Mathematical Analysis and Probability Theory http://matan. kpi.ua/uk/olimpiada2018.html.

V.V. Pavlenkov, the assistant of the Department
of Mathematical Analysis and Probability Theory