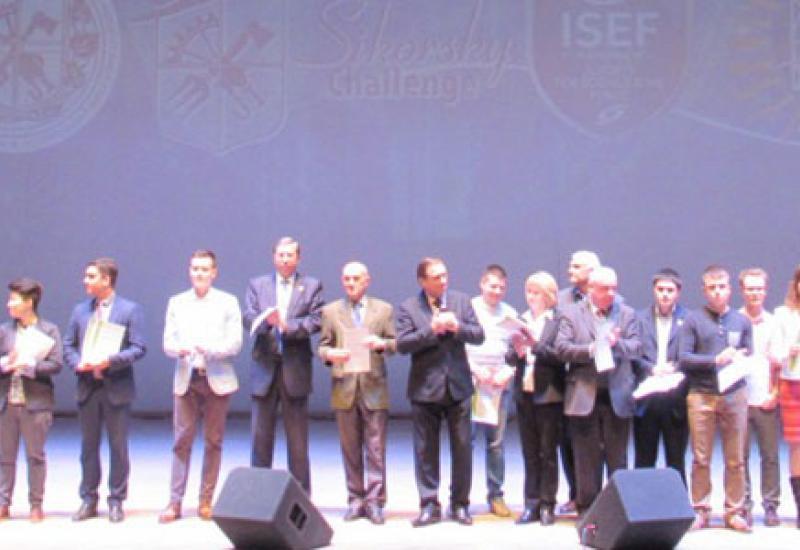 The ceremony of grand closure of the ‘Sikorsky Challenge 2017’ festival took place at the Center of Culture and Arts of the National Technical University of Ukraine ‘Igor Sikorsky Kyiv Polytechnic Institute’ on 13th of October. The chairmen of the International Jury of the start-up competition ‘Sikorsky Challenge’ and the ‘Intel-Techno Ukraine’ competition together with representatives of investors and sponsors announced the winners and granted awards and presents to the best project authors.

Traditionally, the organizers and members of the International Jury of the start-up competition took the stage of the Center of Culture and Arts. The winners became 45 out the 63 projects presented in the final of the competition. Their authors signed memorandums of cooperation with potential investors or were marked by the International Expert Jury.

The International Expert Jury marked out such projects in the following nominations:

Sikorsky Challenge Innovation holding has signed joint operation agreement with 17 start-up teams that have become the finalists of the start-up competition.

Particularly solemn was the awarding ceremony of the "Intel-Techno Ukraine 2017-2018" contest winners - the national stage of the international competition "Intel-ISEF".

The project authors supported on all six categories by the partners and sponsors of the competition were first to take the stage. They were awarded diplomas and certificates, as well as special prizes and valuable gifts from partner companies and from international scientific societies. Following this, the presenters announced the names of the project authors that took the fourth place, then the third, the second and finally the first. Each of the winners came the stage of the Center of Culture and Arts and took diplomas and prized.

The following projects are recommended for participation in the grand-final of the World Competition ‘Intel ISEF’ in the United States:

In the photo: the winners of the Sikorsky Challenge start-up competition on the stage of the Center of Culture and Arts.