Members of the SAS presented the world their inventions 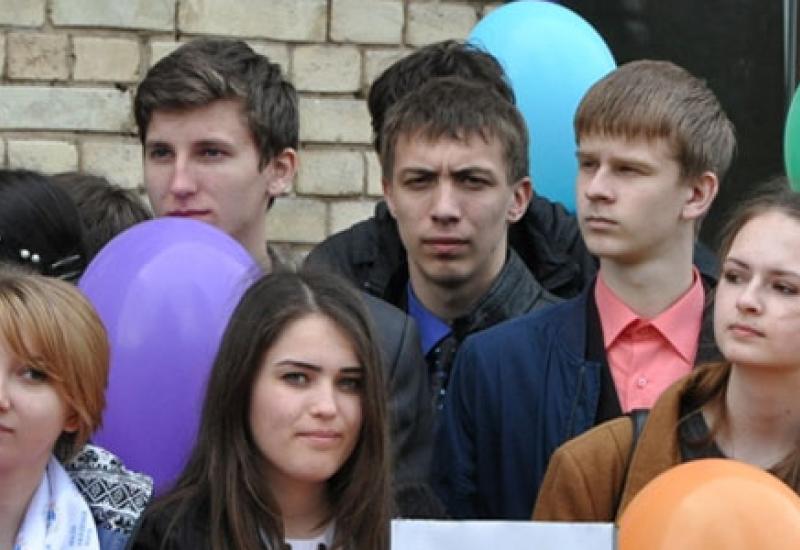 On April, 25 two hundred and fifty finalists of Ukraine defense of scientific researches, students of Junior Academy of Sciences of Ukraine in front of the main building of NTUU " KPI" released into the sky colored balloons with tied to them names of their inventions. Organizers called this event "Give your invention to the world ."

This event is dedicated to the International Day of intellectual property , national festival of science and , of course, Ukrainian competition of research works , the final stage of which took place at NTUU "KPI". The director of the National Center "Small Academy of Sciences of Ukraine" Oksen Lisovii said that the main objective of the action was to draw public attention to the hundreds and thousands of interesting technical solutions which Ukraine is generating now. Once again I remind you that it has a strong intellectual capacity and can share it with the world, but the state should create conditions for innovation , new technologies , training and face the talented children. And yet - to interest the domestic businessmen who need to understand that scientific and technical creativity of youth - a potential source of their income, and by taking custody of talented young people in the future they will have opportunities to develop not only their own business , but also the economy of the whole country .

Children and adolescents who give the world their inventions , working on them all year round. At the initial stage of the competition there were more than 100,000 . The final reached the best works of students - members of branches of computer science and engineering MAN. These developments have been exposed to open air at the entrance of one of the oldest buildings of Kiev Polytechnic, and and anyone could see it. Almost one hundred percent safe to say that the inventors have found their vocation in life, and the next stage of their establishment in the profession will be educated in leading technical universities of Ukraine , including the KPI.

The First Vice-Rector of NTUU "KPI", member of NAS of Ukraine Yuriy Yakymenko said : "Of course, searching for creative young people is one of the main tasks of the state. Balloons with the names of your developments you release into the air. But we really would like to see the inventors to stay here in our country and in our university. We sincerely congadulate you and invite you for study and further cooperation . "

Also the Rector of NTUU " KPI", member of the National Academy of Sciences of Ukraine, Mikhailo Zgurovsky cordially welcomed the participants of the festival : "Every year we invite graduate students of SAS for education, and they are the best of our students. Your developments are extremely important for us , because new ideas in the near future may be embodied in large -scale projects . I want to wish you a bright future . That you will in the track of Korolev, Paton and many, many other famous people who studied and worked here . Good luck! ".

SAS President of Ukraine, member of National Academy of Sciences , Director of Telecommunications and Global Information Space NAS of Ukraine Stanislav Dovgij immediately showed that the protesters are marching in this direction . In general applause , he gave one of the participants, a young inventor Konstantin Dimov certificate of registration of copyright of computer program for model creating buildings` heating. He added that over the past two years, members of the SAS have received more than 100 copyrights and patents . And then started the countdown , which was picked up by all those who stood in the square , " Ten , nine , eight, seven .... ". After the final "Start! " Protesters released in April sky two and a half hundreds of baloons that brought to world their inventions , ideas and dreams.