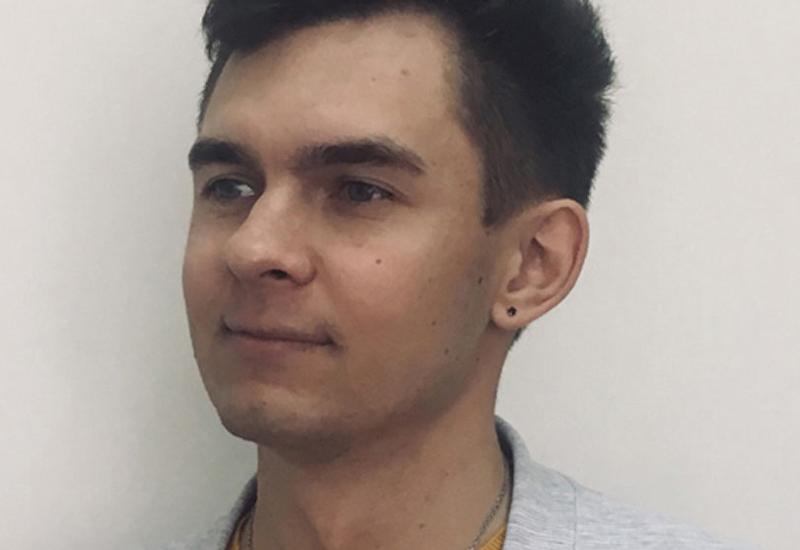 Senior Lecturer of the Department of Mathematical Modeling of Economic Systems of the FMM Ph.D. Ivan Pyshnograyev, one of the winners of the University Contest “Young Teacher-Researcher 2017”.

Kyiv Polytechnic really became his alma mater. In 2012, he graduated from the Igor Sikorsky Kyiv Polytechnic Institute with the specialty “Applied Mathematics” and received a diploma with honors. In the same year he entered the postgraduate studies of the university and began to work part-time at the Department of Mathematical Modeling of Economic Systems. Thesis on “Optimal control and minimax estimation for parabolic-hyperbolic equations with point nonlocal boundary conditions” under the direction of D.Sc., prof. V.O. Kapustyana was defended in October 2016

Now a young researcher conducts scientific and pedagogical activity. He teaches courses: “Higher Mathematics for Economists”, “Digital Methods in Economic-Mathematical Modeling”, “Processing and Analysis of Extremely Large Data Bases”. He is responsible for the scientific direction of the department's work. He is currently developing a course on data analysis and machine learning.

While still a student, I. Pyshnograyev worked part-time technically, and later became an engineer at the World Data Center for Geoinformatics and Sustainable Development. Currently he serves as deputy director of the center. His professional development is due to the scientific counsellor, the prof. V.O.Kapustyana, director of the center K.V.Yefremov and the scientific head of the center of the academician of the National Academy of Sciences of Ukraine M.Z.Zgurovskyi.

Since 2009, I.Pyshnograyev has been working within the framework of state budget themes and international projects in the field of modeling the behavior of complex socio-economic systems. This year, STCU Project No. 6166 “Development of Information Technologies for Modeling, Quantitative Evaluation and Forecasting the Impact of the Consequences of Conflicts and Proliferation on the Sustainable Development of the Society in the Regional and Global Contexts” and their impact on world development, funded by the European Union, was completed. In 2015-2016, under the guidance of Academician M.Z. Zgurovskyi, the modelling and research of future scenarios for the development of the Ukrainian economy was conducted, in 2014 – modelling and evaluation for the countries of the world for the development of a knowledge-based society , etc. In all these projects I. Pyshnograyev took an active part, was a co-author of the publications. Today, he is working on improving the methodology of scenario modelling and forecasting, analysis of the interconnections of political and economic processes within the country.

Among others Ivan Oleksandrovych takes an active part in international unions and events. He is co-chair of WDS Early Career Researchers and Scientists Network, who trained in Italy and China.

Senior lecturer I. Pyshnograyev is the author of more than 50 scientific and educational works, including 11 articles in professional journals (six are part of the Scopus and Web of Science scientific-mathematical bases), is the co-author of 7 collective monographs. He takes an active part in the work of scientific and technical conferences and seminars and engages students in it.