Nicolas Copernicus - great Polish astronomer, author of the heliocentric system of the world 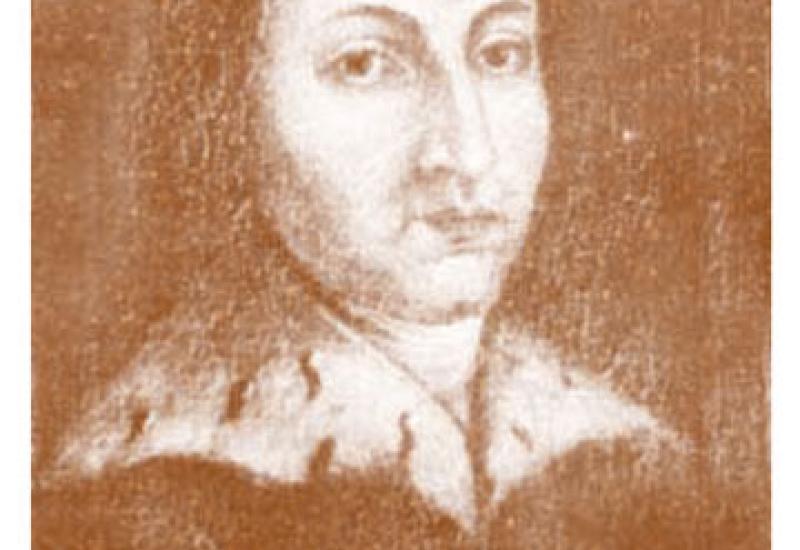 This week, the world celebrated 540 years since the birth of the great Polish astronomer and mathematician Nicolas Copernicus. The publication of his main work "On the Revolutions of the Heavenly Spheres", which set out his heliocentric system of the world, has become an event with which historians are counting the first scientific revolution XVI - XVIII centuries.

Nicolas Copernicus was born on February 19, 1473 in the Polish city of Torun on the banks of the Vistula River, in the family of a merchant - a native of Germany. He was the fourth child in the family. After his father died during the plague the uncle, Bishop Lukasz Vachenrode mother's brother, cured about the education of his nephew. Nicholas received an excellent education - first studied at the Faculty of Arts of the Jagiellonian University in Krakow, and then - at the Faculty of the University of Bologna, where he studied civil and canon law, and the University of Padua, where he studied medicine. At the University of Ferrara he received his doctorate in theology.

Copernicus returned home at the end of 1503 and settled in Lidzbark Varmiyskiy and later became a canonic in Frombork - fishermen town on the Vistula. Despite church affairs (canonic - is the highest title a Roman Catholic priest, who would be obliged with the obligations of a member Episcopal Capitular, ie collegium at the Cathedral Church), Copernicus in Frombork actively conducted astronomical research. Its previous hypotheses about the universe, he outlined in "Little comments," written about in 1516. However, he was interested in those days not only in astronomy: Copernicus designed and organized the construction of a hydraulic machine Frombork, which supplied water to the houses of citizens, and then took part in the launch of the Polish Mint. And among the people around fromborsky canon Nicolas Copernicus was known as the doctor who helped free. In 1519 he had even come to fight the epidemic of plague. Furthermore, Copernicus was an artist - now at the Jagiellonian University in Krakow there is a copy of his self-portrait with autograph.

During the war with the Crusaders, in November 1520, Copernicus was elected administrator of the possessions of the chapter in Olsztyn and Pieniężno. In a short time he was able to significantly strengthen the castle. Under his command, the small garrison of Olsztyn managed to defend and protect the city. After the conclusion of peace pact in April 1521 Copernicus was appointed Commissioner of Warmia, and in autumn 1523 - Chancellor of the Chapter.

In the early 1530's the work on a new Copernican theory and its recording in "On the Revolutions of the Celestial Spheres" was basically over. By that time the world system, the author of which was an ancient Greek scientist Claudius Ptolemy, was existed near one and half thousands years. But Copernicus believed that the man perceives the movement of the heavenly bodies as well as the movement of various objects in the world when the Earth moves. To the observer on Earth, it seems that the earth is stationary and the sun moves around it. In fact, and this is the first mathematically proved Copernicus, that the earth moves around the sun, and in the year makes a complete revolution in its orbit. Only when the great Polish scientist was dying, his friends brought him the first printed copy of the book "On the Revolutions of the Celestial Spheres". A May 24, 1543 Nicholas Copernicus died.

For a time his work is freely distributed among scientists. For several decades after his death the philosopher Giordano Bruno and the physicist and astronomer Galileo Galilei started to be interested in it. The views of Copernicus set a background for a philosophical system of Giordano Bruno, according to which the universe is composed of an infinite number of systems, like solar. Galileo using a telescope discovered the moons of Jupiter and Saturn, the phases of Venus, and other phenomena, confirming the correctness of the Copernican theory. Bruno and Galileo were recognized by Inquisition as heretics. The book of Copernicus also was declared heretical. It was entered in the "Index of Forbidden Books", where it was until 1833. However, the world fame has not bypassed outstanding Polish scientist. His theory became the basis for many studies in the field of astronomy and mechanics and was developed in the works of Johannes Kepler, Isaac Newton and others, and, in the end, it was well recognized best monument to Copernicus.

For a long time the place of burial of Nicolas Copernicus was unknown. Only in 2008 with the help of DNA analysis it was found out that the scientist was buried in the cathedral city of Frombork.

Copernicus' On the Revolutions of the Celestial Spheres "

From introduction to the first book

Among the many and varied arts and sciences that nourish human minds, I think, first of all need to be given high effort and devote those related to the most beautiful and the most deserving for the knowledge items. These are the science that studies the divine rotation peace movement of the stars, their magnitudes, distances, east and west, as well as other causes of celestial phenomena and finally explain the whole shape of the universe. And what could be more beautiful firmament, accommodating everything perfect! ...

Many philosophers, because of the extreme perfection of heaven, called it the visible God. Therefore, if we evaluate the merits of science, depending on the work that they do, the most outstanding will be that some call astrology, others - astronomy, and many of the ancient - completion of mathematics. This science itself, undoubtedly, is the head of the noble science and the most decent employment of free man. Almost all mathematics rely on it. Arithmetic, geometry, optics, geodesy, mechanics and others have their attitude to it.

And since the purpose of all noble sciences - to distract the person from vices and to send his mind for the better, the more can do astronomy because it gives the mind almost unbelievably great pleasure ... And what benefits and what the state decoration brings astronomy! ..

This beautifully was observed by Plato, who in the seventh book of the "law" suggests that to complete mastery of astronomy must strive for the reason that it can help spread the order of days in months and years as possible holidays and make sacrifices State lively and cheerful ... Plato also believes that nothing is impossible to do or who to be called divine, if he does not possess the necessary knowledge about the sun, moon and other luminaries.