Ukrainian hovercraft? It is real! 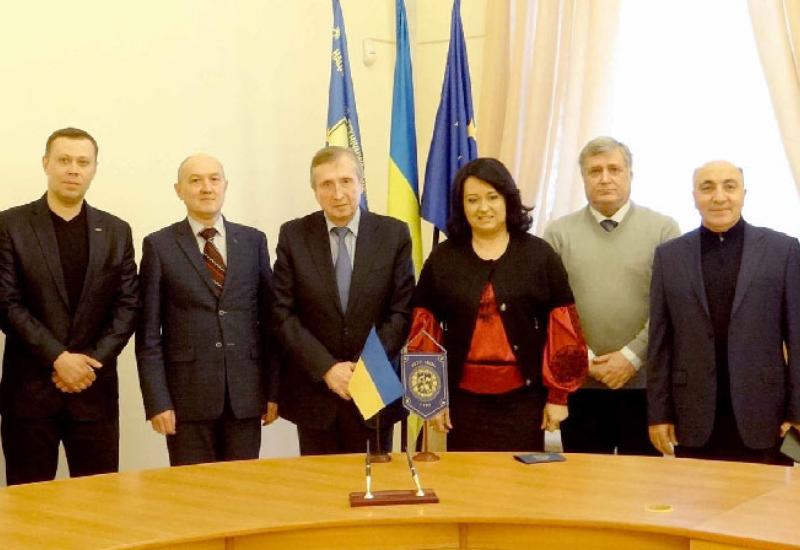 March 18 has a chance to go down in history as the birthday of a new industry in Ukraine - the flying water transport industry. This is the opinion of Kostiantyn Petrov, a participant in the signing of a cooperation agreement between Igor Sikorsky Kyiv Polytechnic Institute and LLC “Aerostar Ukrainian Aviation Company”, and the director of the flying sea and river fleet department of this company. This agreement was signed on behalf of Igor Sikorsky Kyiv Polytechnic Institute by Michael Zgurovsky, Rector of the University, Academician of the National Academy of Sciences of Ukraine, and on behalf of Aerostar by its President, well-known public figure, politician and businesswoman Lyudmyla Suprun.

Boats, which can be attributed to the "flying sea or river fleet" - are known among engineers and amateurs of hovercraft - vehicles that can fly within the range of the aerodynamic screen at a relatively low (up to several meters) altitude over ground or snow and ice covered surface. However, water surfaces are considered to be the most suitable for such equipment. At the same mass and speed, the wing area of the hovercraft is much smaller than that of any aircraft, and the load capacity and energy efficiency are higher. But according to the classification of the International Maritime Organization IMO and the International Civil Aviation Organization ICAO, such aircraft still do not belong to aircraft, but to seagoing vessels.

The first working samples of hovercrafts were created in the fifties of the twentieth century, but for a number of reasons, including technical, they have not been widely developed. Nowadays, interest in them is gradually reviving. "Today, both the United States and China plan to build their own flying ships. I think that Ukraine can have great success in this area, - said Lyudmyla Suprun. - The prerequisites for this are very simple: Igor Sikorsky Kyiv Polytechnic Institute is a leader in this field. It is unique that there are many scientific schools that can combine their specializations and capabilities for the design and manufacture of such vessels. And I even think that soon we will be able to make the first flight on such a ship over the Dnipro from Kyiv to Cherkasy. I am sure that we will cover this distance much faster than any superactual cars, trains or modern yachts. I believe that we will be able to do this together, because Igor Sikorsky Kyiv Polytechnic Institute, Ukrainian company Aerostar, which has been operating in the market for over 25 years, as well as the National Aviation University will be involved in the project

So c and Aerostar are developing extensive cooperation in creating a new type of vehicle for our country. But not only in this. The agreement, signed on March 18, defines the main areas of partnership. There are three of them. Of course, the university and the company will work together in the field of scientific activity, first of all in conducting scientific research, technological tests, experiments, demonstration activities, implementation of joint scientific and technical developments in the chosen direction, etc. Hence the provisions on cooperation in the field of innovation - joint participation in innovative projects, introduction of new technologies and forms of organization of production and sale of science-intensive competitive products on domestic and foreign markets, joint efforts to develop the Innovation Ecosystem of Sikorsky Challenge, promoting the implementation of the developments of students and staff of the university and so on. And, of course, the agreement defines a number of targets for cooperation in the field of education. In accordance with its provisions, as the part of the Institute of Aerospace Technologies of Igor Sikorsky Kyiv Polytechnic Institute, on the basis of which this cooperation will be developed, Training and Research Centre for Flying Naval Engineering and specialized laboratories are set to be opened. Also there are agreements to create conditions for providing and carrying out educational process in the form of dual education.

It is also worth noting that the representatives of the company "Aerostar” did not come out of nowhere with proposals for joint work on the development and production of hovercraft. "We have been working on projects of such vehicles for a long time. Last year we even went with one of them to the competition of innovative projects "Sikorsky Challenge". That is, we have developments and specialists in relevant fields. Now we will bring our work in line with the defined requirements and objectives. There is an idea that we will be able to create a whole line of such vessels - different in purpose, load capacity and other characteristics, - said the director of IAT, Professor Ivan Korobko. - Igor Sikorsky Kyiv Polytechnic Institute will become the research and development centre of this work, the developer not only of the concept, but also of constructive decisions. At the same time, the time for realization of the plan is very short. Therefore, this is an extremely complex innovative project, useful not only for its initiators, but also for our students. Of course, they will also be involved in work. "

And if, as it was said at the beginning, March 18 only has a chance to go down in history as the birthday of the flying water transport industry in Ukraine, the agreement concluded on that day is a truly historic document.