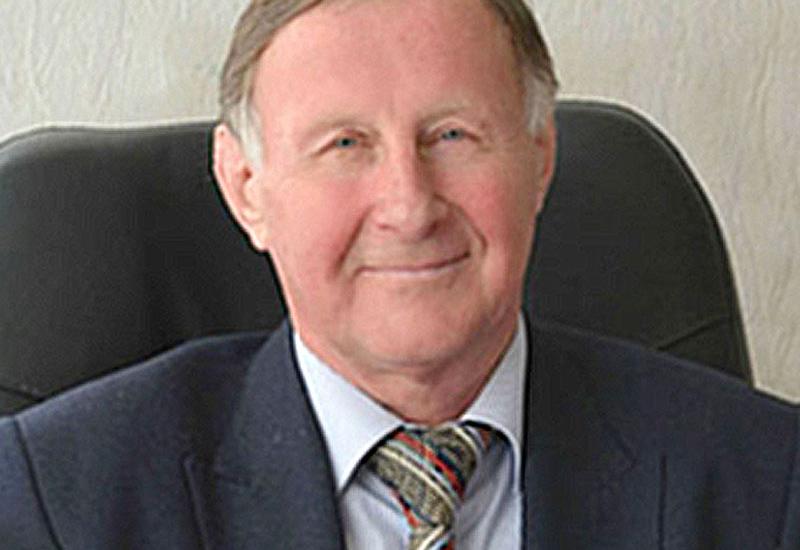 It became a stunner for all of us when at the end of 2019, it turned out that Vitalii Semenovych did not submit his candidacy for the position he had held for over 33 years. Instead, he recommended his junior colleague and student Professor Serhii Naida. Such behavior surprised many at the University because everyone knew that the Department under Didkovskyi leadership was never left behind either in specialists training or in research. Now, Vitalii Semenovych Didkovskyi is revealing the reasons for his decision and telling about many years of his work at the University to our newspaper “Kyiv Politechnic”.

‘For many years you have been combining purely research, education, and administrative activities. At the same time, you have been working hard in all these areas. Yet, still last year you decided not to apply for the competition. What was the reason?’ the correspondent started the conversation. However, very quickly the conversation covered a lot of issues since Vitalii Didkovskyi was never limited by being only Head of the Department and solving administrative issues.

‘I have previously worked at this faculty as a teacher of theoretical mechanics and collaborated with its staff in research because my doctoral dissertation was to solve problems of protection of control units of strategic ballistic missiles from the effects of acoustic fields. And that's why our then Rector Hryhorii Ivanovych Denysenko decided that I would be able to head the Department of Acoustics - I understood the topic as well. Hryhorii Ivanovych sometimes could do such experiments.

The first five years became a challenge to combine research and administration. Luckily, I managed to find common ground with my colleagues and we started to work together and prepare dissertations. In my opinion, it was then when the Department began to work as it should work at a university like ours. I mean, we carried out relevant research, published articles, new textbooks and manuals, and, of course, continued training specialists. By the way, during my work as the Head of the Department, 22 textbooks and manuals with the stamp of the Ministry of Education were released. Among them, there were several monographs with my participation.’

It should be noted that during his long-term work in one place Vitalii Didkovskyi was not isolated from practical and relevant research. It could not have been the other way, however, because those decades became very challenging for the state and demanded rapid technology development. And to keep in trend meant to react quickly and adapt to rapidly changing environments.

‘Back in 1987, we realized at the Department that it was very important for us to cooperate with industry more closely,’ he recalls. And soon we established a new branch at Kyiv State Scientific-Research Institute of Hydraulic, which was doing applied developments in defense industry. It was no easy task since we needed to get the approval of the Council of Ministers of the USSR and the Minister of Shipbuilding Industry of the USSR! It resulted in diverse topics on which our scientists worked, engaging students and postgraduate students in practical research and implementing developments. What was the most important thing - useful summer internships for our students.

Shortly afterward, the Department began working in construction and architectural acoustics. Without a doubt, we succeeded as in 1997 the then Chairman of the Verkhovna Rada of Ukraine invited our Department to design the buildings for the Ukrainian Parliament. We started with the acoustic equipment of the session hall, then arranged the meeting rooms of the Verkhovna Rada Committees and other premises. In total, we completed 20 projects there.

Subsequently, there were 3 more projects in the Cabinet of Ministers of Ukraine, 2 projects in the Constitutional Court, a project in the Operating Hall of the NBU, an auditorium of the Lesya Ukrainka Russian Drama Theater, etc.

Besides construction and architectural acoustics, after making contacts with companies engaged in ultrasound diagnostics, the Department began research in this area. We have always offered our developments in ultrasound, acoustic ecology, and so on.

By the way, everyone, who travels on the Kyiv-Zhytomyr highway or the Kyiv-Minsk highway, can see our developments. Experts of our Department developed acoustic screens to protect settlements from highway noise.

Back in the early 1990s, it became clear that the hydroacoustic (i.e., mostly military) direction can no longer be the main for the Department; we switched to active work in medical acoustics. “Medical Acoustic Devices” as a separate direction was established in our country in 1991. It was our initiative, and it turned out to be very productive. It was it that Medical Engineering at Igor Sikorsky Kyiv Polytechnic Institute began. We are still working quite successfully in this area, but now the University even has a Faculty of Biomedical Engineering, which trains specialists and conducts research in other areas of medical technology.’

Vitalii Semenovych gave some interesting facts: over the last 10 years the Department has prepared 4 doctors of sciences and 20 (!) Candidates (by the way, at the time of merging the two departments the Department of Acoustics and Acoustoelectronics had 21 postgraduate students). His contribution to this account is 5 candidates and 3 doctors. The rest of the highly qualified scientists were trained by his colleagues. But despite all this, Vitalii Semenovych made a conscious decision not to nominate his candidacy as the department head. ‘I have headed the Department for 33 years. It's a lot. Therefore, it was necessary to give an opportunity for the younger generation,’ he explains. ‘So I’d rather help young people by giving them some guidance. Then I recommended my former student, Professor Serhii Anatoliiovych Naida, for the position of the Head of the Department. Shortly afterward, two departments were merged - acoustics and acoustoelectronics and audio engineering and data recording. A new, more powerful subdivision is the Department of Acoustic and Multimedia Electronic Systems.

Acoustic specialists' training and both departments' research have certainly preserved. Yet they have included new modern areas that have recently begun to develop but already need specialists and are in high demand in the market.

Lastly, replying to the final question raised by the newspaper “Kyiv Politechnic” concerning occupational burnout, Vitalii Didkovskyi answered simply, ‘I took one of the pupils in doctoral studies last year. It is Vitalii Panteliiovych Zaiets. I remember him when he was an eleventh-grader and studied in Kirovograd. He entered our faculty, chose our department, later defended his dissertation, and now I have a doctorate. In addition to him, I have another 3 postgraduates. I suppose I have enough young specialists to share my experience with. So, there is simply no time to worry about any psychological problems: teaching and talented students is my cure. Moreover, there are several research projects (including from the state budget), under Serhii Anatoliiovych Naida's guidance, and I help him to fulfill them’.