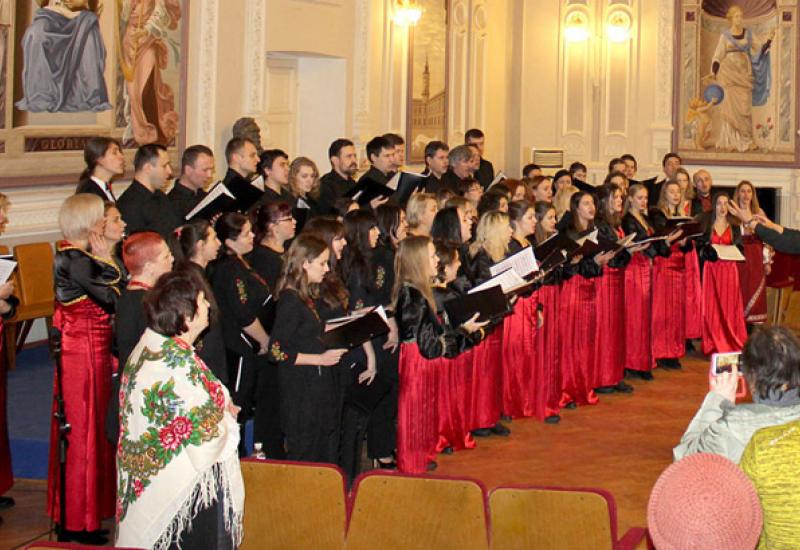 January 23, 2019 in the Hall of the Academic Council of Igor Sikorsky Kyiv Polytechnic Institute gathered fans of choral singing. The 14th Christmas meeting “In the rays of the Star of Bethlehem”, is held annually by the “Songful Family” club of the city Teacher's House (head of the club Liubov Lavrinenko). The meeting was devoted to the 100th anniversary of the first performance of the liturgy by Mykola Leontovych in the temples of Kyiv in the Ukrainian language. The evening was led by the leading researcher at the Rylsky Institute of Art Studies, Folklore and Ethnology, a member of the National Union of Composers of Ukraine, awardee of Mykola Lysenko prize (2002), Ph.D. in Philosophy Valentyna Kuzyk.

The following were participating:

Three Saints Choir of the Kyiv under the direction of Tetiana Stefanyshyn.

Choir House veterans of pedagogical work of the teacher (artistic director is Svitlana Kobyuk and concertmaster is Yevheniia Vakulich).

Choir Patriarchal Cathedral of the Resurrection of Christ of Ukrainian Greek-Catholic Church in Kyiv under the direction of Roman Rudynskyi.

They performed, as has already become a tradition at these meetings, shchedrivkys, carols, and Christmas songs of different nations of the world, works of outstanding Ukrainian masters such as Mykola Leontovych, Kyrylo Stetsenko, Mykola Lysenko, Levko Revutskyi.

According to a long-standing tradition, in the finale of the concert, the participants jointly sang “Cossack age” the words of Mykola Voronyi, and prayer “O Great God, eternal for us Ukraine do protect…” of Mykola Lysenko. Together with them sang all those present in the hall.

You can watch the concert recording at www.youtube.com/watch?v=rR4F8iXYPjk