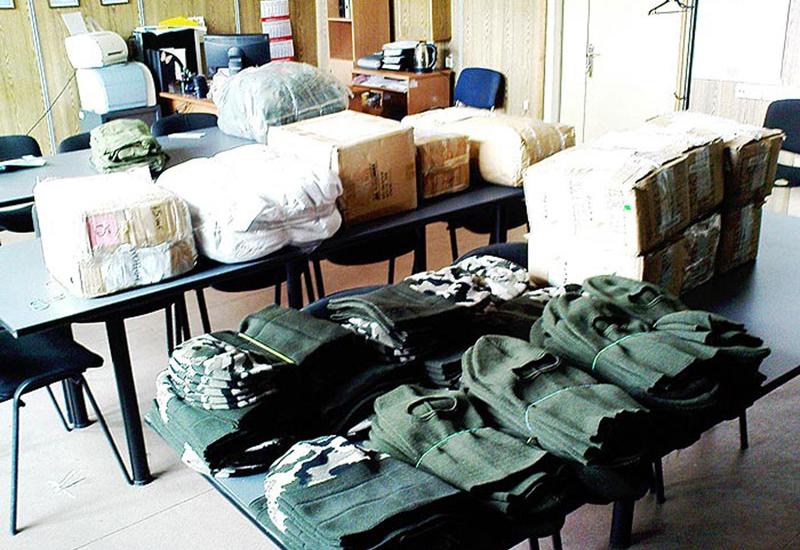 As we reported, at the initiative of the Rector of NTUU "KPI" M.Z. Zgurovsky, Charities' Volunteer Battalion KPI "was established in the University. The purpose of its creation - to assist the military, the wounded and the families of employees KPI participating in hostilities and those who died in the area of ATO. The chief engineer ESC "IASA", coordinator of volunteers Elena Belyaeva says about its activities:

- Since the beginning (3 September) employees 24 units of "KPI" collected funds in the amount of UAH 236,933, of which 192,885 were spent (as of 4 October). The remaining money will be spent later regarding requests from military units from the area of ATO. It should be noted that the fundraising was held only on a voluntary basis, the amount of individual contributions were from 40 to 500 UAH. Filling the fund began with a noble deed professor, head of renewable energy FEPEA Stepan Curdria: he gave 10 thousand UAH - his prize, which he received for winning the competition for the best textbook this year. Now Stepan Curdria  heads the Staff "Volunteer Battalion".

The money were spent on the military assistance of the following units: the repair Regiment, Luhansk border guards, battalion "Dome", stationed in Debaltseve military unit, the 25th Battalion Volunteer "Kiev Rus" Volunteer Battalion "Dnepr-2", and the main military Clinical hospital. I must name the departments that made the most significant fundraiser: Faculty of Electric Power Engineering and Automation - 37,485 UAH, Electronics faculty - 20207 UAH, Mechanical Engineering Institute - 16 020 UAH.

- Could you name several positions from the general report on military assistance to ATO?

- Welding Department made the screen on one ATC (worth 12200 UAH), while others departments KPI gave 30,205 UAH for manufacturing the same screens. It was transferred by parcels for the artillery brigade underwear worth of 8400 UAH, 59 raincoats worth of  5575.5 UAH, rubber boots worth of 3071.25 UAH. For the aforementioned hospital it was transferred laptop. And there are more - hats, balaclavas, charges for mobile phones and other items.

- You also mentioned the support bereaved families and warring students and university employees ...

- We have evidence that the management of IPP has assisted the bereaved families of students and staff KPI in the amount of 59,000 UAH, and the trade union committee organized the allocation of funds to help the families of employees of KPI, fighting in the area ATO in total UAH 80000 .

Using the provided opportunity I want appeal to all those who read this article. "Volunteer Battalion KPI" is in need of people who care about the fate of the country at this difficult time for her. Urgently it is needed the staff to help the wounded and those who could take part in our military contracts. We plan to collect used items for the needs of military and refugees, and for this we also need people. We looking forward to all concerned. Contact volunteer organization KPI Online http://volunteers.kpi.ua/. Only together can we overcome the trials that befell Ukraine.