Vilkovo is the city on the water 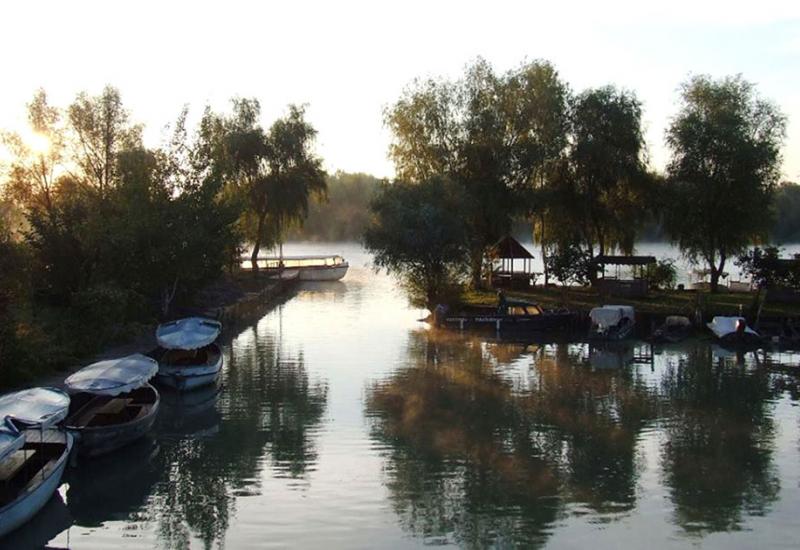 Which city smells like strawberries in the spring and in the autumn like quince is a questions for crossword lovers! Where in April all gourmets emerge to enjoy freshly caught herring? Which way drivers drive, overcoming 200 kilometers in 5 hours? Where citizens instead bicycle moving by a boat? Finally, which city called as the "Ukrainian Venice" with a big number of tourist tour in remote corner of Odessa region? It's all about Vilkovo - town of the conservatives and descendants of the Cossacks last camp that picturesque lies at the mouth of the Dunay river.

It was not difficult to invent the name of that city. The river is divided into several powerful branches that form the plug. That's called Vylkove. It is interesting that settled on the alluvial soils that makes the river, houses settled on the fixed islands, and the streets are a channels. Trees are planted along islands to fix it, and then cut down for firewood. On the old streets along the water is narrow in two wooden boards. Everything needed for the economy is delivering by boats. There are just three families who still making wooden vessels under the old model.

Vylkove is formed in the middle of the XVIII century when in the Dunay wetlands some conservatives and then Don and Zaporozhye Cossacks began to hide there.They settled on the islands formed by outfall of Dunay : Ochakov, Ankudinov and Starostambulskym. To have more solid ground under the feets сhannels were dug and when level of the water was fell there was a place for management. Up to the present time houses put a reed, smeared with a clay.Houses become elegant, warm and light, heated primarily with wood. Periodically facilities lift up, increasing the foundation and put back. Sections filled with limestone. Tourists usually offer a trip to the so-called "zero kilometer", in one of the estuaries where the Dunay flows into the Black Sea. Local smile told that the sign "0 km" has moved several times in the sea, because the river every year puts a lot of land, extending the islands. Another local highlight considered to be the year of the leak, only Dunay measure of the mouth.

Gardens is an important source of income and pride of citizens. They are located on islands along the channels, such syaka building one or two boats, ditch irrigation, plants in three levels: strawberry, grape, apple, pear. All this is perfectly mature. Sales - boats Odessa. Some of the owners there and winters, equipping the building with solar-ba Tarea.

The whole area of wetlands around town belongs to the Danube Biosphere Reserve - habitat waterbirds. It has 950 species of plants, many of which - endemic and 66 are rare; animals counted over 5 thousand. species; insects - to 4.5 thousand. species; 10 species of amphibians, in some places it is 10-20 thousand. Individuals per hectare. And the main expanse - for more than 250 species of birds. We can closely see flocks of pink pelicans - to thousands of individuals, but especially good - Dalmatian pelican. Every day, each of them eats more than a kilo of fish. When the flock flies over the head of the fish-eaters had - a feeling that was in Jurassic Park. All species of fish listed in the European Red List, found in the waters of the reserve, a thorn, Atlantic sturgeon, Black Sea and Danube salmon and more.

It seems the local fish dishes added to all dishes: stuffed cabbage, pancakes, peppers and eggplant, boiled, steamed, fried and smoked. And it is unbeatable - simple cooking barbecue and oven. With local grapes make wine of the same name, "Novak". Since no cellars and air-conditioned room - expensive wine drink before the New Year, navedyvayas regularly visit each other. Some people joke that citizens after eating not stagger right and left, and back and forth, for not falling in the ditch.

In Soviet times, due to the proximity of the border Vilkove was closed. Tourism here is  only thing to get used to. Conservatives honor their traditions and regularly attend church. For 10 thousand of citizens are two Old Believer churches and one Orthodox church. The most popular place is the market with fish variety where prices are reasonable. In autumn they offer catfish, carp, perch, crayfish and other goodies of the river.