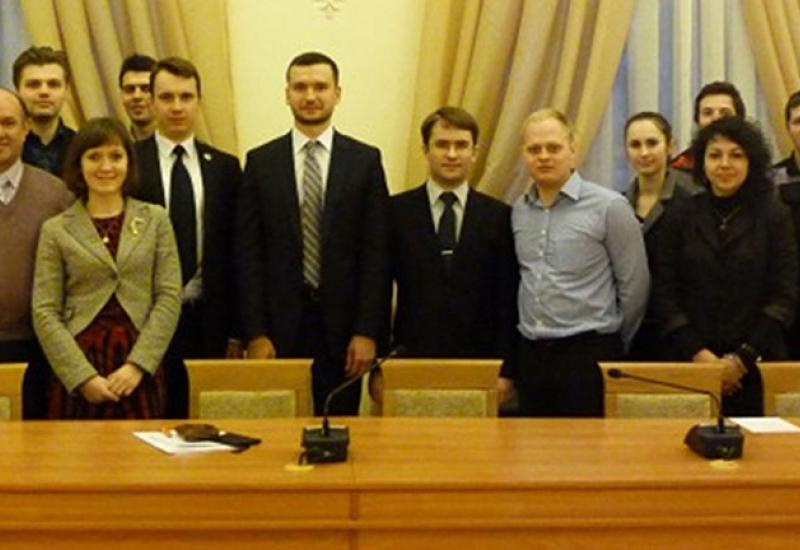 The Council of young scientists of the University  was created in September 2014. Today, Parliament plays a significant role in his life. To learn why it was created and the first two years of its operation told "KP" the initiator of the association and its chairman Oleg Beletsky.

- When and how was the idea to create about  the University Council of young scientists?

- Young scientists of KPI Igor Sikorsky began to rally when realized now that most scientists receive information via the Internet. One of the most popular sites for communication is social networking. After their monitoring, we concluded that the operational information about the news department of postgraduate and doctoral university scientific developments in Ukraine and the world, and to share experiences PostGraduate should unite as a separate group in the social network - and in January 2013 I have made it a social network "VKontakte". Since its Acting moderator. Now she has 733 followers, and on the pages of the group a little more than three years of its existence was published in 2386 useful news for young scientists. From December 2013 Page has young scientists KPI Igor Sikorsky in the social network Facebook.

As for the Council of young scientists KPI Igor Sikorsky, then while creating was used the experience of the Council of Young Scientists (RMU) in SASII Ukraine (Council of young scientists at the MES Ukraine), I am a member of it till now. Note that the activities of community education is quite significant: for example, offers from RMU taken into account in the preparation of regulations for appropriate direction, its representatives are included in the various working groups are actively involved in the hearings, invited to the meeting of the Cabinet of Ministers of Ukraine are devoted to science and scientific and technical activity of state youth policy and so on.

Experience in CBA showed that the activity of the body can be very effective. Therefore, the idea to create the same board in KPI Igor Sikorsky (then NTUU "KPI"). After training concepts and provisions of the Council of young scientists KPI Igor Sikorsky in early August 2014, I met with Rector for Research V.Y.Kotovskym, and then with Vice-Rector Academician NAS of Ukraine M.Y. Ile Chenko and secured their full support.

Two months of intensive work - and ordered the establishment of young scientists signed the Rector of the University of NAS of Ukraine M.Z. Zgurovsky. The first meeting of the Council of young scientists CPI was held in October 2, 2014. They elected me its chairman.

- What is the main purpose of the Council?

- Objective association of young scientists - provide comprehensive promotion of scientific, innovative, inventive and other creative activities of young researchers, as well as protection and realizationof professional, intellectual, legal and socio-economic rights and promote their integration interuniversity young scientists and others. This should be done throughout the country, so, by the way, together with representatives of the Council of young scientists at the MES of Ukraine and the same advice we considered other universities and have made their own proposals for reform strategies of higher education in Ukraine until 2020, discussed the issue of certain organization functioning Soviets young scientists of universities and cooperation between them, the problem of regulatory support their activities and so on.

Realizing that the discovery in science is often made in the course of interdisciplinary research, we are online groups of our Council created a section where publish news about scientific developments of our university. This allows professionals to find partners and ways to commercialize their inventions.

One of the key tasks of  RMU KPI Igor Sikorsky is to organize cooperation of young scientists in the Scientific Park "Kyiv Polytechnic" for joint coordination and monitoring of the process of commercialization of university research. Therefore RMU is actively involved in the project a scientific city "POLYTECO SCIENCE CITY". In March 2015 the Council was held a seminar "Innovative infrastructure KPI" POLYTECO SCIENCE CITY ".

It was dedicated to its specification and there were opportunities so young scientists will be thankful to the innovative city in the CPI Igor Sikorsky, and the development of ideas that deal with Science Park, a business incubator, a number of venture and investment funds.

Also, from personal experience, we know the Council, which is facing many problems with scientist who just started their journey. So we decided to help colleagues, so a lot of experienced researchers described how to get the most optimal way of this with minimal losses. To that end, a seminar "Problems of young science in Ukraine. State. Prospects." was held. It was the first of a series of workshops for young scientists course in KPI Igor Sikorsky.

Note that thematic workshops - one of the forms of work to which we always resort. After all, these meetings can be considered thoroughly discussed and find some solutions to overcome any problems that bother colleagues to organize and to work together in any direction. So for the revitalization of the defense research we conducted a seminar on "Advanced military development"; consider the ways of organizing collective and interdisciplinary work on seminars "theme Initiative"; to present information on ways to obtain grants and proposals for foreign internships organized  seminar "Grants. Steps to financing. Internship Program Abroad" and so on.

I can not mention one more important direction of RMU KPI Igor Sikorsky. As you know, today for Ukrainian scientists identified the  problem of publishing the results of their research activities in journals belonging to database SCOPUS. This database covers more than 17,000 academic journals from 4,000 different publishers. Indicators from the database into the calculation rates of competitive projects, assessing the contribution of the scientist and others. Note that the process of publishing articles in these databases is slightly different from the traditional, famous for professional publications. Therefore, in order to help young colleagues to understand that now it is required from authors when submitting material for publication, we have held a seminar on "Publishing articles in scientometric publications that are SCOPUS: how to prepare, submit and finalize the article." The main report  was of  our deputy chairman RMU Ph.D., assistant department KPI TEHV  Igor Sikorsky G.S. Vasiliev. He recently published an article "The influence of flow rate on corrosion of mild steel in hot tap water" in the journal "Corrosion science" high (4.8) impact factor, so his experience was very useful and interesting for participants. Incidentally, the video version of the workshop and into speakers' presentations are available for everyone at RMU in VC.

Also plans to hold a seminar "Patent. Protection of intellectual property", which show you how to patent your invention or utility model patent department through the university, and other.

- But the Council deals not only with information activities. What is part of the range of problems that it solves?

- We recognize that young people come into science vocation, not even hoping to get some material benefits. But without their work no hope for development of the state. So she would have to take care of such people. Especially important to preserve the intellectual potential of the nation in the current difficult times. So much attention RMU of KPI after Igor Sikorsky pays protect the rights of young scientists at the legislative level.

A striking example of this success is our part in making changes to the law that regulates conscription. The fact that the Law №1175-1 Ukraine "On Amendments to Article 26 of the Law of Ukraine" On Military Duty and Military Service "for dismissal from military service citizens who are students, graduate students and doctoral full-time" to the list of persons not subject to mobilization have not been included working candidates and doctors of sciences. That is, people who teach students and doctoral candidates, carry out development and defense. Because the bill to supplement the normal corresponding categories of citizens fought the scientific community throughout the country. We also made a contribution to this fight. His proposal we sent to the Council of young scientists at the Ministry of Education and Science of Ukraine. Already a week before me as the chairman of the Council of young scientists KPI them. Igor Sikorsky call from MON to obtain statistics on our university on mobilized employees. Soon Ukraine Parliament supported the second reading the bill on exemption from military service during mobilization in times of crisis academics who have scientific and teaching load at least 0.75 rate, degree and title (Ph.D. Science, Ph.D., associate professor) and research staff of research institutes, centers and laboratories, institutions equal to them who have a scientific degree and title, conduct scientific work and research in the prick Ok and basic science.

We also managed to establish fruitful cooperation with the Council of young scientists in the MES database on the formation of young scientists experts for scientific expertise requests to be submitted for funding under budget. From our university we have delegated for the most experienced of our colleagues who have become experts in these specialized areas: the economy; energy and energy efficiency; Informatics and Cybernetics; math; engineering; right; sociology; philosophy, history and political science.