Igor Sikorsky and his Kyiv address 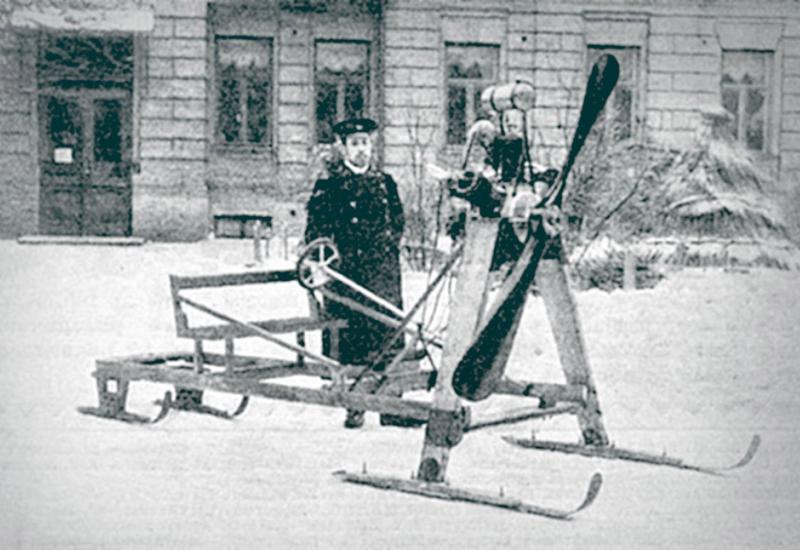 June 6 (in the old style - May 25) marks 132 years since the birth of Igor Ivanovych Sikorsky. Today, he does not need additional presentation, it is not necessary to tell the students and staff of Kyiv Polytechnic, which bears his name, who Igor Ivanovych is. There is already Aviakonstruktor Igor Sikorsky Street in Kyiv, the Kyiv International Airport in Zhulyany is named after him, and festivals of innovative projects named after him are held annually at Kyiv Polytechnic Institute. Even the house where he spent his childhood and youth, and which Kyivans often call simply "Sikorsky's house", has survived in the capital. However, the word "preserved" in relation to this house at Yaroslaviv Val, 15-b, due to its current condition , can be used with great caution. And very soon it may not stay there at all. Moreover, in recent years, real fights have flared up around it. And it, if it could speak, would tell a lot of interesting things about its inhabitants. However, now we are talking about its salvation as a cultural and historical monument of Ukraine, worthy of creating a museum exhibition about the life of the legendary Kyivan.

Large estate at Velyka Pidvalna St. (now - Yaroslaviv Val), 15 belonged to Professor of St. Volodymyr's University in Kyiv Ivan Sikorsky. The building of that time has hardly survived, except for an outbuilding three-story house, which housed a large family Sikorsky (on the ground floor), where the legendary aircraft designer Igor Ivanovych Sikorsky was born at  June 6, 1889, and was the youngest in the family (fifth child). On the second and third floors of this building was the Medical and Pedagogical Institute for Sick Children, founded by his sisters Olga and Olena Sikorsky, and a scientific consultant - a father, a well-known in Kyiv neurologist and psychiatrist, prominent scientist, head of the Department of St. Volodymyr's University Ivan Sikorsky . Like many Russian and Ukrainian intellectuals, including Volodymyr Vernadsky and Solomiya Krushelnytska, Mykhailo Bulgakov, and Maryna Tsvetaeva, the Sikorsky ancestors belonged to the clergy. This is evidenced by Igor Sikorsky himself in a letter written in English to Vasyl Halych on August 30, 1933: "My family, which originally is from a village in the Kyiv region where my grandfather and great-grandfather were priests, is of purely Ukrainian origin…" This is probably the only known document signed by Igor Sikorsky, in which he speaks of his ethnicity.

The family tradition was inherited by the father of the aircraft designer - Ivan Oleksiiovych Sikorsky, who first received a spiritual education, and then went another way of life: graduated from the Medical Faculty of St. Volodymyr's University in Kyiv.

What influenced the choice of life path of a young man, a future aircraft designer? Probably the stories of Mariia Stefanivna, his mother, about the wonderful world of scientific ideas of the genius of the Renaissance Leonardo da Vinci and, in particular, about his amazing helicopter.

On the way to conquer the sky

The path to heaven has worried mankind since ancient times. Legends tell of people who tried to fly by tying bird-like wings (remember the Greek legend of Daedalus and Icarus). However, it was not until the end of the 18th century that the practical mastery of the air ocean began. Balloons of the Montgolfier brothers and Professor Charles of Paris flew into the skies of Europe and were warmly greeted by crowds of spectators.

Only at the end of the 19th century was it possible to fly aircraft heavier than air. In Germany, where Igor Sikorsky and his father came on vacation, he first learned about the flights of Count Zeppelin's airships, and at the same time got acquainted with the literature on the Wright brothers. Probably, he was lucky to be at the origins of the aviation business in time, especially since the centre of aeronautics in Kiev became the Kyiv Polytechnic Institute. Along with studying at the mechanical department of Kyiv Polytechnic Institute, the young man still managed to visit Paris and the Technical School of Devigne de Lannoy. There he suddenly realized that aviation is a matter of his whole life. Meanwhile, in Kyiv, as in many European cities, aeroclubs, aeronautical societies and aviation magazines appeared, and the inventors of aircraft became more active. Prominent scientists and aviation enthusiasts worked at Kyiv Polytechnic Institute at that time, including professors Mykola Delone, Oleksandr Kudashev, and Mykola Artemiev, a student of Mykola Zhukovskyi, who helped create an aeronautics section at the Kyiv Polytechnic Institute's mechanical department. 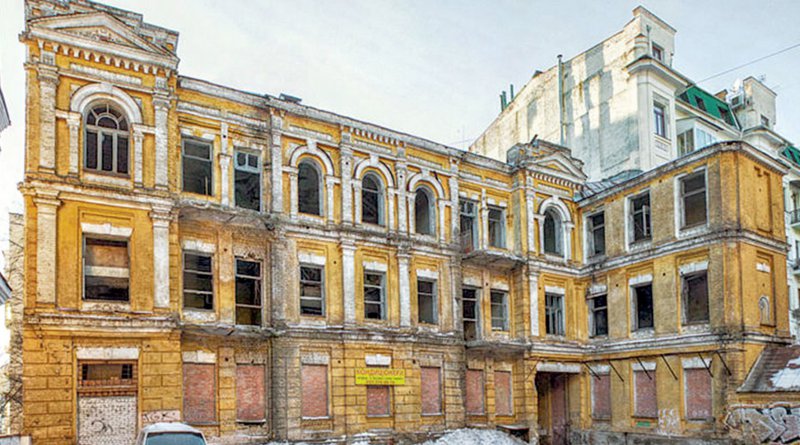 In the summer of 1908, student Sikorsky began designing his first aircraft, a helicopter. He conducted his research on the territory of his father's estate, and his first aircraft factory and workshop was a one-room house there. The young inventor lacked the basic experience and funds to purchase a powerful motor. His first sponsors were father Ivan Oleksiiovych and sister Olga, who never refused Igor. After all, some parts for aircraft, including Anzani engines, had to be bought in Paris, the world's aviation centre. Igor soon realized that experiments with helicopters were better postponed, and convinced himself to design more promising airplanes.

The subsequent years of Sikorsky's life in Kyiv were filled with hard work to create a whole line of airplanes. He built them together with flight enthusiasts in workshops and hangars. Based on the fundamental knowledge gained at the institute, Igor developed his own theory of aircraft design, especially the methodology for calculating the flight parameters of the future aircraft, the lift of the wing, its dimensions and configuration and more. For novice aviators at the time, this flight science was still terra incognita. The airplanes he built in Kyiv brilliantly confirmed the accuracy of his theoretical calculations. And the main thing happened at the airport during the tests. In December 1909, the Sikorsky S-6 developed a speed of 111 km per hour, which exceeded the world record. The use of a homemade installation to check the aerodynamic parameters of the aircraft during the design contributed to this. Records were also set on the S-6A air plane. During the competition at the Moscow Aeronautical Exhibition in April 1912, this aircraft received the Grand Gold Medal from the Russian Technical Society, and the young aviator, who was less than 23 years old, was invited to become the chief designer of the aviation department of the Russian-Baltic Carriage Plant. For a former student, this was a very nice offer. Igor Sikorsky's greatest successes in his homeland were later connected with this enterprise. There he realized his revolutionary idea of creating multi-engine air planes, including the grand four-engine "Iliia Muromets", the best aircraft of the First World War.

To demonstrate the extraordinary flying qualities of this air monster in June 1914, Igor Sikorsky organized a long-distance flight on the route St. Petersburg - Kyiv - St. Petersburg, and on the airfield of St. Petersburg brave "pilots" were personally met by Russian Emperor Nicholas II.

Great dramatic events were about to begin - the First World War, the Revolution, the Civil War - which eventually forced Igor Sikorsky to leave the Fatherland forever. The parental estate remained only in the memories…

The fate of Sikorsky's house

More than 130 years have passed since the birth of our hero. Bronze Sikorsky stays near the main building of Igor Sikorsky Kyiv Polytechnic Institute with his legendary hat and dedication on a granite pedestal: "I take off my hat in front of the alma mater, which prepared me to conquer the sky," And next to him - a helicopter.

And what is the fate of his home today? Unfortunately, dramatic. Real drama flared up around Sikorsky's house. Probably worth it…

Earlier, the Ministry of Defence leased Sikorsky's house to the International Charitable Foundation for the Revival of Sikorsky's Legacy with the main purpose of preserving for posterity both the house and the memory of the legendary Kyivan and his contribution to the development of world aviation. Unfortunately, this did not happen. During the years of rent, Sikorsky's house was in danger of destruction. And later, after a lawsuit, the lease was terminated.

Sikorsky's house is still on the balance of the Ministry of Defence of Ukraine; previously there was a branch of the hotel "Red Star". However, the balance holder does not take measures to protect and preserve this monument.

The quarrel around Sikorsky's house has long been closely watched from across the ocean. Sikorsky Aircraft Corporation, which was once headed by our compatriot, agrees to invest its own funds in this building. The corporation's board of directors addressed a letter to the Sikorsky Heritage Revival Fund, substantiating its position on the terms of its financing, in particular insisting that the Fund should not be subordinated to government agencies. The further fate of the house is not yet known: the question hung in the air. This unprecedented drama has been going on for decades. There is evidence that the house was deliberately demolished to vacate the site. The fire that broke out in it on the night of May 14 this year is additional evidence of that.

"For more than 20 years, the Sikorsky building cannot be restored by state. If this continues, we risk being left without a monument at all. Back in 2017, the Kyiv City Council confirmed its readiness to take the house into communal ownership in order to preserve the building, “ - said Volodymyr Prokopiv, the profile deputy head of the Kyiv City State Administration, after the fire. So the point in this case has not been set yet…

Epilogue. The author of this article, a native of Kyiv, who graduated from Kyiv Polytechnic Institute in 1972, the year of Igor Sikorsky's death, joins the voice of those who support the restoration of Sikorsky's house and the creation of the Museum of Aeronautical and Aviation History in the name of our legendary Kyivan. .