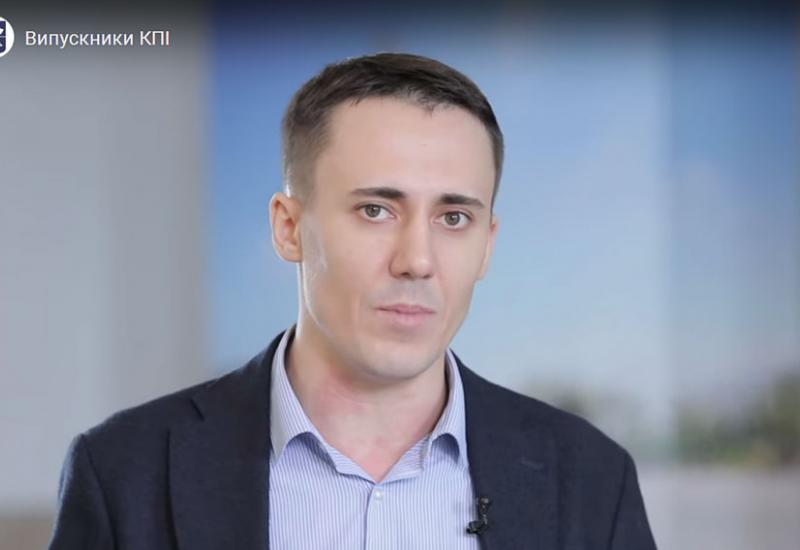 The success and achievements of the graduates are the true carte de visite of any university. As well as of Igor Sikorsky Kyiv Polytechnic Institute, which gave golden ticket into life to hundreds of thousands of engineers, inventors and scientists. The majority of them became leaders in the spheres of aviation, cosmonautics, radio engineering, IT, metallurgy and biomechanics.

Among the geniuses who studied at our university are Igor Sikorsky, the legend of global aircraft building; Serhiy Korolyov, the father of Soviet cosmonautics; Borys Paton, the scientist who beat the clock in the sphere of electric welding, and many other big names.

The graduates of younger generation also join the engineers’ elite of Ukraine having reached the top in their spheres.

That is why we gathered useful tips and secretes of professional success and studying at Igor Sikorsky Kyiv Polytechnic Institute for the students and entrants in a new section named “The Graduates”.

Yevheniy Kachalka, the specialist in the sphere of telecommunication, is another ambitious professional.
Yevheniy graduated from the Institute of Telecommunication Systems and got a degree with honours in telecommunication systems and networks. Now he works collaboratively with the leading Ukrainian IT company “Infopulse Ukraine”. Powerful transnational corporations with the turnover of more than 1 billion dollars are among the clients of this company.

Apart from that, Yevheniy Kachalka is a consultant expert at the project in cooperation with Belgian company BICS – the leading provider of communication services and the world leader in transmitting mobile data.

“When I entered ITS at Igor Sikorsky Kyiv Polytechnic Institute, I wasn’t sure of what my future would be like. Though, at that time when mobile phones became available for wide audience, I knew that my future would be connected with wireless technologies. I am deeply grateful to my faculty and university. As far as I am concerned, it is impossible to be taught by force. Well, if we talk about a hub and a stepping stone, where a student can get knowledge in case he or she wants to learn something, ITS is the right place”, - Yevheniy shares his experience.

Moreover, he claims that just like in faraway 2012 ITS is up-to-date. Whereas a few years ago the curriculum focused on 3G and 4G technologies, nowadays students of ITS study such courses as IT, machine learning and cloud technologies.

However, the graduate doesn’t promise the students that success will plunge from the sky. As he says, studying at ITS is harder than entering it: there were sleepless nights during the studying, as well as sophisticated courses. Mathematics and physics are the main courses and are studied comprehensively at Igor Sikorsky Kyiv Polytechnic Institute. Anyway, after graduating from the university everyone who worked hard all the years understands: now they can be proud of themselves and, consequently so, the efforts weren’t worthless.