How the name of our university changed 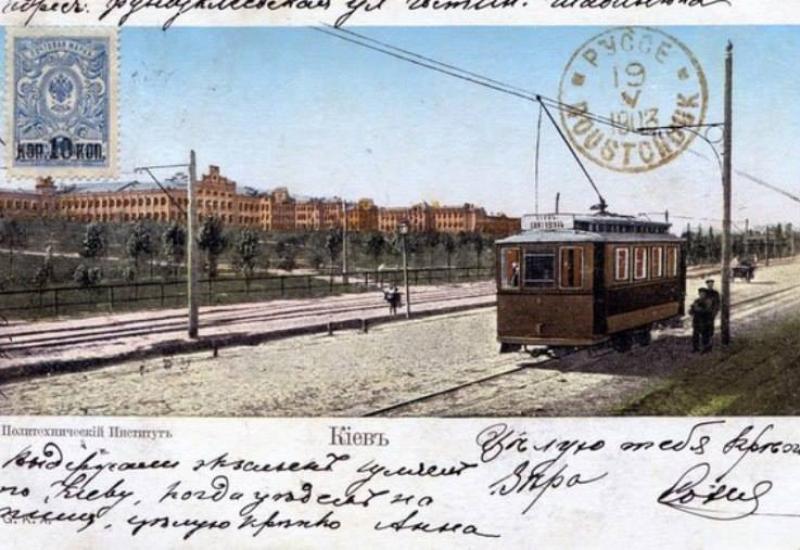 Of the 120 years of existence of Kyiv Polytechnic, 100 fell on the turbulent XX century. Due to changes in the political system and the current situation in the country, there have been constant changes in the name of our university. 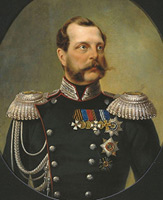 Olexandr II in pre-revolutionary historiography was awarded the special epithet "Liberator" for the abolition of serfdom by the Manifesto of February 19, 1861.

Back in 1880, representatives of the sugar industry began to raise money for the establishment of a technical school in Kiev. Initially, the city authorities planned to build a secondary technical school in Kyiv. In negotiations with the City Duma, the Exchange Committee agreed to donate the capital raised for this purpose, but on the condition that the school be named after Emperor Alexander II.

Subsequently, it was decided to open in Kiev not a secondary technical school, but a higher educational institution and give it the name "Kyiv Polytechnic Institute of Emperor Alexander II ... "(the eighth item of the minutes of the private meeting which took place on November 25, 1896 under the chairmanship of the mayor Stepan Mikhailovich Solsky). And already at a meeting on December 2, 1896, the Kyiv Duma decided to petition for the institute to be named after Emperor Alexander II.

As a result of the revolutionary change of power in Ukraine, the local authorities of the tsarist administration were liquidated, and the polytechnic institute lost its tsarist name.

Under the new government, the institute received a new name. Revolutionary Christian G. Rakovsky was one of the organizers of Soviet power in Ukraine, from January 1919 to July 1923 he headed the Council of People's Commissars of the USSR and was People's Commissar for Foreign Affairs. Not only Kyiv Polytechnic Institute was named in his honor, but also Shuliavskyi district, where the institute is located (now it is a part of Solomyanskyi district of Kyiv).

From 1923 he worked as a diplomat. In 1927 C. Rakovsky, as the leader of the left-wing opposition, was expelled from the Bolshevik Party and exiled to Astrakhan. However, after a letter of repentance to Stalin, in 1934 he returned to Moscow. On December 31, 1936, the former chairman of the Council of People's Commissars of the USSR was arrested. The following year, he was sentenced to 20 years in prison. In September 1941, while the Nazis were approaching Orel, where Christian Rakovsky was serving his sentence in a local prison, he was shot dead along with other political prisoners.

The institute was left without a name for the second time, this time due to inner party differences.

Year 1930 Creation of branch institutes on the basis of KPI

In February 1938, P. Postyshev was removed from all positions, accused of counterrevolutionary activities, recognized as an agent of Japanese intelligence, and shot on February 26, 1939.

In connection with the arrest of P. Postyshev, Industrial Institute was left without a name.

During the Second World War the institute was evacuated to Tashkent and became part of the Central Asian Industrial Institute.

After the liberation of Kyiv in November 1943, the work on restoring the functioning of the institute began, and in July 1944 the school was returned to its original name - Kyiv Polytechnic Institute.

On October 9, 1948, the institute for its achievements in training personnel for the national economy and in connection with the 50th anniversary of its founding, was awarded with the Order of Lenin . The official name of the institute was also changed.

On August 24, 1991, the Verkhovna Rada of the Ukrainian SSR proclaimed the independence of Ukraine and the formation of an independent Ukrainian state - Ukraine. On December 8, 1991, the heads of the three founding republics of the USSR, Leonid Kravchuk, Boris Yeltsin, and Stanislav Shushkevich, concluded the Belovezha Accords on the Termination of the USSR. And the institute once again (for the fourth time) officially became known simply as Kyiv Polytechnic. 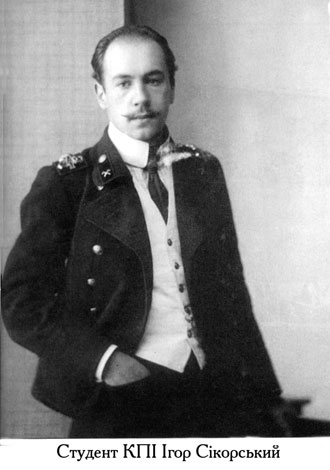 By the order of the Minister of Education and Science of Ukraine Lilia Hrynevych dated August 17, 2016 № 992 "On naming the National Technical University of Ukraine" Kyiv Polytechnic Institute "the university was named after its former student, a prominent aircraft designer of the XX century Igor Sikorsky.

Igor Ivanovich Sikorsky studied at KPI in 1907–1911, took an active part in the work of the helicopter department of the Aeronautic Section, which was organized at the mechanical department.

Thus, most often in the official name of the institute there was a word that defines the profile of the educational institution - "polytechnic", and its most famous abbreviation (KPI) is widely used today.