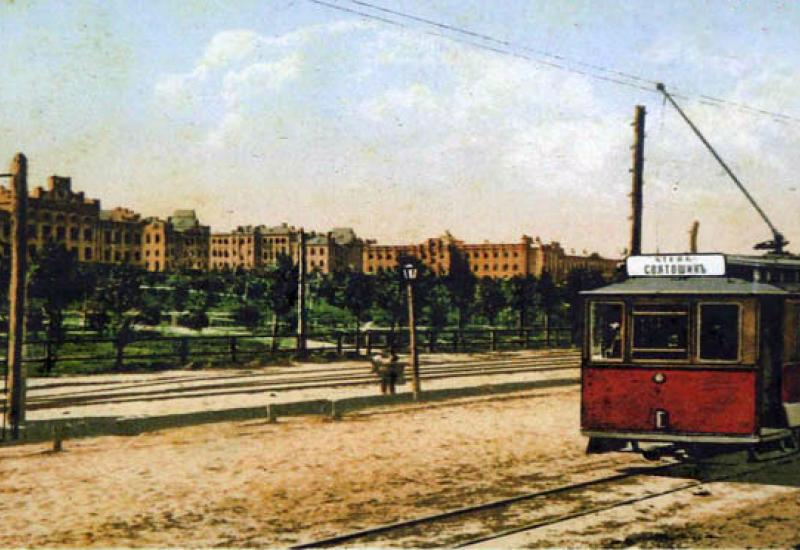 We remind: "KP” began to introduce us prominent scientists, whose memory is immortalized in the busts, installed in the foyer of the State Polytechnic Museum at KPI Igor Sikorsky. We have already written about Academicians Ye. O. Paton and I. P. Bardin, S.P. Korolyov and M. M. Bogolyubov, S. O. LeBedyev and P. A. Tutkovsky. This final story is devoted to academicians H. F. Proskura and L.V. Pysarzhevskyi.

One more bust adorns now the hall of the 6th academic building. The bust of the scientist, Academician The National Academy of Sciences of Ukraine(1929), Laureate of the State Prize of the USSR (1943), Honored Scientist and Technician of the Ukrainian SSR (1944). Professor H. F. Proskura (16.04.1876 - 30.10.1958) the name of whose is connected with the setting up of hydraulic engineering scientific school in the USSR. His monumental monograph “Turbomachinery hydrodynamics” was translated into a lot of languages all over the world.

In 1901 H. F. Proskura graduated from Imperial Moscow Technical College (now - Moscow State Technical University named after M.E. Bauman). He was invited to work at Kharkov Technical Institute, and in January 1902 was got a scholarship for the preparation of a professorial title. In 1902-1904 he studied production of tubines in Switzerland.

H. F. Proskura is the one under whose guidance started the first research of wind turbines, pumps, hydrodynamic gears, hydroautomatics and regulation systems, cavitation in hydromachineset. He developed pumps and hydro turbines of various types. This created the basis for the development of pumps in Sumy, Chisinau and Berdyansk, and hydro turbines in Kharkiv. January 16, 1914 H.F. Proskura headed the hydraulic laboratory and on its basis created a department of hydromechanics.

In 1922 at his initiative helicopter specialization was opened in KhTI, where he began to give lectures of optional course on aeronautics. For the year, on the basis of this specialization, an aviation department of the mechanical faculty was established. In the same year, upon his initiative, the Aviation and Aeronautics Society of Ukraine and Crimea was created.

G.Proskura is the founder of the Kharkiv Aviation Institute (1930), which was set up on the basis of his aerohydrodynamic laboratory in KhTI. In different years he headed the department of aerodynamics and jet engines at this institute. Thanks to his participation the creative teams of the department of design aircraft and aviation engine laboratory were formed. The name of the scientist involves in the development of a number of aircrafst, which were launched in batch production.

From 1944 to 1955 Heorhiy Fedorovych was the director of the high-speed machines and mechanisms laboratory of the Academy of Sciences of the USSR.

In 1974, the Academy of Sciences of the USSR established a prize in his name, awarded for outstanding scientific work in the field of energy.

On the left, there is a bust of Lev Volodymyrovych Pisarzhevskyi (1.02.1874 - 23.03.1938) a true member of the Academy of Sciences of the UkrSSR (1925) and the Academy of Sciences of the USSR (1930), the laureate of the VI Lenin prize (1930). This is a Ukrainian scientist in the field of physical chemistry. His main works are devoted to the properties and structure of peroxides and peracids, the study of the influence of the solvent on the chemical equilibrium and the free energy of chemical reactions.

L.V.Pisarzhevsky graduated from Novorossiysk University in Odessa in 1896, worked as a laboratory assistant, and later as a private assistant professor. Together with Professor P.H.Melikov (Melikishvili) made a  research on inorganic peroxide compounds. For the final work on these studies, the authors were awarded the Lomonosov Prize of the Academy of Sciences. In 1900 he was sent abroad and worked for two years at the Physical-Chemical Institute of V. Ostwald. In 1908-1912 he was a professor at the Kyiv Polytechnic Institute, who left in protest against the policy of limiting the rights of teachers and students. Together with V.O Vagner founded and edited the natural-historical journal for self-education "Nature" (now - the journal "Nature" of the Russian Academy of Sciences). In 1913 he became a professor at the Mining Institute in Ekaterinoslav (Dnipropetrovsk, now Dnipro, since 1926).

The World War I started L. V. Pysargevskyi bothered with solving the problems with medical care of the army. He established the production of salicylic preparations, urotropin, hydrogen peroxide, iodine, and others.

In 1916, L. V. Pysarzhevskyi organized nursing courses in Katerynoslav, which were soon transformed into Higher Women's Courses (1916), and in 1918 - at the University (1918), where Lev Volodymyrovych headed the Chemical Faculty for ten years. In 1924-1926 he worked as the rector of the Mining Institute. In 1926, on his initiative, the Chemistry Faculty was opened at this institute, on the basis of which in 1930 the Dnipropetrovsk Chemical-Technological Institute was founded.

In 1964, the Academy of Sciences of the USSR established a prize in his name, awarded for outstanding scientific work in the field of chemistry and chemical technology.