Professor V.M. Gorshkov: “The most important thing is to understand how everything works” 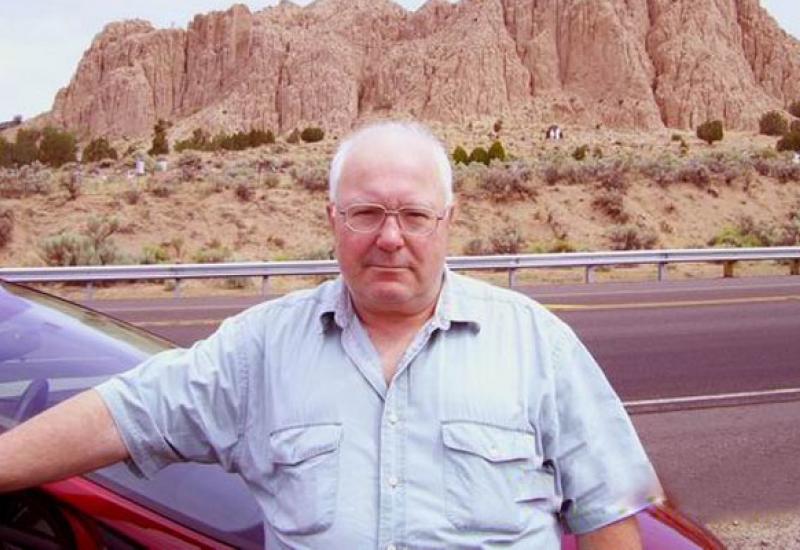 Every year among all teachers at our university we determine the leader of international recognition related to science publications – taking into account quotation figures in scientific-metric bases. According to the results of the last year Vyacheslav Gorshkov, who is an acting Head of General Physics and Solid State Physics department and Doctor of Physical and Mathematical Sciences, became a winner in this competition.

He was interviewed by our reporter.

– Firstly, could you tell about yourself.

– graduated from the university in Rostov-on-Don in the year 1970 being a student of physics department. I obtained a degree in theoretical physics. I’d been serving in the army for 2 years after graduating. Then I was working in the computation center, then I had my postgraduate studying at The Institute of Physics of Ukraine Academy of Science, made a Ph.D. defense and wrote a doctoral dissertation. On the basis of physics process computer modelling I’ve done a research in different areas: semiconductor plasma, gas lasers, non-linear electro hydrodynamics, optical vortices etc.

I’d been working in the Los Alamos scientific laboratory (USA, New Mexico) from 2001 to 2006 and in the material research center (CAMP) at the Clarkson University (Potsdam, New-York State). Since 2007 I’ve been working at the KPI in a position of professor of General Physics and Solid State Physics Department, since 2008 I’ve been working permanently and since summer 2014 I’ve been an acting Head of Department. We still collaborate with LASL and CAMP due to deals on collaboration between them and KPI Scientific center. I am Research Professor at Clarkson University as well (at no charge).

– And what were the researches to which so many references were made?

– These are applied researches made in American scientific centers. Their aim was to create certain tools or technologies. But such applied items were based on a deep fundamental research. In Los Alamos I was a part of the physical-scientific team and they were creating magnetic resonance microscopy basis, optical communications in the turbulent atmosphere, spintronic devices, optical metamaterials, MRI-device (scan) in microtesla magnetic fields (in existing ones the fields 2-3 T are used). At Clarkson University we were studying physics, controlled fusion of colloidal matters and nanoparticle systems and all results can be used in medicine technologies, microelectronics, food-manufacturing industry.

– Which moments were the most remarkable during your work: some achievements, amusing incidents or other unusual situations?

– The very onset of my working in the USA was remarkable. I faced with two problems: growth rates of colloids (Potsdam) and quantum mechanical task related to density matrix evolution (Los Alamos). Such problems hadn’t been solved for a long time because of difficulties with astronomical time and calculative unsteadiness. I was succeeded in reforming the numerical scheme in the first instance and I also changed the statement of a problem by means of retaining its physics basis in the second instance. So the working time of new schemes was reduced 1000 times as a result.

About amusing incidents. I’ve done several mistakes in programs. In the first case I missed zero during setting the characteristics, in the second case I confused with sign in mathematical expression (the phase mask changed from defocusing to focusing). Made I it right then I hadn’t figured out all important effects and hadn’t created the plasma lens on weak magnetic fields for focusing heavy ions with record conditions and the optical communication with using the combining optical curls.

Unusual situations… can you imagine a possible effect from weggling of the silicon wafer tip with section of micron and 300 microns in length if the amplitude at 4 Kelvin is about three hundredth angstrom (thirty times less than the size of a hydrogen atom)? With my colleague in Los Alamos (was my graduate in 1994) we saw this effect and base leveled it ridiculously easy through fixing this tip according to large mass. Thus was eliminated the "bottleneck" that at some point made inaccessible recording single electron spin means of magnetic resonance microscopy (experimental work performed firm IBM).

– How your scientific investigations influence on teaching process?

– I was invited to Faculty of Physics and Mathematics at KPI as a specialist in computer physics having the intent to develop this area. This year according to the university management proposal we have prepared a package of documents for training in "Computer modeling of physical processes”. Computer simulation is used nowadays in many industries and specialists in this area have a wide field of activity. We should only remember that the current problems do not adjust to your knowledge and experience, and we should look for a very interesting tasks and constantly expand the scope of our knowledge and skills.

For instance, I and my colleague from Clarkson University have published three works of biological direction this year. By the way, computer models have established the role of so-called senescence ("aged") cells in living tissue, which together with our experimental work has been published in the journal "Nature", performed by other researchers. We also established the connection with London Imperial College in acoustic metamaterials area (I was working there in May and prepared two articles). One of London professors is going to visit KPI as Vising Professor with lectures about material engineering (at no charge).

Listed contacts do not "rust" and allow to keep students in "good shape" today. Fragments of completed research have identified a particular problem of practical training for students dealing with numerical modeling. I try to engage them in ongoing projects developing in many directions. It is not always easy and successful but like I say “We do not deal with the problem – the problem deals with us instead”. All of my graduate students from KPI are trained for 4-6 months in Los Alamos. Thesis are associated with common research topics as well. Some of our graduates work at Clarkson University. There is a further demand for our graduates not only at Clarkson University, but, for example, at the University of Michigan as well (included to the world top twenty) as a post-graduate student. There are those who are very successful in the IT-sphere in Ukraine.

To create proper high-level conditions for students working on numerical modeling I try to teach them the basis of profound qualitative understanding of the physical processes at least the ability to find a logical answer to the question: "What happens if?" even when "not all know / learned." I'm trying to develop the students' ability to see "what and how" related to the certain topic before they take up their mathematical description. For this reason, I give lectures on molecular physics for the second-year students with pleasure. There is space for a "course of a young soldier” but I’m still worried about the level of teaching physics at school.

– What can you advise students who would like to be scientists?

Modern physics (better to say - science) develops mostly on the basis of computer simulations of phenomena.

1. Quite accurate mathematical description of the process. 2. Implementation of necessary calculations for the "end" time. 3. Careful analysis of the interaction of various factors that influence on process course and search for management process "leverage". The most challenging and interesting is the first stage, which requires knowledge of physics, mathematics, developed imagination, intuition ...

All these need learning physics constantly. By the way, with a serious attitude, it will give you support for the successful operation no matter where you work (nobody knows what could be in the future). The greatest teachers say that it isn’t all about clutching students head with different facts and formulas but to teach them to implement above paragraphs. So we need to avoid the situation like in American school. John was asked to give three proofs that the Earth is round. He answered: “Firstly, you told me that; secondly, I was told that at home; and, finally, it is written in the book”.