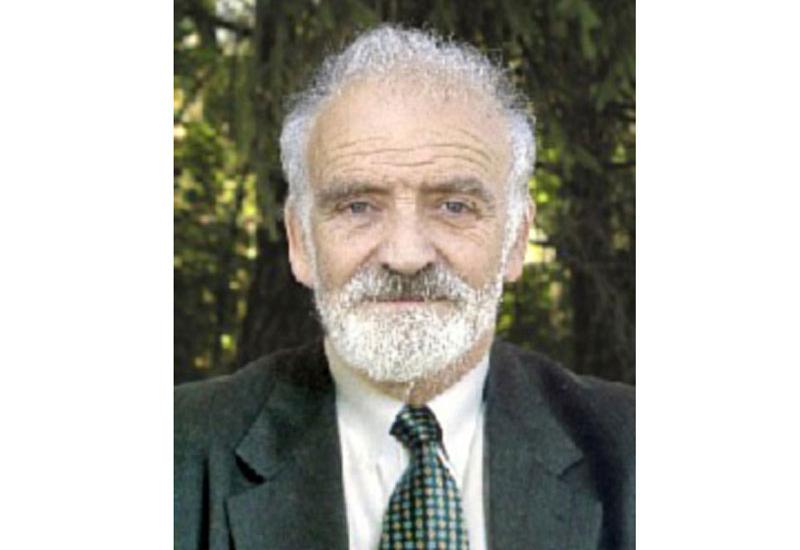 Scientific reading in honor of Oleksandr Mihaylovich Dihne - RAS academician, professor and director of Center of theoretical physics and computing mathematics of State scientific centre of Russian Federation - "Troitsk Institute of Innovative and Thermonuclear Research" (TRINITY for short Russian) - was held in Troyitskiy city near Moscow on 28th of October 2013. Representatives of Moscow Institute of Physics and Technology, Lomonosov Moscow State University, Institute for theoretical and applied electromagnetic RAN, other institutes of RAN and scientists from France and Ukraine took part in the conference.

O.M. Dihne (27.10.1933 – 6.01.2005) graduated in 1955 from Kiev Polytechnic Institute, in specialty “Metallurgy and Metal Physics” and started working as an engineer on the industrial complex in West Siberia. Very soon he became co-worker in the Institute of radiophysics and electronics of Siberian department of the Academy of Sciences of the USSR, where he under the supervision of Yurij Borisovich Rumer carried out research in the branch of electrodynamics (theory of mouthpiece aerials), statistical physics (flat dipole grid of Ising-Onsager) and quantum mechanics (an adiabatic transfer). Due to the problem of creating magnetic traps for controlled thermonuclear synthesis, O.M. Dihne could calculate the change of adiabatic invariant of charged element in such a trap. Solution of the task, as to transfer in bimodal system upon adiabatic disturbance, is known as Landau-Dihne equation. In 1960 O.M. Dihne defended candidate thesis in “Quantum mechanics”. Thesis was highly estimated by L.D. Landau.

In 1962 O.M. Dihne became a co-worker of I. V. Kurchatov Institute of Atomic Energy. The main line his researches were quantum mechanics, plasma physics, solid physics, physics of interaction of radiation with material, astrophysics, biophysics, laser physics and laser technologies. Applied works were concerned to physical principles of creating and usage of the MHD generator and powerful electric lasers and also physical processes which influence the security of nuclear reactors.

In 1971 O.M. Dihne defended doctor’s thesis, in 1973 he got honorary title of professor. In 1982 he was assigned as a head of theoretical department, and from 1994 – head of the Center of theoretical physics and computing mathematics. In 1987 he was corresponding member and in 1992 he was valid member of Russian Academy of Science, and was the member of bureau structure of Department of physical science RAN. Many years he taught in MFTI; he established and was the head of the department of applied theoretical physics. In 1992-2001 he was the head of council of experts of Higher Attestation Commission in physics, from 1994 till 2000 he was the head of council of experts of Russian foundation for basic research (RFBR), and from 2000 he was the member of Bureau of council of RFBR.

As he was physic-theorist at heart, O.M. Dihne put into words lots of ideas, which were experimentally implemented during creation of new technologies, materials and equipment.

We should pay our attention to the participation of O.M. Dihne in liquidation of consequences of Chornobyl disaster. In May 1986 he took part with other theorists in resolving the task about velocity of melting down the active area of reactor. It was a danger, that metal with uranium dioxide, which was at the bottom of reactor, could melt everything under itself and could reach water-bearing levels. If such thing happened, then radionuclids, among which was plutonium, could land in underground duct and reach the Kyiv Sea, Dnipro and Black Sea, which could cause global disaster. Prof. O.M. Dihne, prof. L.A. Bolshov, prof. Baranov and three computer brigades, changing each other, were working in Chornobyl uninterrupted.

On 28th of October 2013 in Troitsk scientists from different countries commemorate the great man and prominent scientist, whose ideas were developing in researches and whose results were there shown.

The members of reading took part in solemn opening of memorial table on the house in Troitsk, where academician lived. His colleagues, students, friends, relatives were spoken. When the cover was put off from the table, everyone saw shiny smile of academician Dihne, immortalized in bronze.