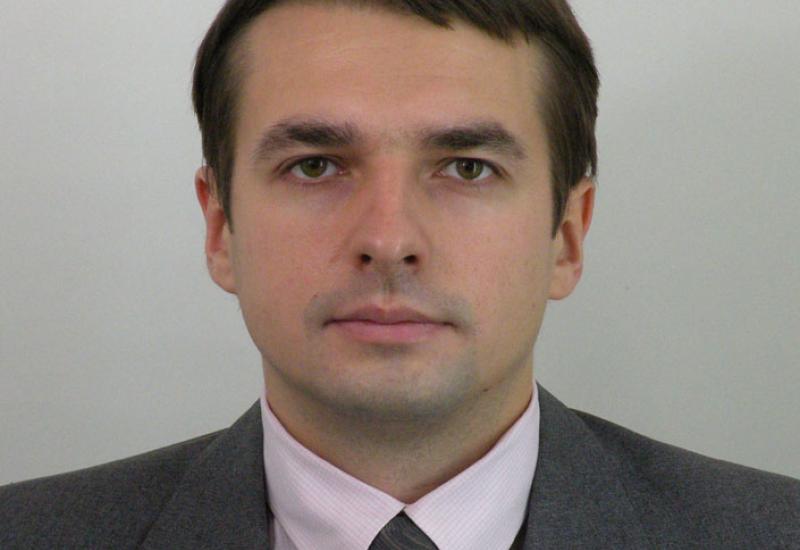 The increasing popularity in the world is gained by unmanned aerial vehicles (UAVs). The sphere of theirs application extends: from military action to rescue operations, doctors, firefighters, agriculture and a small-sized supply of goods. UAVs are able to conduct aerial reconnaissance and surveillance, to send photo and video information in real time, to be carriers and targets, to operate in extreme conditions, especially in areas which undergone radiation, chemical or biological contamination, in areas of disaster and intensive fire counteractions.

Therefore, the management of such devices is very relevant for today. Among the Kyiv Polytechnic Institute scientists who are professionally engaged in automatic flight control of unmanned aerial vehicles, integrated navigation systems, traffic control and robots navigation – the docent of FAKS Vitaly Burnashev.

Vitaliy Vitalyevich became interested in UAVs from a student’s years. In 2005 he graduated from faculty of Aerospace Systems in NTUU "KPI" and received his master's degree in "Control systems of aircraft and complexes". From 2005 to 2008 he studied at the postgraduate course in NTUU "KPI", he successfully defended the master’s thesis about navigation and control systems for automatic landing of the unmanned aircraft in 2013. In 2008-2011 he worked as a research assistant in scientific-analytical center of critical technologies navigational instrument. Since 2008 he was the lecturer of devices and control systems of aircraft department NTUU "KPI". At present he is the docent of this Department.

V.Burnashev is the author more than 30 scientific publications, including one monograph; four articles in editions are cited in scientometric bases; the 8th magazine from the list of Ukrainian HAC has one declarative patent of Ukraine. Research findings reported at more than 20 conferences, including 7 international. In particular, in 2015 at the Conference and in the Summer School at Vilnius Technical University after Gediminasa (Lithuania) on the TEMPUS project - NETCENG "The New Model is the Third Cycle in Engineering Education Compliance to the Bologna process in Belarus, Russia and Ukraine." The scientist also participated in the third International Conference on methods and systems of navigation and traffic control (2014); in the last five International Scientific Conferences "Gyro technologies, navigation, traffic control and designing of aerospace technology" and so on.

V.V.Burnashev is the winner of the university competition "Young Teacher-researcher 2015". He participated in carrying out research works related to the designing and testing miniaturized intelligent control systems of unmanned aircraft systems and systems of prevention of emergency situations and their consequences for small manned or unmanned aircraft. Now V.V.Burnashev is the implementing contract number №6/3240 between NTUU "KPI" and Dalyansky Maritime University (China) to create an experimental model multipurpose industrial robot. At department he is responsible for high school student career guidance and work with entrants.

He has supervised three master's theses and 10 undergraduate diplomas. He also manages scientist works of the wards in student's design office. Together they create unmanned aerial vehicles of different schemes and on-board equipment.