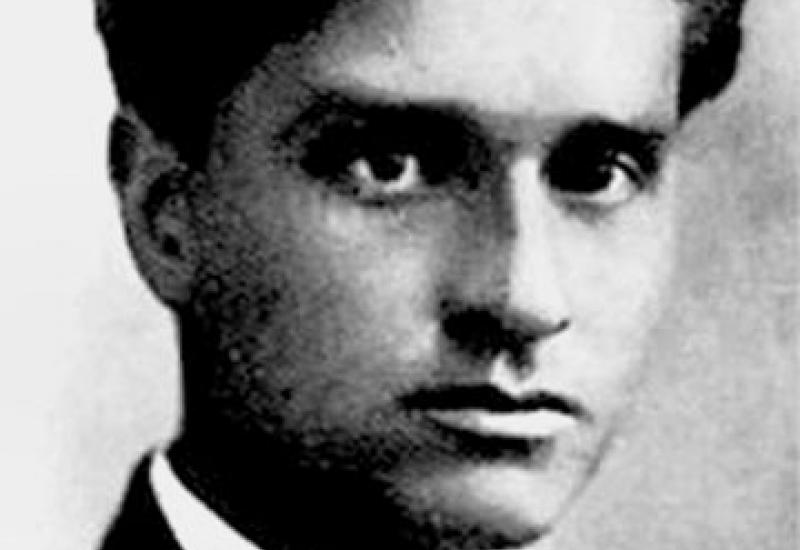 By the will of the circumstances, he was a member of many historic meetings and negotiations at the highest level when determining the fate of Europe and the world, participated in the preparation and signing of the Molotov-Ribbentrop Pact (also known as the Molotov - Ribbentrop Pact - an intergovernmental agreement, signed on August 23 1939), was a witness when German Foreign Minister Ribbentrop declared war on the Soviet Union. As a personal translator Stalin and Foreign Minister Molotov he attended international meetings and conferences, including at the Tehran Conference I.V. Stalin, Roosevelt and Churchill (1943), Meeting at Villa Dumbarton Oaks in Washington, DC (1944), where representatives of the USSR, the USA, the UK and China have prepared proposals that formed the basis of the UN Charter.

He was the diplomat, international journalist, doctor of historical sciences, member of the Union of Soviet Writers, widely known for his memoirs and historical literature. His books "Tehran-43", "How I became a translator Stalin", "Diplomatic History Pages" and others are very popular. This man - Valentin Berezhkov (a pseudonym - Bogdanov), an engineer-technologist in the spring of 1938 successfully graduated the mechanical department of the Kiev Polytechnic Institute. His creative life, a powerful force of the spirit and indomitable will to achieve the goal should be a role model for future generations of many students.

Valentin Berezhkov was born July 2, 1916 in St. Petersburg. His father came from a poor family of provincial teacher, early became an orphan, he was a self-made man. After graduating in Chernigov with honors from high school, he entered the St. Petersburg Polytechnic Institute, after which immediately became a senior engineer at the Putilov shipyard, earning him a decent salary. Soon he married a graduate of the Smolny Institute for Noble Maidens. It seemed that life promises happiness and prosperity. In the spring of 1916 he was invited to lead the procurement commission to receive military and commercial ships in America, but it's because of the threat of German submarines in the Atlantic he declined from swimming through the ocean with his pregnant wife (a few months later she gave birth to a son named Valentin). Then there were the revolution, civil war, famine and deprivation.

In 1920 the family moved to Ukraine - the village Svarichevka in Chernihiv, where she lived father's sister Luba worked midwife in a rural hospital. Difficulty forced to sew boots and make soap. Soon the family moved to Kiev. In 1923, the situation was changing for the better - Michael Berezhkov got the position of technical director and chief engineer of the plant "Bolshevik", at that time a large enterprise for the production of agricultural machinery, founded in 1881 by a Swiss businessman James Grether and German engineer Philip Moser as an iron foundry and machine plant for the production of equipment for sugar mills. In 1919 the company was nationalized and renamed into the "First State Machine-Building Plant", and in 1922, in honor of the 5th anniversary of the October Revolution, it was called "Bolshevik" and was converted to engineering for the chemical, rubber and tire industry, as well as defense industry.

Children's hobbies Valentine often led him into the shop of the plant. They were bright, carefree times. The area where it was the plant "Bolshevik", was not only for the workers. Near, there was the building of the Polytechnic Institute, which later became his family.

In October 1923, Valentin went to first grade school, which was located next door to the "Bolshevik", and in the evenings, twice a week, was engaged in German and English with a tutor. He resisted doing this, not knowing how important knowledge of foreign languages will be in his life. But the parents knew it will be handy to him.

In the spring of 1926 his father became chief engineer of the machine-building plant "Lenin's smithy". As a naval engineer, he was also attracted to the design of a new shipyard on the Dnieper. The director had to leave the beautiful director’s "Bolshevik" estate and move to the city center. The father managed to be included in a building society, which has just completed the construction of two-storey house for four flats in Lipky once the aristocratic district of Kyiv.

The apartment was on the first floor. Here, in the neighborhood, there were quarters for a long time inhabited by people of Kiev German origin. The street, where it was located the colony of Germans called Lutheran (later it was renamed the street Engels). It was a seven-year school where all subjects were taught in German, and Russian and Ukrainian regarded as foreign languages. It was the same seven-year school, as well as all other Soviet "labor school" at the time, to give a primary education for adolescents, but the atmosphere here was significantly different from that which prevailed at the school next door to the "Bolshevik". Approximately half of the children were from German families, the rest - Ukrainians, Russian Jews, Poles. The social status of the students also represented quite mixed picture. Here there were children of workers, civil servants, scientists, artisans and entrepreneurs.

The desire to get into the environment of high school students on Wednesday prompted Valentine after the third class for the summer holidays to prepare the entire course of the fourth grade classes. In the autumn he passed the exam and was enrolled in the fifth grade. In 1928, his father Berezhkov on false charges was repressed. Then the family was very destitute, having no savings, mom should give private lessons in English and German. Soon, however, his father was released for lack of evidence charges.

At the end of May 1930, Valentin passed the final exams, and in September started to work at the factory "Bolshevik". Then the seven-year graduates usually immediately went to work, and those who want to continue their education, were engaged in the evenings rabfak courses, preparing for exams in college or technical school. He was enlisted as an electrician with a salary of 40 rubles a month and "working" bread cards. Berezhkov was instructed to make brushes for collectors. From a large piece of compressed graphite he had to cut with a hacksaw cubes on the set sizes, then by electroplating to increase at one end of the copper layer and attach the wires to the terminals. He liked the work, despite the fact that by the end of the shift graphite dust ingrained in the eyebrows and eyelashes. 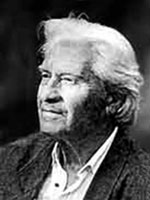 Continuing to work, Valentine Berezhkov went for evening language courses in order to get a diploma entitling work as a translator. They were three-year courses. Final exams he passed, not having studied for two years. He was in a hurry because was preparing to enter the Kiev Polytechnic Institute. Like his father he dreamed of becoming a mechanical engineer. However, he had to go to the mechanical department of the evening for the "working" bread ration cards and through the plight of the family, because his salary was already at that time 100 rubles.

In 1934, for the first time after the October Revolution, the Soviet Union opened wide its borders to foreign tourists. In the second year of the Institute Valentin Berezhkov learned that the Department of "Intourist", which was opened in Kiev, invites in Lessons of guides and interpreters young people with knowledge of foreign languages. The conditions were attractive: salary of 150 rubles, free food with tourist groups, but still a decent lunch. He immediately jumped at the invitation. Of course, it was impossible to combine work in the factory, training at the institute and Intourist courses. After consulting with parents, he resigned from the factory, and in 1934-1935 he worked as a tour guide in Kiev "Intourist".

Since September 1935, classes began on the 4th course of the evening mechanical department of Polytechnic Institute, so he had to go to work on special equipment in the design office of the plant "Lenin's smithy". Kiev shipyard in the design of which his father was involved, was already built, and in the backwater near the hem started production of passenger steamers with located on either side of the hull paddle wheels and tugboats in sea trials that summer of 1937 was he participated.

In the spring of 1938, after graduation he was assigned to the famous revolutionary traditions of the Kiev factory "Arsenal", which means the defense Registry under number 393. He was to become a gunsmith, but fate decreed otherwise. On the evening department of the Kiev Polytechnic Institute there was no military department. All students at the training had deferment, and now had to go to the military service. However, the graduated from the Institute enjoyed the benefits: the Army service lasted a year instead of two, and in the Navy - two years instead of four.

In early November, he received a summon from the recruiting office. Berezhkov impressed with romantic memories of his father, who in his youth after Gatchina Maritime Engineering School sailed around Europe - from St. Petersburg to Odessa, expressed a desire to serve in the Navy. At the headquarters of the Pacific Fleet in Vladivostok he was enrolled in the engineering department, where he was a mechanical engineer with knowledge of two foreign languages. The management noticed him. A few months later he was sent as part of the procurement commission to Germany to receive weapons Krupp, where he attracted the attention of the people's commissar of the shipbuilding industry Tevosyan, who headed the commission. The reason for this was the case when the interpreter who accompanied the People's Commissar, insufficient technical terminology had not been able to translate into Russian a lot of things, which explains the engineer company, and Berezhkov became to help her. This event marked the beginning of a sharp turn of his fate. 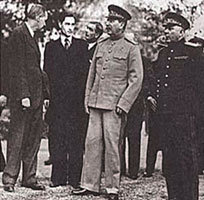 Later, he worked as Interpreter in Narkomzovnishtorg with Mikoyan, from there he was transferred to the People's Commissariat of Foreign Affairs, headed by Molotov. In 1940 he participated in the negotiations with the Germans, the Soviet government delegation headed by Molotov in Berlin. In December of the same year he was appointed First Secretary of the Soviet Embassy in Germany and the People's Commissar assistant.

And finally, the coolest twist of fate. Stalin remarked that his translator from English made mistakes. The leader of the Soviet people asked Molotov - if he has a good a translator from English. "Yes, but only with the German" - is responsible Commissar. "I'll tell him and he will learn English" - said Stalin. And Berezhkov urgently had to improve his knowledge of English. The Kremlin era" of his life started from this period.

In late 1944 V.M.Berezhkov was transferred to work as a journalist on suspicion that his parents, who were at the time under the German occupation in Kiev, were in the West. He worked as chief editor of "War and the Working Class" (later a popular magazine "New Era"), and then participated in the creation of a new magazine, "the United States. The economy. The ideology. Politics." In the 1979-83 he was the First Secretary of the Soviet Embassy in Washington. In 1992 he moved to the US to teach under contract to the University of California. V.M.Berezhkov died November 24, 1998 in California (USA), was buried at the cemetery Vagankovsky in Moscow.