Ukrainian Educational and Cultural Center has been opened in KPI 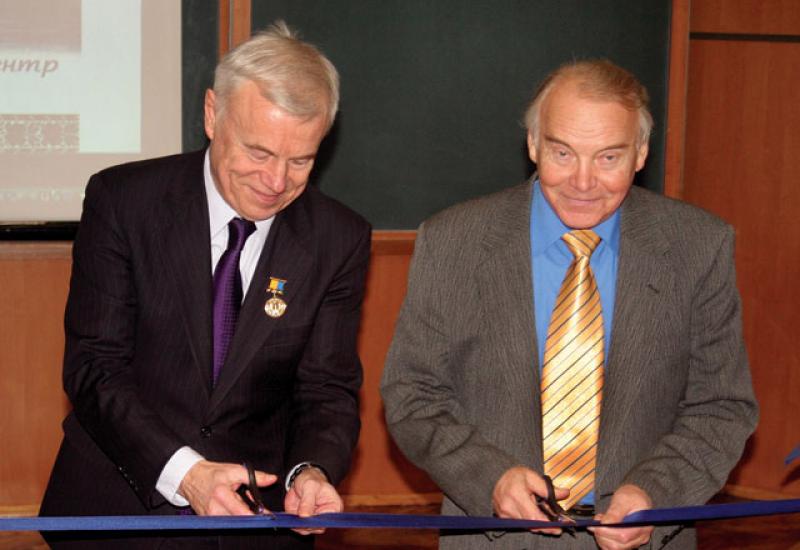 December 17 the first rector of NTU "KPI" Y. Yakymenko and deputy chairman of the All-Ukrainian association "Prosvita" prof. A. Ponomariv, solemnly cut the symbolic ribbon and opened the Ukrainian Educational and Cultural Center "KPI". The Chairman of the Ukrainian Society "Prosvita" P.Movchan, the head of the Kiev Society "Prosvita", Associate Professor of the University O.Puhach, rector of KNU n.a. T. Shevchenko V. Shevchenko and other nototious figures took part in the festive events.

Welcoming the participants, Y. Yakymenko said that in 1989 the KPI was the first technical universities in Ukraine to open the department of Ukrainian language, where the Ukrainian terminology in teaching engineering disciplines was introduced. The Center is opening on the eve of the 140th anniversary of the "Prosvita". It was again the representatives of the KPI, who stood at the origins of this restoration in the independent Ukraine.

In his speech, MP of Ukraine, the chairman of the All-Ukrainian association "Prosvita" poet      P. Movchan said that he dedicated many years to the study of the nature of the word. According to him, language is a God’s gift to people, and there can not be superior or secondary language, all languages and cultures are equal on the Earth. The poet believes that a word creates the culture. He praised the exhibits of folk art, introduced in the Picture Gallery n. a. G. Sinitsa, where the best masters from all over Ukraine presented their works. "You have an opportunity to see he stories and motives formed in Ukraine long time ago," – P. Movchan claimed. He thanked the professors of NTU "KPI", "who help the young with self-identification, turning them to the native language." "The one who forms the Ukrainian big world, is the one creates its future" – the guest concluded his speech and presented Society "Prosvita" awards to the  members of NTU "KPI".

Doctor of Phililogy, Honored Journalist of Ukraine, professor at the Institute of Journalism O.Ponomariv made  The report "The Ukrainian language in today's world". He is the author of the books studied by several generations of students, including those present in the hall trained. He said that there are 2.5 thousands Languages in the world and Ukrainian is included to thirty the most common ones (Chinese and Hindi are at the first positions).

It belongs to the most euphonical languages as for its lexical richness. The speaker claimed that discussions about languages in the country were caused artificially. Ukraine is less multiethnic, than France or Germany, it is mono-ethnic in most areas, 78% of Ukrainians lives here. The eastern regions of Ukraine gave Ivan Dzyuba, V. Sosura, Sisters B. and L. Rudenko, A. Solovianenko and others. Alexander Danylovych was born in the east as well. Coryphaeus of language thanked the polytechnics for the initiative of establishment of the Center and wished them fruitful work. In conclusion, the professor recited V. Sosura’s poem “Do love Ukraine” (orig. «Любіть Україну»).

The activity of Ukrainian Educational and Cultural Center of NTU "KPI" organized on the initiative of the Department of Ukrainian Language, Literature and Culture (Head - O.P.Onufriyenko, she is also the head of the Center) aims at distribution of functioning of the Ukrainian language in all spheres of life in Ukraine through active cooperation with government, academic, and public institutions. It will include educational, cultural, scientific and aesthetic-linguistic areas. In her speech Olena Petrivna emphasized this point, referring to students and also reminded them that after graduation they will enter the ranks of the Ukrainian intelligentsia and form the national elite. Universities are designated to cultivate nationally conscious, patriotic citizens, educated people with professional knowledge, who are spiritually and morally formed. The Center will contribute to the education of spiritual qualities and spiritual enrichment of the students.

The Club of intellectual and spiritual communication and Music room will work to attract more youth to the sphere of cultural, educational, aesthetic and linguistic programs.

The scientific work of the Center will include creation of polytechnic bilingual dictionaries, publication of scientific collections on the problems of the Ukrainian language, Ukrainian scientific and technical terminology, textbooks, textbooks that meet new, advanced language technology and innovative teaching methods.

The activity and the scientific potential of the Centre can also take part in competitions on issues of development and functioning of the Ukrainian language in Ukraine and abroad, aimed at implementation of various programs of the State. 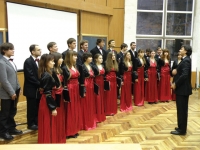 Networking with Polytechnic Universities in different countries will provide joint scientific conferences, seminars and exchanges of students and teachers to participate in cultural and educational programs. Communication with the Ukrainian expat community in different countries will broaden the scope of the Centre and will attract to its Ukrainian cultural and educational programs all those who want to learn the Ukrainian language, to get acquainted with Ukrainian culture, architecture, art, folk art, ethnography and so on.

Organization of seasonal (summer, winter, marking the holidays) School of Ukrainian Studies will encourage Ukrainian and foreign listeners near and far abroad to study the Ukrainian language, literature, culture and history.

The Centre will pay special attention at scientific and research programs which study the presence of Ukrainian scientific and technical achievements in different countries and, in particular, the participation of graduates of NTU "KPI" in research in these countries.

At the end of the celebrations amateur folk groups of the university performed in front of the audience to mark the opening of the Ukrainian Educational and Cultural Center of NTU "KPI".