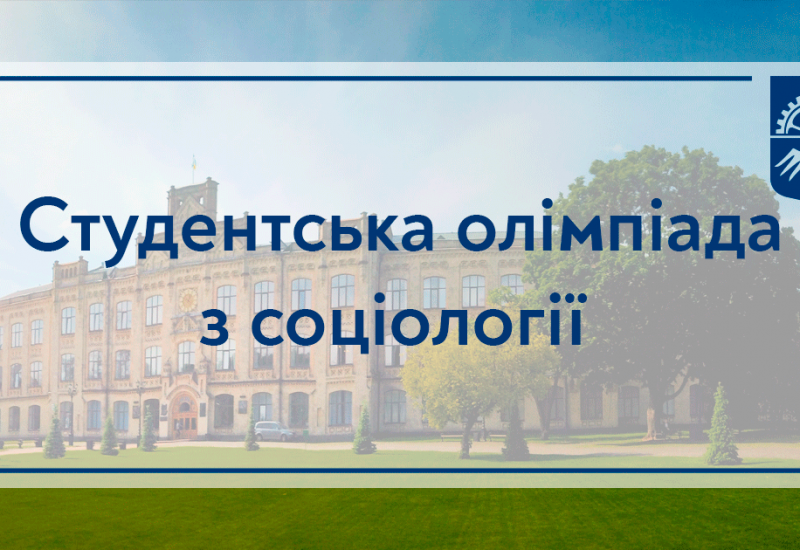 In the first round, participants took computer tests consisting of 50 multiple-choice questions.  The questions had four answers, one of which was correct. The maximum score for the tests was 50.

The second round involved a creative task, namely the preparation of tools for sociological research (questionnaire) on the topic “The attitude of young people to the legalization of gambling”. The topic was announced before the start of the second round. The maximum score for the questionnaire was 50.

At the same time, the Student Olympiad Organizing Committee held a lecture and a discussion of Candidate of Political Sciences (Ph.D.), Senior Lecturer of the Department of Sociology at Igor Sikorsky Kyiv Polytechnic Institute Oleksii Yakubin. He spoke on the topic: “Liberal Democracy: Important Aspects”.

The jury panel also determined the winners in individual and team nominations.

Onohuekkhian-Khabert Nadiia became the winner for the creative approach in preparing the questionnaire.

The best team of student engineers was the Institute of Specialized Communication and Information Security of Igor Sikorsky Kyiv Polytechnic Institute.

All participants will receive electronic certificates of participation, diplomas for nominations. The Olympiad winners will get honors and souvenirs.