Development of the first domestic unified satellite with scientific equipment for low-orbital altitude research has begun in Ukraine.

The project is jointly implemented by the Radio Astronomy Institute of the National Academy of Sciences of Ukraine, Igor Sikorsky Kyiv Polytechnic Institute and Institute for Scintillation Materials of NAS of Ukraine. 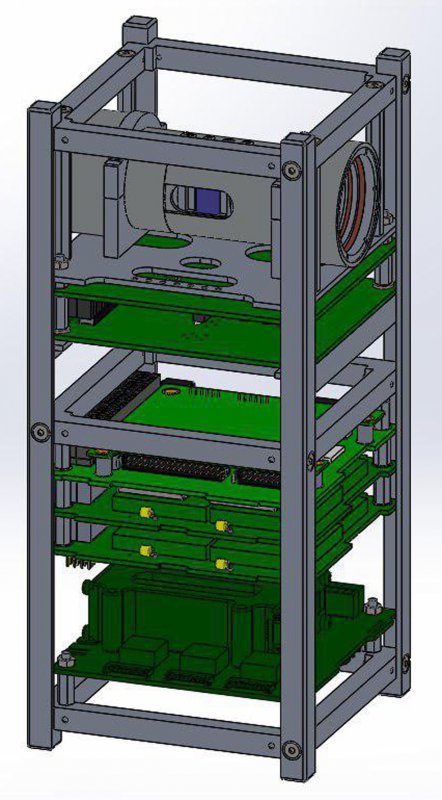 It is planned to develop a general conception and make a laboratory prototype of the CubeSat nanosatellite with payload in the form of a miniature detector-analyzer of electrons and protons MiRA_ep with the possibility of additional attachment of other purpose payload.

The device will continuously scan ionizing radiation in the lower layers of the Earth’s magnetosphere, investigate the dynamics of the Earth's radiation belts as a component of cosmic weather, and detect non-stationary flows of high-energy electrons and protons at ionospheric and low-orbital satellite altitudes.

“The most important thing in our development is not even a satellite as a basis, but a scientific experiment. For that experiment we develop scientific “stuffing”.  It's about exploring Earth’s radiation belts, space weather. Equipment will be installed on the satellite. For the research It’ll  give the characteristics of radiation belts. There is a hypothesis, that in accordance with these data it would be possible to investigate bursts, which affect the equipment on Earth, or, for example, to predict earthquakes” - explained Dean of the Radioengineering Faculty Ruslan Antypenko. Post-graduates and students will be involved in the development.

Previously, space researches used to be carried out by tens of kilograms of massive devices, but now those devices might be quite tiny because they would be mounted on a nanosatellite. It is also important that the equipment developed in the Igor Sikorsky Kyiv Polytechnic Institute can be installed on its own platform as well as on other satellites.

The Unified Nanosatellite would allow to supplement or modify the structure of payload for scientific or applied research and observation in view of the different departments’ needs in Ukraine or abroad.

The nanosatellite will have a unified CubeSat 2U design. It will have payload in a form of MiRa_ep, service power systems, orientations, board computer, communication system. The MiRA_ep device is a miniature detector-analyzer of electrons and protons of magnetospheric, interplanetary and solar origin. It consists of a detector head with sensitive sensors of charged  elementary  particles, analog and digital signal processing modules.Particle sensors were developed by the Domestic Institute of Scintillation Materials of NASU. The Institute of Radio Astronomy of the National Academy of Sciences of Ukraine and Radioengineering faculty of Igor Sikorsky Kyiv Polytechnic Institute are developing the concept and working out the prototype modules of a compact device for high energy charged particle detection in space, for nanosatellites which have CubeSat design.