The Rock Garden for Students of Kyiv Polytechnic (video) 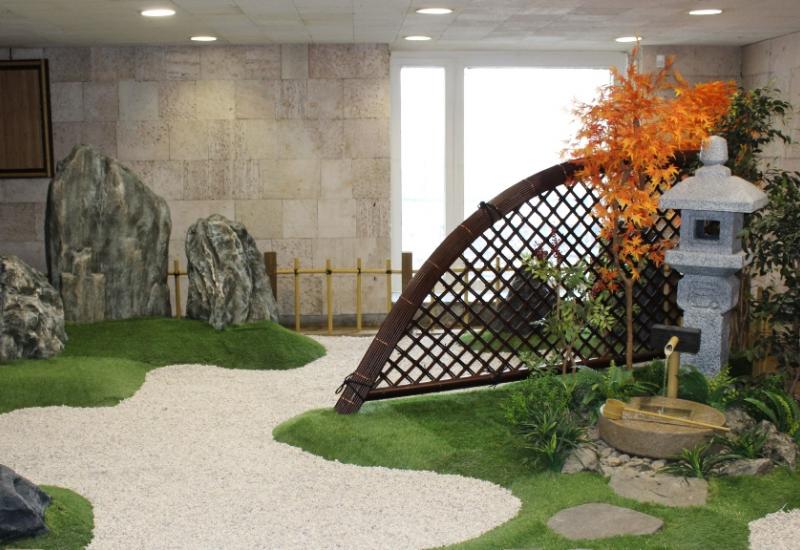 On February 5, an opening ceremony of the Japanese rock garden took place in the Scientific and Technical Library of Igor Sikorsky Kyiv Polytechnic Institute.

This garden was created in the Ukrainian-Japanese center of the University, which operates on the basis of the Scientific and Technical library, at the suggestion of the Embassy of Japan in Ukraine to celebrate the ending of the Year of Japan in Ukraine. A famous Japanese landscape design company Kosugi Zohen Co. Ltd., which has a history of over 300 years, took on the role of its creator.

Speaking to the participants of the ceremony, Mykhailo Zgurovsky said: "We are proud that Igor Sikorsky Kyiv Polytechnic Institute is the place where the Ukrainian-Japanese Center operates. This center is a place of communication of the representatives of culture, education and science of our countries, a place of various cultural and educational events, the list of which is continuously expanding. The rock garden is another symbol of peace and friendship between our countries and peoples."

Ambassador Shigeki Sumi added that Japanese culture had long been associated with the art of gardens, and that the rock garden would be another venue for cultural and artistic activities at the University.

President Kosugi Zohen Co. Ltd. Saki Kosugi expressed gratitude to the Embassy of Japan in Ukraine for assistance in creating the garden, as well as to the administration of Igor Sikorsky Kyiv Polytechnic Institute for placing it on its territory, and to all people present for their attention to traditional Japanese culture.

The Japanese garden symbolizes the perfect world of earthly nature and is full of symbols. The garden has to contain hills (or rocks) and water that symbolize the beginning of the yang and the yin. However, water can be replaced with sand, the furrows on the surface of which depict waves. The garden is an integral part of the Japanese life. Even in the crowded modern city, the Japanese will always find a place to create at least a microscopic model of the garden.