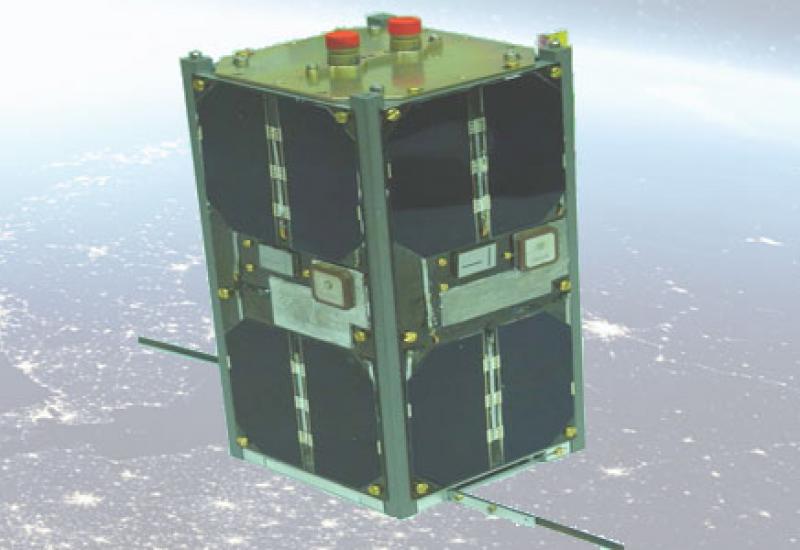 On 26 May at 6 a.m Kyiv time, nano satellite “PolyITAN-2-SAU”, that was designed by the team of scientists, teachers and student of Igor Sikorsky Kyiv polytechnic institute was launched into near-earth orbit!

Nano satellite of Kyiv polytechnics along with 27 nano-satellites created in universities of 19 countries and placed in two special containers on transport spacecraft «Cygnus CRS OA-7», was launched into space from the cosmodrome on Cape Canaveral (USA) on the board of American carrier rocket “Atlas” in April, 18, 2017. On 22 April, “Cygnus CRS OA-7” reached International space station. And at night, 22 of May, a second launching set of 18 university satellites, including “PolyITAN-2-SAU”, was launched into set points of near-earth orbit.

All these spacecrafts take part in the project QB50 with the purpose to demonstrate the possibility to launch the network (cluster) of university nano-satellites of different countries. It was planned to have fifty satellites. But by the moment of the start, it was only 36 satellites in the cluster since not all universities coped with designing of spacecrafts with particular characteristics. Thus, the set of 28 spacecrafts was launched into space from Cape Canaveral (as it was mentioned above on the ISS), 8 – from cosmodrome named after Satish Dhawan on the Shihariota island in Indian Bay (they were launched immediately into preset near-earth orbit).

The main goal of the launch of spacecrafts is scientific research of lower thermosphere of the Earth on the altitude 90-420 km (it is the least researched) to specify the global ion-thermosphere model (GITM model). After such research this model can be used as a tool for forecasting atmosphere abnormalities. Besides, there will be evaluation of input parameter sensitive of specially designed sensors of mass-spectrometers carried out for specification of the model according to the results of measurements.

Thus, Kyiv “PolyITAN-2-SAU” has to become the part of scientific space network designed for thermosphere research. In terms of the QB50 project, it carries on the board actual load – experimental sensor of counter gas flow FIPEX that is able to differentiate and measure characteristics of atomic and molecular oxygen (atomic oxygen is the main element on the altitude 90-420 km from the earth surface, thus the measurements of characteristics is of great importance for evaluation of thermosphere model).

However, university satellites will be performing some other tasks, purely engineering. Let’s say, nano satellite of Igor Sikorsky Kyiv polytechnic institute will be checking the work of orientation system with flywheel that specifically designed for it by polytechnics. Their own development was also solar sensors that are mounted on plane of the spacecraft and are the part of orientation system as well as frames of solar batteries made as multilayered honeycomb panel made of carbon fiber composite and aluminum cells (so called sandwich-panels) – they provide passive thermal control and at the same time perform protection functions etc.

«PolyITAN-2-SAU» itself is two-unit cubed-shape satellite of 2U CubeSat standard (2U means that satellite is built of two cube units, that is in shape of parallelepiped with sizes 10x10x20 cm). It belongs to the cluster of nano-satellites since it weighs more than 1 but doesn’t exceed 10 kilos. There are electronic boards of subsystems in the channel frame of the spacecraft. These are subsystem of data processing, navigation subsystem, orientation and stabilization, communication subsystem, load control subsystem and electric power subsystem. 4 solar batteries that consist of 16 gallium arsenide photoelectric transformers are mounted on honeycomb panel. Two portable antennas that work on orbit are placed on the cube plane that will be directed towards the Earth in the process of flights. Three Sun sensors are placed on three neighboring planes of the cube that create space angle directed in the flight towards the Sun. Four electronic boards designed by KPI of PC104 standard with electronic components of subsystems typical of this cluster of satellites are part of satellite. The creation of this satellite became possible due to sponsorship of Shenyang aerospace university (Shenyang city, People’s Republic of China), Kalinin Fund, “Diona”, LLC and “Boeing-Ukraine Ltd».

It is worthy to remind that second spacecraft that was designed and constructed under the guidance of head of the laboratory of nano-satellite technologies of the Faculty of Heat and Power Engineering of National technical university of Ukraine “Igor Sikorsky Kyiv polytechnic institute” Borys Rassamakin. First – “PolyITAN-1” – was launched on 19 June, 2014. The purpose of the launch was to perfect operational flight mode and research of parts of spacecraft construction with the purpose of their further perfection. It is still on near-Earth orbit and every day conveys telemetering signals to university center by flight control. The data obtained form it is extremely useful for researchers and engineers have been used at «PolyITAN-2» designing and are taken into consideration in the process of development of the next spacecraft of this series – nano-satellite «PolyITAN-3».

Now “PolyITAN-2-SAU” is on orbit. First signals from it have been received!