Competition "Youth for the Energy of Ukraine-2016" 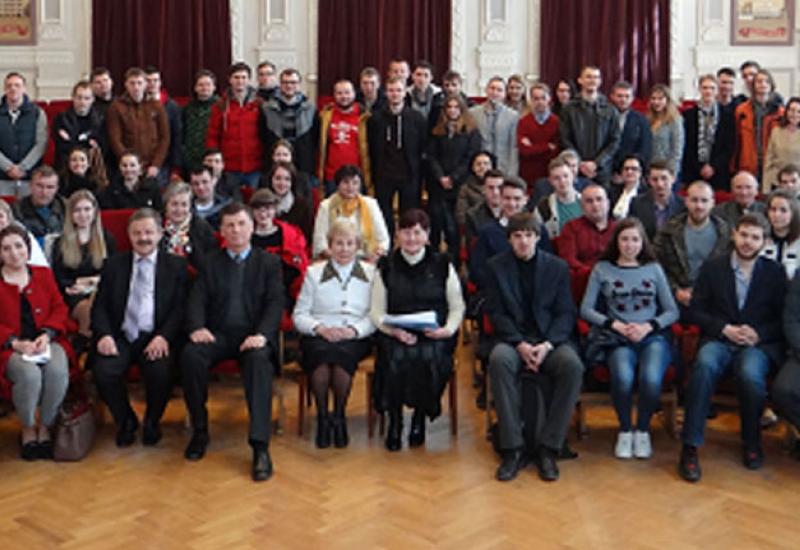 The open competition for young scientists and power engineers "Youth - Energy of Ukraine" (YEU) is an annual event. It is conducted by the All-Ukrainian Council of Ukrainian Energy Labour Veterans (responsible - Hero of Ukraine SI Potashnik) and our university (responsible - pro-rector for scientific work of the Igor Sikorsky Kyiv Polytechnic Institute academician of Ukrainian NAS M. Ju. Ilchenko).

The competition results were announced on April 20, 2017 in the meeting room of the Igor Sikorsky Kyiv Polytechnic Institute. The chairpersons were: the TEF  Dean, Vice-President of the Ukrainian Sci-Tech Association of Power Engineering and Electrical Engineering prof. E. M. Pisemenniy and Deputy Chairman of the All-Ukrainian Council of Ukrainian Energy Labour Veterans Z. Tomas. The participants were welcomed by the representatives of Ministry of Fuel and Energy, NEC Ukrenergo, Kyivenergo.

On April 20, 2017 announced the beginning of the reception of works on competition XVII YEU - 2017. We wish success to the participants of the upcoming competition!