Leiden University welcomes students of the Faculty of Chemical Technology 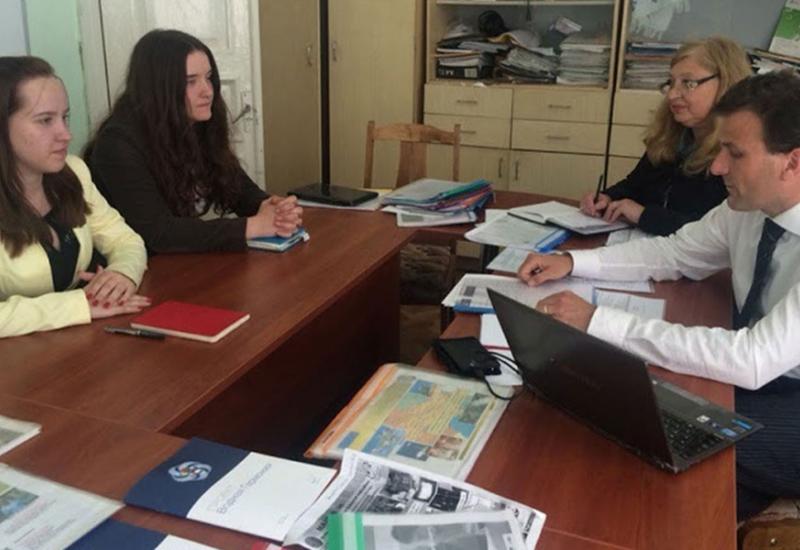 In 2016 a new European credit mobility program Erasmus + KA1 at which Institute of Chemistry of the University of Leiden (the Netherlands) and the Faculty of Chemical Technology of our University cooperate launched.

Nowadays the University occupies the highest lines in the rating institutions that conducting scientific researches in such fields as natural sciences, life sciences (the so-called "red" biotechnology), medicine, arts, social sciences, international law, astronomy. Thus, in 2013, Leiden University had the highest rating among universities in the Netherlands and was named as the best university in continental Europe of arts and humanities. According to rating Times Higher Education World University Rankings and the academic rating Shanghai Jiao Tong it was rated as 28-29th best university in the world. In 2015 the rating THE-QS Rankings gives Leiden University 94th position ( NTUU "KPI" occupies 601-650 position of this rating).

Leiden University has seven faculties and more than 50 research schools and institutes. Some of them are related to only one faculty of the University, others are interfaculty or even structures between the institute. More than 24 000 students are taught at the university; study at the university is paid, the cost is from 10 to 20 thousand euros per year.

The cooperation with this outstanding educational-scientific institution didn`t conceive easy. Acquaintance with Leiden University in 2014 was thanks to the international pharmaceutical company TOKU-E, which invited two graduates of the Faculty of Chemical Technology – Anastasia Yurchenko and Anastasia Kryvenko - to study in magistracy of Chemistry`s Institute of Leiden University; gave them grants for education and accommodation in order to improve knowledge in the field of biochemistry, pharmacology and the further engagement of the company. Since then the Faculty of Chemical Technology alone, then together with the Department of student mobility NTUU "KPI" many times made for the University of Leiden filing of suggestions to implement common scientific and educational cooperation. Head of the Department Tetyana Kuchynska , having unique experience in creating and implementing international mobility programs, reached positive response from the University of Leiden. Institute of Chemistry (LIC) of Leiden University responded to this proposal and in February 2016 credit mobility program was signed. According to this program provides scientific probation to 10 persons in 2016/2017 academic year.

32 candidates have signed up to the contest for the program and 14 students` dossiers were prepared, who completely meet the requirements of the competition ( the average mark of education is 4.0 and more, the certificate of English isn`t below B2, the availability of scientific publications, the participation in conferences and Olympiad). Of these students contest committee of NTUU "KPI" selected 10: 4 bachelors, 4 masters and 2 PhD students, as expected under the program. Program participants quickly prepared the necessary documents (motivation letter, reference letters, etc.) and registered at Leiden University through the online registration system, together with their academic advisers of the Faculty of Chemical Technology prepared a description of their research projects that they would like to spend in the laboratory of chemistry at Leiden University. But only two projects - Master Yuri Gusev and PhD student Alexander Paschenko - have been clearly endorsed by the heads of research laboratories Leiden University. There was a need to harmonize scientific training plans prepared by Ukrainian students and plans and opportunities for scientific schools and laboratories of foreign academies. The curators of academic programs of two universities got down to this work it is Dr. Ludo Yurlink (from LIC) and assistant professor Tetyana Duda (the Faculty of Chemical Technology). They have been working in the territory of the Faculty of Chemical Technology (International Office) with each student individually, comprehensively considering all possibilities, rules and traditions that exist in universities and that Erasmus + gives. During the discussion the agreement has been reached that the majority of time during the probation period should be devoted to scientific research in the laboratory and the minority - to the study of certain subjects. Thus it was agreed that for the probation period in research laboratories PhD students have to dedicate 100% of the time (60 ECTS), Masters - 70-80%, and bachelors of the 3rd year that will be on probation for only 5 months to 15 ECTS.

During the discussions, the scientific laboratory, the head and the direction of the research were selected for each Ukrainian student. To some Ukrainian students Dr. Yurlink advised increase the level of the spoken English, and to some masters advised to read certain sections of English textbooks on modern methods of research in Chemistry. Ukrainian students, in its turn, informed that during the contacting with websites of chemical Institute laboratories of the University of Leiden they could not see the content of scientific publications of some scientists. Dr. Yurlink has offered to denote publications` names and after that he will give the access to it for Ukrainian students. Thus, all discrepancies were removed, and the students received some guidance for the future and a specific plan of action.

For everyone who wants to participate in the next stages of Erasmus + KA1 Dr. Yurlink made a presentation of the Chemistry Institute, described the research areas, outstanding achievements, described in details about his scientific researches, which related to the study of physicochemical processes in the water`s adsorption and alcohol on platinum surfaces, also answered the numerous professors` and students` questions.

Erasmus+ KA1, what is implemented in Faculty of Chemical Technology, to some extent, is unique for KPI: firstly, Ukrainian participants will carry out scientific research with scientists from Leiden University in the multi filled laboratories with modern equipment; secondly, the research results will be announced at seminars each 2 weeks and the final result is planned to take the form of a scientific article and submit to journals with high ratings; thirdly, some Ukrainian students will work on their own scientific projects under scientists` guidance of the two countries, and the second part of students, mostly bachelors of 3rd year of study, will acquire skills in complex and modern physical and chemical equipment, and then they will be able to apply these skills while working on bachelor and master works. And the last it is the high speed of the program execution: it passed only 3 months from the date of signing to the date of registration and receiving invitations by students.

Let`s wish to the participants of mobility program to have scientific achievements, and its head and performers to have programs` continuation and development towards the establishment common scientific research topics, general educational scientific institutions and departments, involvement Netherlands` scientists teaching at the Faculty of Chemical Technology.