Weapons stabilizer for armored equipment: in competition for State Prize of Ukraine 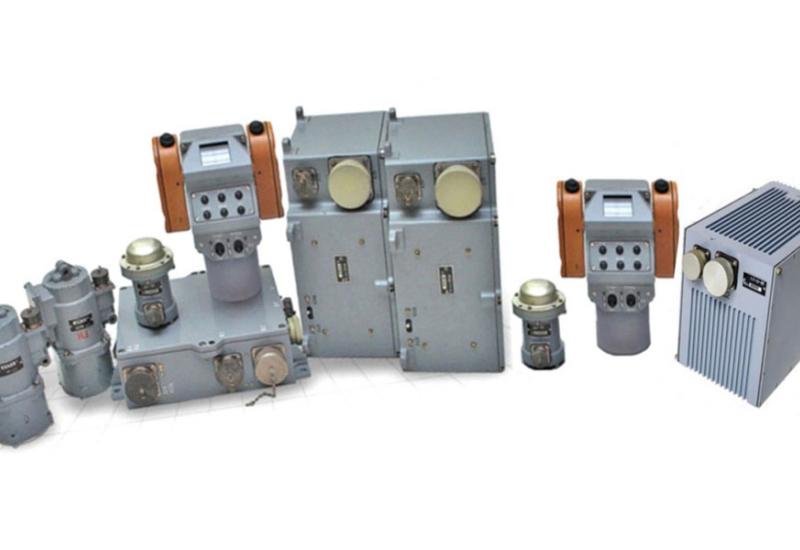 In terms of undeclared war on the teritory of eastern Ukraine it is extremely important  to enhance the defense capacity of the state. One of the enhancements - new instrument weapons stabilizer (WS) complex for light armored vehicles SVU-500 in various embodiments for different types of light armored vehicles (SVU-500, SVU-500-01, SVU-500-3TS, SVU- 500-4TS, SVU-500-4TS-01, SVU-500-10R, SVU-500-3TS-01), designed for stabilized guidance and tracking in horizontal and vertical planes, land, air and surface targets for effective fire from a halt, marching fire and fire afloat. In 2016 the project was nominated for the State Prize of Ukraine in Science and Technology.

The structure of the creative team who developed this complex includes Director General of JSC "NPO" Kyiv factory of automation in the name of H.I.Petrovskyi honored machine builder of Ukraine Ph.D. S.P.Malyarov, Chief Engineer of this factory honored mechanical engineer of Ukraine V.H.Tsiruk and its leading officials O.I.Klymenko, A.I.Ponomarenko and M.V.Ilchenko, professor of Department of instrumentation of "KPI" honoured Scientist of Ukraine, Ph.D. O.M.Bezvesilna and honored figure of scitech of Ukraine, Ph.D Professor, Academician of the Academy of Pedagogical Sciences of Ukraine, President of the Open international University of human development "Ukraine" Professor P.M.Talanchuk.

Development of new WS allowed to replace those kind of complexes that were produced in Soviet times by Kovrov's electromechanical factory in Russian Federation  and became hopelessly obsolete not only in its design and element base, but, above all, in its tactical and technical characteristics.

New long-range components of element base and data censors were implemented in Ukrainian developments. So for tactical characteristics, the new instrument WS improve light armored vehicles combat capabilities due to more precise guidance on target and stability, and also due to ease of unit weapons control, so far as systems are simple to operate and maintain. Moreover, they can be used not only in the military but also civilian sphere, for example, in mobile laboratories for various purposes.

In addition, owing to the usage of components and assemblies that are largely produced in Ukraine, the implantation of new instrument WS in manufactoring and staging them at arms oferred to minimize overseas supply of relevant components. Such equipment with twice better performance characteristics is two and a half times cheaper than its foreign analogues. It should be noted that at the time when preparing this information, more than 100 new weapons stabilizers systems on the BTR-4 are being used on the teritory of ATO. Not surprisingly that, since the early 2000s - the time when work on the development and implementation of systems began, manufacturing volume increased nearly 85 times, for example, in 2002 the index made 0.7 million UAH, and in 2016 - 85.3 million UAH. It is indeed significant contribution not only to strengthening defense capacity of Ukraine, but also to its economy!

Also, new WS were exported to Sudan, Myanmar, Iraq, and now are being supplied  to Thailand.

The results obtained, provided Ukraine an opportunity to become the founder of a new direction in the production of modern effective instrument WS of light armored vehicles.

Finally it should be noted that the novelty and competitiveness of engineering solutions implemented in WS are protected by 17 patents. On the subject 6 Doctoral and 12 master's theses were defended. The main scientific and technical results of the work published in 7 books and 9 textbooks, 285 scientific publications in professional journals (including 65 international), with the total number of 18 references to authors' publications (according to the database of Google Scholar), h -index = 11.

The Academic Council of “KPI” supported the nomination of the project for the State Prize of Ukraine.