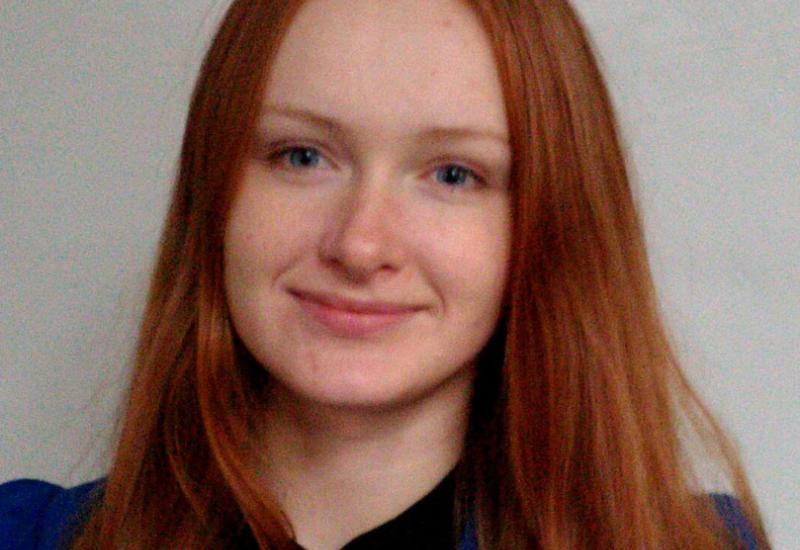 A long time ago we have grown from the world of fairy tales. And the idea about fairy maiden arose, when the tender girl with bright hair came to the editorial office. Apparently, it was not be surprised if she had waved a magic wand and the miracles began. The miracles accompany her, not fabulous, but man-made. Rather, it is achievement. Owing to diligent hard work.

Ivanna Bashkir, the sixth course student, is finishing studies at the department of thermal power plants thermal and nuclear power plants. She study very well, engaged in research, she is an activist in public life. So, this year she deservedly awarded nominal scholarship of Verkhovna Rada of Ukraine.

Remembering far 2010 year, when she entered into KPI, Joanna says: "To pass the competitive selection was pretty easy, because she had high scores of ZNO and the gold medal. Although she thought a lot about the future place of study. Mathematics and physics were her favorite subjects. Parents convinced her, that any human activity is impossible without energy. That industry will always be in demand and will develop. "

Now a student convinced that her choice was absolutely correct. Ivanna is delighted with studing in the KPI. She with interest absorbs all knowledge of the specialty, faithfully performs independent tasks and seeks to "feel" the profession directly to electricity object. She participated in scientific conferences and competitions, five of which are international, three are nationwide. She was awarded diplomas.

Nowadays Ivanna writes her Master's thesis, in which the main role is given to heat-aerodynamic calculations of the "dry" recycled water cooler, based on the plane-oval tubes with semi-finning that were designed in NTUU "KPI". This heat-exchange surface may be also applied in the air capacitors of process steam, devices of technological product air cooling, boiler economizers.