Startup School as an integral part of the innovation process (video) 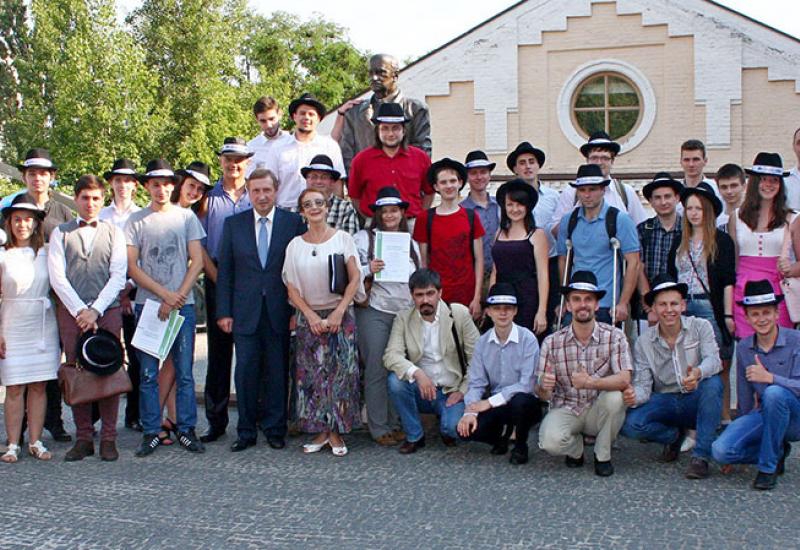 On November 19 at Startup School "Sikorsky Challenge" started training the next group of students on the program of the first stage of the course "Introduction to innovative entrepreneurship."

The effectiveness of teaching at this school are the results of this year's Competition IV innovation "Sikorsky Challenge". For the realization of the projects were the winners of this year 573 million investment. Most of these winners - graduates Startup School.

The contest "Sikorsky Challenge" - the brainchild of Scientific park "Kyiv Polytechnic". This is the space where scientists and engineers can tell entrepreneurs and investors about their heritage. Since its inception its purpose - to attract investment in research and technological development. But the results of the first two years of its operation were disappointing - each time the amount of investment does not exceed 200 thousand UAH.

Director of Scientific Park "Kyiv Polytechnics" Yaroslav Kolohryvov comments this way: "It seems to projects they liked, and areas of interest. Yet the investments were few. After talking with investors, we understood that projects not prepared to investor wanted to invest in their development. "

To attract investors the draft should pass two stages. You first need to study the market and create a working prototype of the product. The second step is to create a coordinated team that can implement his plan. In order to help the participants to successfully overcome these stages, the 2014 KPI Startup School was established as part of the innovation ecosystem "Sikorsky Challenge". This takes into account experience of such schools at universities in Israel, Sweden, USA and other countries. As for the features of the innovative systems of International Business Incubator "1776" Yuriko Khorvart says: "To use these ecosystems as" Sikorsky Challenge ", it is essential to provide an opportunity for inventors and engineers to not only focus on their specialization, but also explore the potential friendly product that they create. Then invite business partners to talk about new ideas and their application in life. And then let the invited investors to implement the proposed projects as companies working for common prosperity. "

The result Startup School manifested immediately. Yaroslav Kolohryvov notes: "Last year, the third contest" Sikorsky Challenge "went very well. At the end of 14 student projects were invested more than 23 million. This is due to the Startup School."

The success of schools interested representatives of universities, currently studying experience of such sites. One of them is the rector of Azerbaijan State University of Oil and Industry Mustafa Babanli. He says: "In Azerbaijan, many science parks. Yet the more I prefer the idea of ecosystem. We not only provide technical support to student inventors, but also teach them how to conduct their own business."

Together with Mustafa Babanli the IV Festival innovative projects "Sikorsky Challenge 2015" came to Kyiv student from Azerbaijan Fazil' Sakhibli. He presented the competition unmanned aerial vehicle project, which could be in the air twice as long as their counterparts. Supervisor Fazil' Sakhibli Professor Natik Akhmedov, spoke about the difficulties that had to be overcome by developing UAV project: "For us it was something new. We wondered how to communicate project information where to go in search of investment?"

Such issues faced by all newcomers in the business. If participants first two contests "Sikorsky Challenge" searched answer intuitively, now participants Startup School solve similar problems during training in working order. Says Mykyta Kornishev finalist, one of the authors in a startup Internet service "What to eat?": "We are taught how to run a business. Moreover, here we come up with a project."

And besides providing knowledge in economics and business, Startup School "Sikorsky Challenge" initiative focuses on the development of the participants. This student ideas emerging as the game turned into full-fledged projects. One of them - Oleksiya Makhn'ova invention, which he says, "I would like some toy with a propeller. Then we decided to create on its basis something useful. Thus was born the robotic system, which creates maps of radioactive contamination of water bodies."

Initiative inventors may be in another way. For example, finalist Anton Holovachenko figured out how to present the competition one of his projects did not pass to the final. He said: "This year I have previously applied for a robotic farm and an exoskeleton for rehabilitation of limb after fracture. The organizers have chosen to participate in the finals farm. My same vision else. I decided that the poster presentation will present the farm and exoskeleton presents at a ".

At the competition were presented projects of different scale. But the main attention was focused on modern scientific developments. As an example, a student "KPI" Serhiy Osypchuk presented secure communication station, which told me: "The project is called" tropospheric modern generation station "The Seagull." This current trend for military and Ministry of Emergency Situations. Terms of reference have been prepared. The only question that making experimental stations need money. "

It is worth noting that this year's rise in investments is due not only due under-preparation projects were Startup School. For a month before the final of the contest "Sikorsky Challenge" signed an agreement on cooperation between the scientific park "Kyiv Polytechnic" public concern " Ukrainian Defense Industry " and the Space Agency of Ukraine. This development prototypes and subsequent introduction of innovations in production may be carried out by means of industrial enterprises, which are part of the group and the agency. This gives investors confidence in the success of established companies.

As for how to develop an innovative space more, Rector of NTU "KPI" Mykhaylo Zhurovs'kyy said: "The next step is to create a working space for high-tech multinational companies. In KPI already operates 32 joint scientific and educational centers. This is, for example," World Data Center "," Nanoelectronics and Nanotechnology "," Clean Water ", Ukrainian-Polish Center of renewable energy, joint centers with companies like Festo, Progresstech-Ukraine, Bosh. Unfortunately, the space which university they might give, not adapted for full scientific and research work. So now we are negotiating on construction of six new buildings, which could develop creative mix of business and science, and where to emerging start-ups and innovative ideas. "