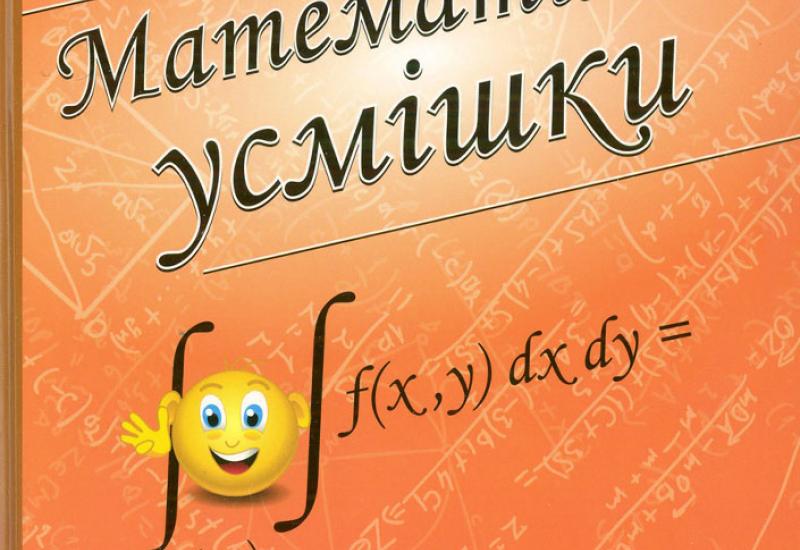 Recently  a collection of "Mathematical smiles" was published, the originator of which is Doctor of Science, Professor. Nina Afanasevna Virchenko. The book, a volume of 680 pages is divided into three sections: "The interesting and funny in the life of mathematicians", "Fun and funny math", "Mathematical  jokes." References contains 2051 title. Now we offer a fragment of introductory words of the originator, as well as some fun and jokes from this collection.

Mathematics, as it may seem paradoxical at first glance, in a certain sense is  a "cousin" of poetry. Despite its complexity and abstraction, it includes a lot of artistic, imaginative things  - and in the ways of creation, and the nature of existence. Some even speak of "mathematical images" as inherent math way of understanding the world. Anyway, no doubt that mathematics is indeed poetry, poetry of thought, "the poetry of the logic of ideas," in the words of Albert Einstein, and mathematical formulas and laws not only express the essential features of the objective world, but also reflect the "real, profound beauty of nature . "How art gives a person the beauty of sense, since mathematics gives a person the beauty of the mental. no wonder so many great mathematicians were ardent admirers of poetry, and many of the poets expressed their admiration for the harmony and beauty of mathematical thought.

It has long been the glory of mathematics, of her beauty, consistency, brevity, flawless consistency, its amazing results were written about not only by great mathematicians, but also by philosophers, writers and politicians. The best, most apt, witty sayings became the aphorisms and quotations from the original works by prominent scholars passed from generation to generation, and became also, in a sense, the pages of history of mathematics. In academic writings, correspondence, memoirs of  scientists, in particular mathematicians, from the time of Plato and Archimedes to the present day, you can find a lot of interesting, profound and original thoughts about mathematics, its development, etc. .. These aphorisms and sayings help to fully disclose various part of mathematical science, inspire and encourage those who are part of the magical fairy-tale world of numbers, numbers and figures, those who devote their lives to this world ...

The compiler hopes that the presented facts, examples will enliven the teaching of mathematics, will excite interest in mathematics .

Pythagoras believed that people got from the gods two blessed abilities: to tell the truth and to do good. Both the first and the second, in his opinion, due to the nature of the immortals.

The most ancient text, which refers to a fraction, it's "Homer's Iliad": "The two parts of the night have been passed and  the third part remained.

Plato believed that philosophy can be understood only by knowing the math. On the pediment of his school, the famous Academy, there was the inscription: "Let no one comes here, who do not know geometry."

Kurt Godel proved that the consistency of any sufficiently powerful mathematical system can not be established by means of this system. Godel's result served as the basis for such statements Hermann Weyl:

. But the devil exists too, as to prove its consistency, we can not".

F.Viet found out a lot of dependencies and various ratios, in particular, such a beautiful formula:

Of the tasks of the Leibniz

One of his task. Prove that:

Most compact and wonderful of all formulas: еіπ +1 = 0

Interesting  pairs of squares of numbers:

It can be proved that there are infinite number of  these pairs, moreover, there are such  pairs for other indicators of the degree.

It turns out that such numbers-shifters exist with respect to multiplication:

- What is the difference between a mathematician and a physicist?

- Mathematician believes that it is enough only two points to draw a straight line between them. Physicist necessarily will  require additional data

Once a mathematician comes home with a bouquet of red roses and gives it wife, too, math, with the words:

However, she throws a bouquet out with displeasure.

A woman sends her husband  (mathematician) to by a food:

- Please, go to the store and buy a loaf of sausage. If there are eggs, take a dozen.

Mathematician obediently comes into the store and asks the seller:

- Then give me a dozen loaves of sausage.