"Sikorsky Challenge" at a conference in Washington 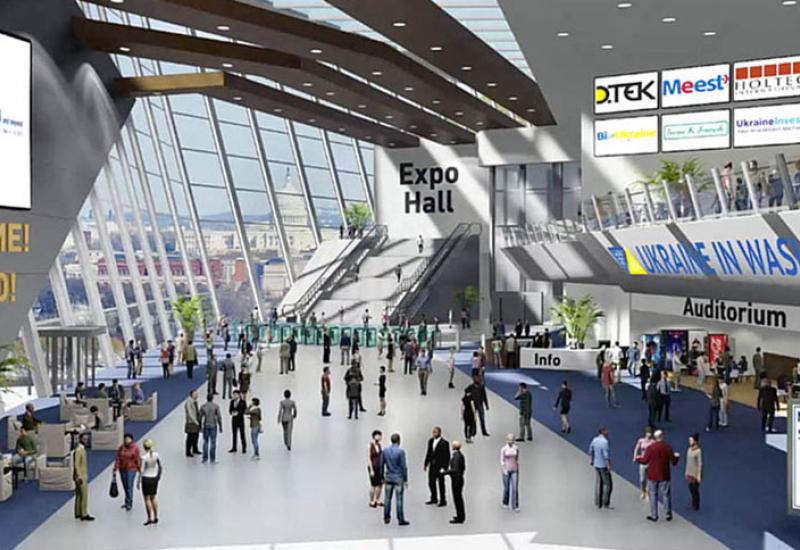 The all-Ukrainian innovation ecosystem "Sikorsky Challenge Ukraine" was presented at the conference "Ukraine in Washington and beyond", which took place from 11 to 13 May. This year's theme was "Strengthening partnerships through innovation and start-ups."

This conference is one of the important events of the American-Ukrainian Foundation programs. It has been held in Washington since 2011. So this year's meeting, albeit online, was a jubilee.

Throughout the years, the "Ukraine in Washington and beyond" conference has brought together key US and Ukrainian politicians and experts to discuss ways to strengthen the strategic partnership between the two countries. And, of course, to build relations for further joint work to strengthen peace and prosperity through common democratic values.

The participants discussed the current state of the strategic partnership between the United States and Ukraine, opportunities for business development and its future prospects. Traditionally, among the key speakers of the event were iconic and well-known statesmen, politicians, businessmen and scientists in both countries. Suffice it to mention that Ukraine was represented by Olga Stefanishyna, Deputy Prime Minister for European and Euro-Atlantic Integration of Ukraine, Oksana Markarova, Extraordinary and Plenipotentiary Ambassador of Ukraine to the United States, heads of several Ukrainian ministries, heads of some cities, founders and top managers of large companies.  And from the United States and other countries interested in developing comprehensive cooperation with Ukraine, the conference was attended not only by senators and congressmen, diplomats, heads of large business structures and research centres, but also by former NATO Commander in Europe General Philip Breedlove, Assistant Secretary of the Bureau of European and Eurasian Affairs of the US State Department Philip T. Reeker and other government officials.

The panel discussions focused on many important and really interesting topics for both parties. Actually, this is evidenced by the list of issues on the conference agenda: the first session was devoted to 120 days of the administration of US President Joseph Biden and their impact on US-Ukrainian relations, the second - to the situation on the Black Sea (eloquent is even the wording of its topic - "Whose sea is it?"), the third to stimulating investment in Ukraine, etc. Among others - energy and climate change as challenges for humanity, bioenergy in Ukraine, opportunities for the development of the Ukrainian economy, IT and technological innovations and scientific and technical creativity in Ukraine, nurturing technological start-ups in Ukraine.

In fact, it was not only about the All-Ukrainian ecosystem "Sikorsky Challenge Ukraine" as an extensive system of complementary structures and a number of partners at the local, regional and national levels, as well as high-tech companies from different countries and start-ups, but also about the all-Ukrainian network of start-up schools launched in Igor Sikorsky Kyiv Polytechnic Institute. The network now includes more than a dozen training centres operating in various Ukrainian cities and one in Azerbaijan. They are formed at local universities, which with their scientific schools, expert environments and a steady stream of students, graduate students, scientists, engineers, inventors are becoming urban centres of innovation in various sectors of the economy. That is why among the speakers at this session were representatives not only of Igor Sikorsky Kyiv Polytechnic Institute, but also of other Ukrainian universities.

However, the basic information about the history, structure and activities of the ecosystem "Sikorsky Challenge" gave to the conference participants, of course, the initiator of its creation, founder and main ideologue - the rector of Igor Sikorsky Kyiv Polytechnic Institute Michael Zgurovsky.

Moreover, according to him, the flow of participants who annually pass through the structures of the All-Ukrainian innovation ecosystem "Sikorsky Challenge Ukraine" is not less than 3,000 people. And 20 high-tech companies from the USA, 20 from European countries and 70 Ukrainian ones are currently cooperating with one of the main components of the ecosystem - Kyiv Polytechnic Science Park. Through it, more than 150 high-tech products and technologies have already been launched on the market with significant economic and social effects.

About the main mission of the ecosystem "Sikorsky Challenge Ukraine", Igor Sikorsky Kyiv Polytechnic Institute role in its creation, as well as the directions of its activities (including international) and the tasks solved by its participants, was discussed by the longtime chairman of the international jury of the Festival of Innovative Projects "Sikorsky Challenge", former longtime deputy director of STCU and consultant on Innovation and Technology Transfer Vic Korsun (USA). And about practical results of activity of regional participants of an ecosystem and prospects of introduction of the innovative projects of various orientation and scales created within its limits - Mariupol Deputy Mayor Serhiy Orlov, Vice-Rector for Research at Azov State Technical University Ihor Lentsov, Vinnytsia Municipal Innovation Centre Director Svitlana Yarova and Vice-Rector for Science and International Cooperation of Yuri Kondratyuk Poltava Polytechnic National University Svitlana Sivitska.

The bright end of the session was the presentation of three start-ups, which were created in the innovative environment "Sikorsky Challenge" - a multimedia complex that allows you to make an interactive "Camtouch" from any surface; mosquito and mosquito-free safety and comfort zone device "Mosqitter" and nebulizer for generating high-quality aerosols "Ultrasonic Nebulizers for Mechatronic Automation Systems" - they were presented to the conference by the authors and members of the development teams.

Reference: The organizer of the conference "Ukraine in Washington and beyond" The United States-Ukrainian Foundation (USUF) is an intellectual centre for the support and development of strategic partnership between the United States and Ukraine, headquartered in Washington, DC. It has been working in the cities of Ukraine since 1991. The Foundation has created and maintains numerous strategic programs and projects, providing them with funding of almost $ 50 million. USUF's work is aimed at supporting the development of democracy, a free market economy and human rights in Ukraine and strengthening the strategic partnership between the two countries.