“KPI talents – 2019”: a variety of colours and discoveries 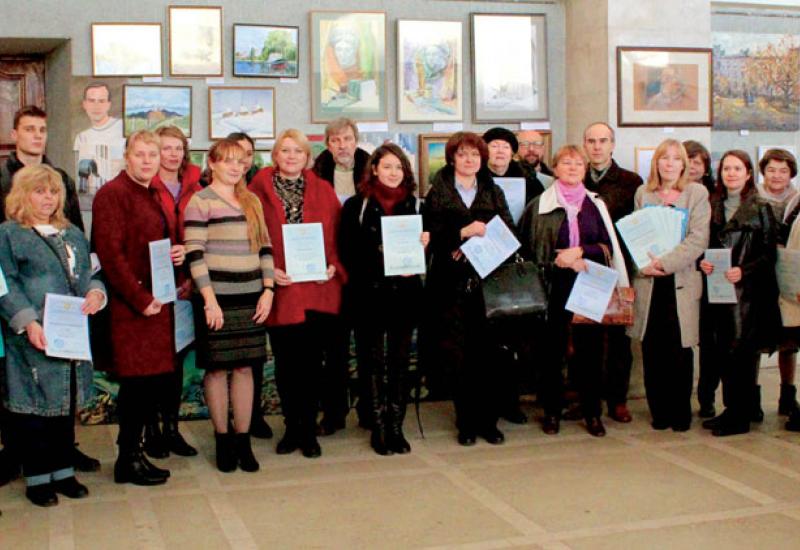 On December 18, the closing of the annual Art Contest "KPI Talent" was held. The exhibition of the presented works had been held in the Exhibition Hall of Building No. 7 since November 11. 67 participants took part in the competition. Students, teachers, scientists and workers of Igor Sikorsky KPI, "Harmony" studio participants presented about 300 works in total at CCA of NTUU "KPI". As always, among the contestants were the participants who exhibited their works for lots of time, as well as those whose names were introduced to the audience for the first time. In general, the competition promoted the enhancement of artistic creativity and cultural growth of students, teachers and staff of the University.

In the nomination "Painting" the first place was shared by the staff member of the economic part of the University Svitlana Lozyanko, the participants of "Harmony" studio at CCA Anastasiya Yezhela and Olha Rubtsova, the graduate of KPI Yuliya Hrytsenko.

Svitlana Lozyanko was the first to present at the competition. She presented over 20 Biblical-themed paintings, as well as contemporary colorful variations of folk paintings on themes of popular Cossack Mamay in the 18th-19th centuries.

In the "Graphics" nomination, the first place was shared by the first-year student of the VPI Sofia Budarina and the employee of Igor Sikorsky KPI Olha Bazhenova. The second place went to Kateryna Horbachova, a participant of "Harmony" studio, and Tetyana Haranenko, a lecturer at the MMI Aircraft vehicles manufacturing technologies department.

In the nomination "Decorative and applied arts" the first place was given the head of the laboratory of the Department of Engineering Ecology of IEE Volodymyr Pushkin. Volodymyr Pavlovych's works are well known to the Kyiv polytechnics. None of the "KPI Talents" exhibitions has not been without his carved compositions in recent years. The artist works in collage technique, uses wood, metal, leather and more to create images. His works reflect the outlook of the author, who invites viewers to look at the strange creatures, that he is the only one to know about, and to plunge into the world of fantasies and associations. The second place was shared by the assistant of the Department of Graphic Arts VPI Polina Prohorchuk and professor of the Department of Descriptive Geometry of FMF Volodymyr Yurchuk. Third place was given to the leading Specialist of the Office of the Scientific Secretary of the University Nataliya Lapkovska.

In the nomination "Embroidery" the first place was given to the senior teacher of Department of mathematical physics Larysa Kotsyuk. The second place was shared by the associate professors of the Department of Mathematical Physics Olha Borysenko and Anna Kulyk. The assistant of HTF Irina Kuzevanova got the third place.

The winners of the competition received diplomas, and all participants - gratitude.