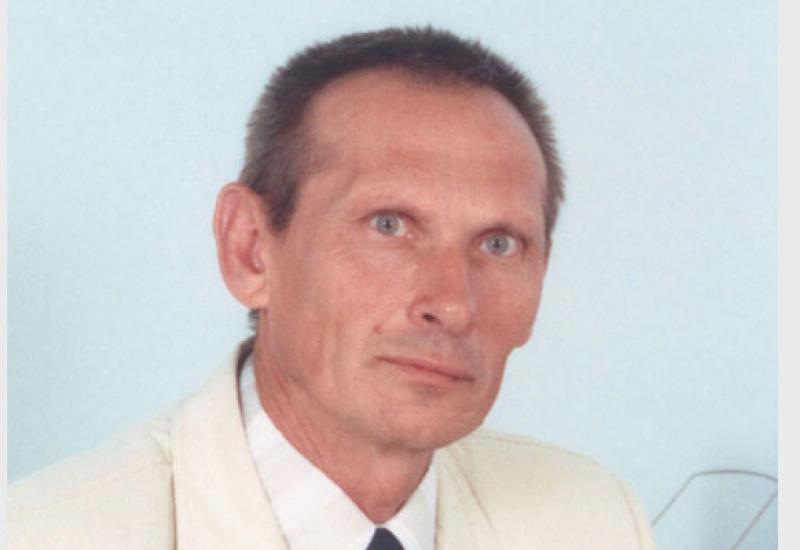 On 24th September V. Herasymchuk – a famous scientist, administrator and organizer, a professor of international economy`s department, is 70 years old.

He was graduated from Igor Sikorsky Kyiv Polytechnic Institute in 1973. He worked as a master, engineer, senior engineer in Kyiv production unification called «Bolshevik». From 1981 returned to Igor Sikorsky Kyiv Polytechnic Institute. Here he worked as an assistant, senior teacher, university  reader. Held position of dean`s protector  in the work with foreign students (1991-1992)  and dean`s protector in the faculty of management and marketing (1992-1993). In 1986 he protected candidate`s dissertation, in 1996 – doctoral. In 1998 the scientific rank of professor was appropriated to him.

From 2002 to 2007 V. Herasymchuk held a position of dean of management and marketing  department. Basic principles that he developed on his post were: mathenization, computerization, linguization,  economyzation and engineering. He is a participant and organizer of more than 300 conferences, forums, seminars and symposiums. In 1993 he initiated the cycle of international research and practice conferences «Management of organization: diagnostics, strategy, efficiency», that became the base of leading universities of Kyiv, Dnipro, Chernihiv, Minsk, Moscow, Vilnius, Riga, Tallinn. Now this cycle is named «International scientific and technical cooperation: principles, mechanisms and efficiency». V Herasymchuk is an initiator of founding of professional collection of scientific works called «Economic announcer of Igor Sikorsky Kyiv Polytechnic Institute» (2004).

V. Herasymchuk also worked out of Igor Sikorsky Kyiv Polytechnic Institute. He was the member of expert council of DAF in MES Ukraine (2003-2009), the member of presidium of Scientifically-methodical commission of a management MES Ukraine (2002-2007), the head of the section «Management in the field of production» (2002-2007). He is a member of Higher council of the Ukrainian union of scientist-economists (from 2012). Also was a coordinator of international association economic faculties deans of leading technical universities (Ukraine, Belarus, Latvia, Bulgaria, Lithuania, Macedonia, Estonia, Poland, Serbia, Montenegro, Czech Republic, Bosnia, Gerzegovina and others). He was the leader of Ukrainian-Deutsch projects ("Transform", "HANIEL Project" and others) in the process of 50 graduate students of Igor Sikorsky Kyiv Polytechnic Institute and other universities passed the internship abroad.

V. Herasymchuk investigates the problems of theory and practice of management, marketing, enterprise, international economy, international scientifically-technical cooperation, steady development. His most prominent achievements are methodological bases of improvement of national economy politics, by innovative development of Ukraine with her industrial complex, perfection of paradigm of international scientific and technical cooperation, deepening of marketing conception of management industrial enterprises, perfection of methodology of «organizational development». He set conceptual principles of diagnostics of control system by an enterprise; grounded the theoretical base of determining the goals and choices of strategic alternatives to organizational development; generalized world and home experience of the evolution of structures of management of subjects; the organizationally-economic mechanism of management mechanization of productive processes offered on the enterprises of local industry of Ukraine.

V. Herasymchuk published over 600 scientific works in 24 countries. Among basic publications: textbook "Economy and Organization of Production" (in 2007), 15tutorials, 22 monographs. He is a laureate of premium of Igor Sikorsky Kyiv Polytechnic Institute (in 1997) for tutorial “Marketing: theory and practice” (in 1994) and monograph "Development of enterprises: diagnostics, strategy, efficiency" (in 1995). Under his leadership10 Candidates of Economic Sciences are protected. He is an international expert of awarding scientific degrees.

Colleagues, friends, students, students of the Department of International Economics, Faculty of Management and Marketing, sincerely welcome dear V.Herasymchuk with an anniversary. Strong health to you and domestic!