To the 85 anniversary of heat power faculty 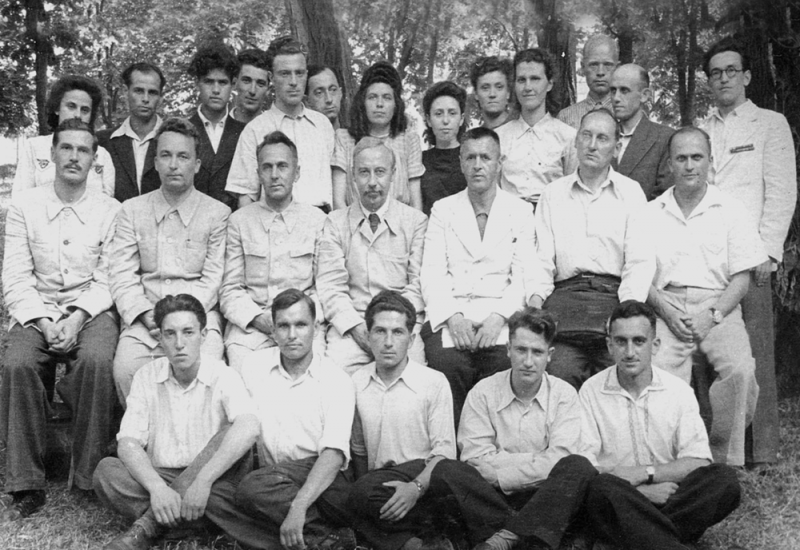 Training of heating engineers at the Kyiv polytechnic institute has begun from the first days of its existence and occurred in the mechanical department of the institute. 815 mechanical engineers who have gained diplomas of KPI till 1918, almost 50% were experts in heat engineering (boilers, turbines, locomotives, heating and ventilation, industrial heat technology, etc.).

In 1962 the faculty has been renamed into thermal power faculty (TEF).

Today TEF is high on the list in KPI of Igor Sikorsky by the number of students (more than 1600). The faculty has 5 graduating departments:

Besides, the faculty has the branched system of research divisions with the developed scientific and industrial base.

The last five years in life of faculty were difficult, first of all because of the difficult socio-political and economic situation in the country. Despite all difficulties, the faculty worked and  developed. For 5 years, 6 textbooks, more than 30 manuals and 150 methodical instructions have been published (including electronic versions).

There has taken place the next accreditation of faculties in 2013, which was preceded by extensive preparatory work. In particular, new industry standards for the higher education and university standards have been developed and put into operation.

The large role in general engineering and professional training of TEF students is played by computer ensuring educational process and use the information technologies. Today TEF has 29 computer classes with more than 340 modern computers, the majority of which has Internet connection. At NPSETP department the new computer class on 20 places, equipped with the licensed software package AUTOCAD 2016 was created in 2016. The license for AUTOCAD 2016 and a number of the related software AUTODESK firm gave the LLC ProyektKonsalting company, which is headed by graduates of NPSETP department - the CEO A. A. Brovko and the head of department of AUTODESK - A. A. Degtyarenko. Two new specialized computer classes with modern equipment were established at AHPEP and TIHE departments.

Scientific work at TEF faculty is large, which the last 5 years has been aimed ​​ mainly on development of methods and means of economy of primary energy resources, ensuring ecological safety of the power generating technologies, increase in efficiency and reliability of the heat power equipment.

Scientific activities were realized by staff employees (among them there are 2 doctors of engineering and 16 candidates of science), part-time teachers, doctoral candidates, graduate students, applicants of scientific levels, students. Two doctoral dissertations are defended by results of researches (N. M. Ausheva, dep. APPSE and V.Yu.Kravets, dep. NPSETP), 24 master's theses, 31 monographs, more than 800 articles are published (from them 502 in professional journals, 187 in the publications, entering in international scientometric databases, 117 in foreign journals), 113 patents for inventions, including 7 foreign are taken out.

By results of scientific activities, TEF ranked the 3rd place among academic units of the university in 2014, VI in 2013, VII in 2012, and also the I place on amount of works in the Scientific park "Kyiv Polytechnic".

There are some works finished in the last five years, performed on the priority directions. The main scientific results, received in these studies, corresponding to world level are also implemented or are implemented in power engineering, power plant engineering, instrument making.

At NPSETP department under the leadership of E.M.Pismenny, the creation of new combined system of a heat transfer of transpiration-condensation type (CGT), consisting of two separate independent heat-transmitting elements is justified: the cored thermal pipe and the pulsation thermal pipe, combined with a cooling edge. It allows significantly to reduce the system thermal resistance due to lowering of thermal resistance in a heat sink zone.

The work "Development of technology and the equipment for incomplete cross fins the plane-oval tubes by the contact welding and creation on their basis the wide nomenclature of energy saving heat-exchanging devices" was marked by the Prize of the Cabinet of Ukraine in May, 2014. E.M.Pismenny and O. M. Terekh were the authors.

Under the leadership of the prof. E. M. Pismenny, the heat transfer in models of the heat-generating bundles and systems of the passive heat sink for gain barriers of safety in nuclear power was researched in 2016.

Under the direction of the Dr.sci.tech.  V. J. Kravets the processes of steam generation of the latest heat carriers (nanoliquids) in closed miniature evaporative-condensation systems (ECS) of space purposes. These miniature thermal pipes were selected by the European Space Agency for use in thermal stabilization of electronic power supply spacecraft for a mission to an asteroid 162173 1999IU (MASCOT project). The operation is unique in the world.

Research and development operation of CITNPP department was aimed at developing methods and tools of extension for continuing reliability and economic operation of the power generating facilities, in particular high-temperature elements of an energetic and thermal technology equipment. Works were performed under the guidamce of the prof. O.J.Chornousenko.

The results of the researches executed at department in previous years under the leadership of the prof. L. O. Kesovoi were included to the work, which was awarded by the State Prize of Ukraine in science and technology 2012.

Under the leadership of professors M.K.Bezrodny and G. B. Varlamov at TIHE department the cycle of researches hydrodynamics and a heatmass exchange in contactgas-droplet heat utilizers is executed. Development under the leadership of the prof. B. Varklamov of highly effective and ecologically safe combustion system of tubular type for boilers of municipal power engineering have great practical value.

Under the leadership of the prof. M.O.Diky the new technology for recycling heat gas turbines installations (GTU) of compressor stations of the main gas pipelines is developed, which allows to increase the general efficiency of the station from 25-31% to 45-48%.

The cascade (multistage) centrifugal vacuum distillers with the thermoelectric thermal pump intended for receiving high cleaning water on spacecrafts are researched under the leadership of the prof. V. G. Rifert. Results of operation are implemented in NASA (USA).

The original study of hydrodynamics and heat transfer in air heaters for of thermal pumps and ventilation systems in which heating is carried out by the heat of crystallization of water, performed under the guidance of prof. I.I.Puhovoho.

Under the guidance of Assoc. P.O.Barabasha under development and research of energy-saving technologies in the steam turbine system (HPTU) for electricity, heat and water.

In research commissioned system of dispatching and remote management group of independent boilers, developed under the leadership of Associate Senior O.Y.Korolevych. It provides the fuel savings at 12-15% and reduce power consumption by 7-10%, and increases operational safety.

Under the guidance of prof. S.O.Luk'yanenkо at the Department of APEPS were held development of mathematical modeling methods of various dynamic systems and processes. Under the guidance of prof. O.A.Hurzhiy numerical simulation of scalar fields of transport processes in systems with distributed parameters. The use of geoinformation technologies in environmental studies devoted to the work performed under the supervision of A.A.Verlan.

Work on the use of semantic technologies in electronic education carried out under the direction of assistant professor. O.O.Haharina. The research aimed to improve methods and tools of distance learning and the creation of standards in the field of distance learning.

The research at the Department of ATEP performed under the guidance of prof. Y.M.Kovryiy aimed at developing new methods of synthesis and optimization of automated control systems and power generation objects of energy consumption.

The Deputy Dean of TEF Department on scientific work Ph.D. Y.E.Nikolayenko is the head of research and applied work in which offered the use of heat pipes for heat energy efficiency in high-power LED lamps for indoor lighting facilities.

A striking achievement of TEF Department in scientific activity for the last five years is the development and production by team of scientists of TEF, FEA, FEL, RTF Departments under the direction of Associate Senior Scientist of AES and ITF Departments B.M.Rassamakin nanosatellite "PolyITAN-1" of format "Cube Sat" was launched into orbit in June 19, 2014. Further development of scientific work in this direction was the creation of nano-satellite "PolyITAN-2-SAU", which will soon also be launched into orbit. For considerable personal achievements in establishing an independent Ukraine, affirming its sovereignty and strengthening the international authority was awarded B.M.Rassamakin a medal "25 years of independence of Ukraine."

The success in the preparation of engineering and scientific personnel on TEF Department is achieved when the organic unity of the educational process with scientific work. Results of scientific research are displayed in the lectures, textbooks, guidance in real diploma projects and master's dissertation. This not only restores and enriches the content of the courses, but maintains a high scientific level of teachers.

In modern conditions TEF, despite the difficult socio-political and economic situation in the country, providing its students a high level of training. Demand on graduates TEF far outstrips supply, which indicates the high quality of training at the Faculty and its high credibility in the energy sector. The faculty has been and remains a reliable supplier of engineering and scientific personnel for thermal and nuclear power providing the further development these basic economy branches of Ukraine.