Sukhodub Iryna Olehivna: From a student - to a specialist in energy efficiency 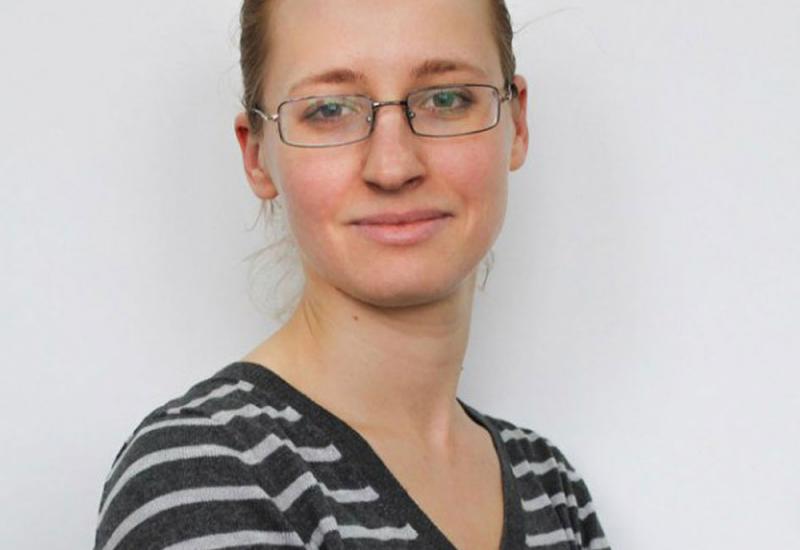 Meet this funny, creative and friendly girl - assistant professor of Department of Heat Engineering and Energy Saving at IEE Iryna O. Sukhodub. She won the nomination "Young Teacher-Researcher" in the annual competition at Igor Sikorsky Kyiv Polytechnic Institute. Given the fruitful research activities, this is a well-deserved achievement.

During her studies, Iryna showed herself as an active, enterprising and thoughtful student. In 2008, she became the winner of the 2nd stage of the All-Ukrainian Student Competition in the "Energy Management", with students from 20 universities of Ukraine as participants. Her master's thesis research was carried out in close cooperation with the well-known company Mitsubishi Electric, which provided the equipment. This scientific work continued further during the writing of the candidate's dissertation, which was devoted to the analysis of energy processes in heat reclaim units of ventilation systems. By the way, this prototype is actively used even today in the educational process of IEE – students perform laboratory work and have already defended three master's theses with it.

Iryna Olehivna's scientific research is devoted to the problems of modeling and researching the processes of energy conversion, thermal conditions of buildings, certification of buildings and structures, energy audit and energy efficiency improvement of objects. I.O. Sukhodub is the author of more than 40 scientific works, including three monographs and two articles in international journals, which are part of the Scopus scientometric database. The scientist also participated in the harmonization of international standards in the field of energy efficiency of buildings with the normative base of Ukraine.

Associate professor I.O. Sukhodub is a responsible executive of two research projects carried out on state budget and deal with the issues of energy efficiency improvement and the creation of a system of energy management of educational institutions and management of energy consumption of communal energy facilities.

After taking trainings organized by the British Council in Ukraine, devoted to issues of the introduction of English in professional disciplines and the development of international cooperation, Iryna Olehivna has become one of the organizers of university activities in the English language. Notably, one of such events was the workshop for students at the "Belka" workspace called "The 21st Century Skills for Learning and Teaching" in October 2016, attended by representatives of 8 faculties and teachers from IEE, ZF, FMM, FBMI, FAKS, FEA and FL.

By the way, leadership skills have manifested in Iryna since childhood, as she was the president of a specialized school with in-depth study of foreign languages ​​in her native city of Kaniv. Today Iryna Olehivna is responsible for the international activity of the department, is one of the organizers of the All-Ukrainian Competition on energy management, held annually at the IEE, as well as the head of the scientific group of students of Igor Sikorsky Kyiv Polytechnic Institute called "Software complexes for energy modeling of buildings".

Iryna Olehivna takes an active part in educational work with students, is a very responsible and attentive curator, always ready to give good advice and active assistance to students on any issues. For her sweet temper and good temper, intelligence and responsiveness to people, she is well-respected and appreciated by the team. In addition, our Iryna Olehivna is a happy wife and mother; she met with her husband at IEE, by the way. Hence, we wish her new scientific achievements and inspiration in her work!