Pysarenko Georgy Stepanovych. An Outstanding Scholar and Teacher , Academician of NAS of Ukraine 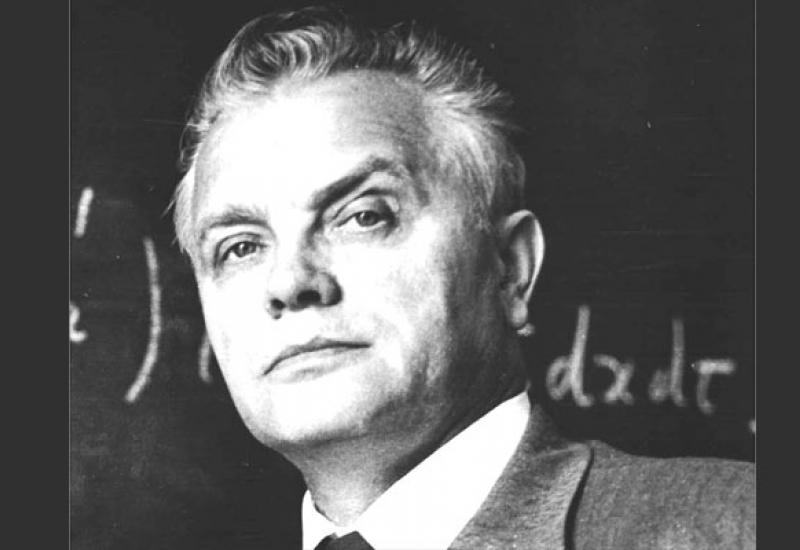 On November 12, 2010 we celebrate the 100 anniversary since the birth of the scientist - engineer , founder of the Institute for Problems of Strength, National Academy of Sciences of Ukraine and the world- renowned school of strength of materials and structural elements in extreme conditions, a current member of the NAS of Ukraine and the International Academy of Astronautics, Honored Scientist of the RSFSR, Laureate USSR State Prize of USSR State Prize in Science and Technology Georgy Stepanovych Pysarenko.

In 1937, on the recommendations of many professors, G.S. Pisarenko as capable and promising young professional scientific activities was admitted without examination to Kiev Polytechnic Institute, specializing in "steam turbine", which was successfully completed in 1941. His thesis: "Determination of deflections and stresses in the diaphragm detachable steam turbines ". G.S. Pisarenko thoroughly studied the theory of bending of plates and on this basis B.G. Galerkin solved the complex problem of transverse bending of plates with the outer circular path.

During the 1941 evacuation of the Academy of Sciences of Ukraine in the city of Ufa, G.S. Pisarenko worked at Ufa Engine Plant, where he and other scientists led to solving of the problem of increasing the strength and reliability of aircraft engines.

After returning to Kyiv G.S. Pisarenko first performed basic research on the basis of fluctuations in nonlinear hysteretic loss statement. This work formed the basis of his doctoral dissertation, which he successfully defended in June 1948. In parallel, the G.S. Pisarenko 1950 began to study the strength of metal materials in the laboratory of special alloy of the Institute of Ferrous Metallurgy USSR, on the basis of which in 1955 were instituted special alloys and metal- USSR ( from 1964 - Institute of Materials ), where G.S. Pisarenko worked as head of sector strength, Deputy Director for Science .

Further scientific and organizational activities of G.S. Pisarenko are inextricably linked with the development of scientific field study of the strength of materials and structural elements that operate in extreme conditions. The result of this activity was the creation of the initiative G.S Pisarenko in October 1966 at the sector strength Institute of Materials Sciences of the Ukrainian SSR united in our country specialized Institute for Problems of Strength, National Academy of Sciences of Ukraine, which he headed from the founding until May 1988

Creation and success of the new institution made possible by the involvement of Pisarenko the work of talented young professionals and graduate students, mostly graduates of the KPI, the creation of qualified research team of staff , availability of basic experimental framework created mainly in the process of pressing problems of strength. Feature of research under the direction of G. Pisarenko - combining theoretical and experimental studies of strength for the effect of factors that accompany the actual operating conditions. Special attention was paid to the development of research in the most important areas of modern technology: nuclear power, aircraft and shipbuilding, chemical engineering, cryogenic engineering, construction of pipelines, apparatus for studying the deep oceans, and more.

The life of G.S. Pisarenko as a student and follower of the scientific school more than 60 years is inseparably linked with the Kiev Polytechnic Institute , where he headed the department for 32 years, strength of materials (OM) of KPI, from 1952 to 1956 he worked as vice-rector for scientific work.

Particularly important for 50 years as the Institute for Problems of Strength of the NAS of Ukraine, and at the Department of Strength of Materials acquired research in the study of the strength of materials and structural elements in difficult conditions and loads according to the actual state of structural elements of new technology. The results are shown in many books and guides, including noteworthy monograph "The strength of materials at high temperatures ", published in 1966, edited by Academician G.S. Pisarenko, which in 1969 was published in English in the United States. For this group of authors monograph in 1969 he received the State Prize of Ukraine.

In 1980, edited by H. Pisarenko a second generalized two-volume monograph «The strength of materials and structural elements under extreme conditions», prepared by a group of authors from the Institute for Problems of Strength, Academy of Sciences of the Ukrainian SSR and the Department of Strength of Materials. This monograph, which has no analogues in the world literature in 1982, was awarded the State Prize of the USSR.

For all his life G.S. Pisarenko paid special attention to the education of young scientists, attracting talented students to research. He was always friendly and warm toward his students, helping them at all stages of research papers, generously shared his ideas with them. 175 candidates trained by him for about half successfully graduated from the Kiev Polytechnic Institute.
G.S. Pisarenko cared about improving teaching course in support materials, training manuals and textbooks of the strength of materials.

In 1968 G.S. Pisarenko in collaboration with V.A. Aharyevym , A.L. Flower, E.S. Umansky V. Popkov published a textbook in strength of materials for students of engineering specialties of higher educational institutions , which based on many years of experience teaching in the KPI, highlighted the main issues of the strength of materials that reflect the current level of science and technology. The fourth edition of which was published in 1979.

The necessity of introducing of such profession was caused by the needs of both institutions USSR (such as the Institute for Problems of Strength, Institute of Mechanics, Institute of Superhard Materials, Institute of Materials Science, Institute of Electric named after Paton). The increasing complexity of engineering tasks in the design stage of new technology products led to the urgent need in problem solving using complex mathematical models and modern computational systems.

The basis of preparation of specialists was the deep mathematical training at the level, as well as in-depth professional training in the field of experimental research methods. In today called specialty trained about 1,000 professionals, 15 of which have defended doctoral and 110 - Ph.D. dissertation.
Our University honors the memory of Pysarenko Georgy Stepanovych, maintains and develops his ideas, his scientific and educational school.

B.I.Kovalchuk , professor of Dynamics and strength of machines and Strength of Materials MMI