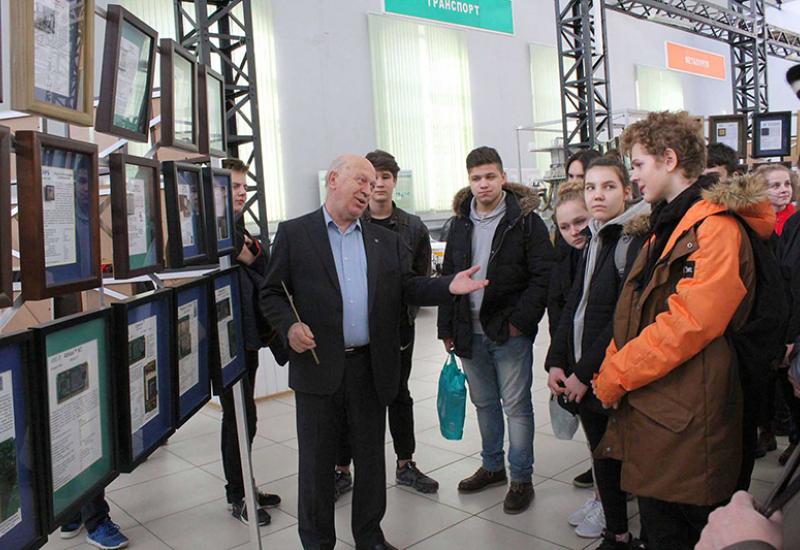 Collections can be different. Someone collects postage stamps, someone collects cacti, someone - badges and cars. Bohdan Peniuk, co-founder and director of the information security department of EPOS company, collects microprocessors. The EPOS company is one of the leading ukrainian companies that provides solutions and services on the field of information technology. The collection of  B. Peniuk is fantastic - from the first INTEL  P4004 microprocessor, which was introduced to the world on November 15, 1971, to the most up-to-date processors of the world's leading companies. Nowadays, they work in a variety of devices used on earth, in the sky, at sea and even in space. Moreover, in the 50 years of its existence, the processor of the category of the central node of mathematical machines moved on to one of the main elements that work in the systems of life support of human civilization (supply of electricity and other resources in big and small settlements, means of communication, providing functioning of household appliances and devices, work of medical equipment and more).

" I started collecting this collection in early 2000s. It was the first such an exhibition that took place in Kyiv. It was attended by so many people who were very interested in viewing   exhibits and specific microprocessors. I had the idea not only to start collecting processors, but also to describe the stages of their evolution and development, to show the history of microprocessor development "in little stones", said the owner of the collection.

Most of the collection of these "little stones" is now exhibited at the State Polytechnic Museum at Igor Sikorsky Kyiv Polytechnic Institute at the " 50 Years of Microprocessors or The Silicon Brick of Our Civilization" exhibition. There you can see 230 processors developed in 1971-2015. There are products of more than 20 well-known manufacturer, whose names sound like music for computer players. Among them are Intersil, SONY, NEC, Zilog, SPA " Electronics", Angstrom, CyrixбITT (Integrated Information Technologies), Apple, IBM, Motorola, Sun Microsystems, Texas Instruments, HP (Hewlet-Packard), National Semiconductor, UMS (United Microelectronics Corporation). And, of course, Intel and AMD.

Each exhibit is accompanied by a detailed description, ranging from  the year of its release and specifications to the particularities of application. It seems that all this information can be published as a separate book and this book will be a great present for computer specialists and fans of history of computer technology.

In early March, B. Peniuk met with pupils of the Polytechnic Lyceum of Igor Sikorsky Kyiv Polytechnic Institute and students and made an author's excursion for the exhibition.

His story  was not only about the technical characteristics of the exhibits and the facts of their history. As a great specialist who has been using this technique for many years and perfectly knows its advantages and disadvantages, he shared with the audience his own impressions of working with it and information about the peculiarities of its operations.  Therefore, most visitors listened to him with unwavering attention from the beginning to the end.

It was planned, that the exhibition would work to the end of March, but it could be seen later due to the quarantine measures introduced at the university that made it impossible to visit it.